10 Haunted Places In Israel That Will Give You Goosebumps For Sure! 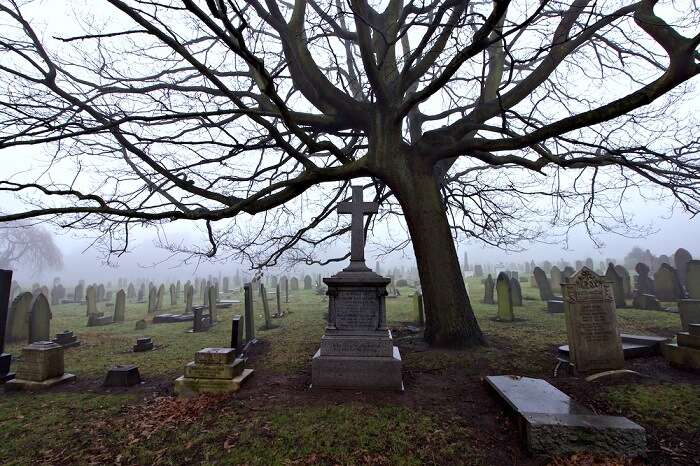 Israel is the world’s leading authority on security and cyber intelligence, but no matter the progress in science and technology there are still haunted places in Israel that defy all logic! Israel has been the center of three religions – Judaism, Christianity, and Islam – over thousands of years and the religious books have warned to stay away from the Devil and his ways. Unfortunately, many places in Israel are plagued by the spirits from the otherworld, and we have listed out some of these most haunted places in Israel that will scare you to no end.

10 Most Haunted Spots In Israel

We bet you do not have the guts to visit these haunted places in Israel, especially once you read here what makes them so, and what is likely to happen when you get there!

1. The mass suicide of Masada

Masada is one of Israel’s top tourist attractions; located on the edge of the Judean Desert it overlooks the Dead Sea. The entire region is a dry, bleak environment, so it’s not hard to imagine the living conditions of the ancient people who lived here. The Cliffs at Masada had a fortification built by Herod the Great back in 37 BCE. According to a Roman scholar, the Siege of Masada took place at the end of the Roman-Jewish War and resulted in the mass suicide of 960 Sicarii and their families. It is said that even today you can hear screams and apparitions of those who died in the siege making it one of the world’s most haunted places in Israel.

Must Read: 10 Perfect Wedding Venues In Israel For Your Happily-Ever-After!

2. The hell of the Valley of Hinnom

The Valley of Hinnom near Jerusalem is also known as Gehenna, and eerily enough the name translates to Hell! Even the name for hell in the Quran ‘Jahannum’ is derived from Gehenna and the placed is supposed to be cursed since time immemorial. The name first appears in Bible verses and referred to this geographical area where children were sacrificed. Several theologians and scholars have researched on the mass sacrifice of children in this area by fire, way back into the 700 BC. Today, the region is populated by towns and cities and olive groves peppered in the hillside. Walking through the hills, one cannot help but imagine the cries of the young children who died there making it among the most haunted places in Israel.

Location: The Valley of Hinnom

3. The Haunted Synagogue of Israel

A synagogue is one of the most unlikely on the list of world’s most haunted places in Israel. Demons and ghosts are rarely found frequenting the hallowed halls of worship, however, the Ari Sefardi Synagogue in the city of Safed is a rare haunt. The synagogue was closed for worship for the longest time because whoever went inside for worship never returned. But a strange incident in 1921 took place, a Rabbi from Morocco known as Baba Sali visited the synagogue. He didn’t accept the haunted stories of the local Rabbi and decided to venture in himself. Miraculously, he went inside and returned alive! Since then the synagogue has been kept open for worship.

4. The House of the Dead Groom of Jerusalem

This story is so unbelievable that it can only be true! In 1882, two wealthy Arab Catholic families had arranged the marriage of their children. They even got a house for the couple in Jerusalem, but unfortunately, the groom died on the day of the wedding under suspicious circumstances. Instead of mourning for the son, the parents got him married and then declared him dead, giving him a decent funeral! How they managed to do that is lost in history, but the house meant for the couple was later said to be haunted. It remained unoccupied for decades till the Jerusalem District Health Office took over and made it their office.

5. The Herodna Houses That Ward off the Devil

Jerusalem is an old city where pilgrims have arrived for millennia, so it’s not surprising that the locals believe that even the Devil pays a visit once in a while! It is rumored that the Devil is continuously trying ways to dig his way to Earth and find innocent people. It is to ward off the Devil’s scheming ways that the people who live in the Herodna Houses paint their doors blue. The blue will confuse the devil into thinking that he has reached too far into heaven and make him leave! With the number of ghosts whisperings and sighting along the street, it just seems like a good idea and not become like the other haunted houses in Israel!

The Clal Centre is a buzzing 15-story office tower and shopping mall on Jaffa Road in Jerusalem. It was the first such tower built in the city and gained a lot of interest among the locals. It might seem an odd place for ghosts to haunt but one look at the screens set up around the building showcase the story of the falling stones. It was rumored that there are members of the local mafia who were buried within the foundation of the building while it was being built. The ghosts of these mafia members continue to haunt passersby, and to protect them the screens have been put up! Also, the height of the tower has been attractive to those contemplating suicide!

7. The Horrors of the Russian Hospital

Hospitals around the world have been haunted due to their connection with death. The old Russian Hospital in Jerusalem also met the same fate! The hospital was built as a part of the Russian Compound in 1860 to care for Russian pilgrims. Later in 1948, the hospital was used to care for Israeli troops in the war. Post the war, things fell apart, and it was said to be haunted by the ghosts of past. Security guards refused to patrol the area around the hospital and workers didn’t want to enter to renovate. After many prayer services by groups of Rabbis, the place was said to be free of ghosts and is now functions as a municipal office.

8. The Graveyard of Failed Businesses at Eini House

One look at the dilapidated Eini House on Agrippas Street might make you wonder about its history. Planned as a modern establishment for offices and businesses it gained the wrath of a local Rabbi who cursed it! Rabbi Shalom Sharabi was said to have cursed the building because it stood in the way of the rising sun, but the builder did not pay heed to the Rabbi and continued with the construction. However, whichever business was set up there failed to take off, and in a city riddled with superstitions, it didn’t take long for the building to be abandoned! The building is now just a ghost of its glorious past.

Worldwide Bus stations are open spaces where buses line up and pick and drop people from around the country. But it’s not so in Tel-Aviv! The Central Bus Station is like a maze of horror, built by Brutalist architect by Ram Karmi and is spread across 2.5 million square feet. The scariest of ghosts are the ones in your head, and the spooky corridors and nooks of the Central Bus Station offer enough fodder for your mind! The station even has a nuclear bunker underneath its belly. You can easily get lost in the bus station and never be able to find your way out, so be careful!

10. The horrors of the Nightmare Maze

If you haven’t been able to get enough scares out of the above list of haunted places in Israel, then we suggest a quick detour to the NIGHTMARE. The Nightmare is one of the most haunted houses in Israel, and its maze is designed to ensure you really get all the scares of your money’s worth! If you can’t get out on your own, then all you have to do is shout ‘Nightmare,’ and the staff of the house will get you out. It is one of the most visited tourist attractions in Eilat and loved by people of all ages, both young and old.

Further Read: 15 Scenic Israel Beaches That Flaunt The Best Of The Mediterranean

Intrigued by these stories? There’s no way you aren’t! So, when you take a trip to Israel, make sure you stop by these scary haunted places in Israel with your friends and put your bravery to the test! Also, don’t forget to tell us about your experience when you’re done.