Toronto International Film Festival 2021: Come And Catch A Glimpse Of Your Favorite Star 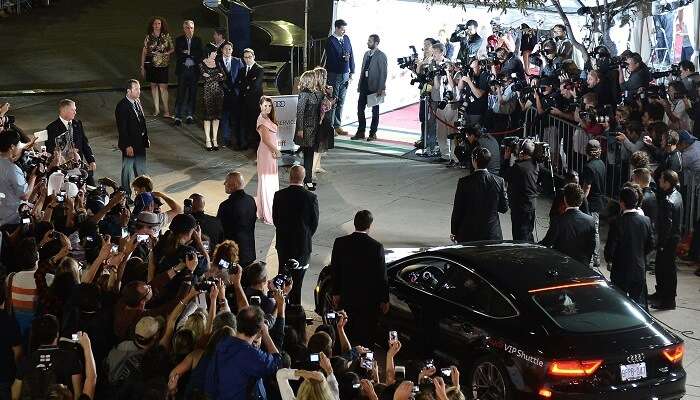 Toronto International Film Festival is recognized as one of the most prestigious film festivals of all time in the world where filmmakers, film enthusiasts, industry professionals, and media all unite for one thing and that is the love for cinema. These industry professionals all sit under one roof and watch the best in new cinema unfold in front of their eyes as the screening takes place on a set of dates. Films are selected on the basis of quality and originality, preference is given to premieres. The festival unites enthusiastic audiences and filmmakers that come together to exchange ideas about art and the business of filmmaking. The main purpose behind the festival is to create awareness and encourage love and understanding for cinema, the mission of Toronto International Film Festival is to screen the best of low-budget independent films from around the world, it is a celebration of talented filmmakers working on a shoe-string budget.

Toronto International Film Festival held annually in Toronto in September was founded in 1976 as the Festival of Festivals, with the purpose of screening movies from other film festivals, and has since become one of the largest film festivals in the world that portrays an array of films curated by talented filmmakers from Canada and around the world. It is one of the most prestigious gatherings for a whole bunch of film talent. The festival is particularly for promoting new films and low-budget films. It provides a platform for exceptional filmmakers to showcase their talent and honour their work.

DISCLAIMER: The following lineup if for previous year. We will be sharing the new list with you soon. So stay tuned!

The lineup is here and it looks like a wide range of applauding films including the likes of Mister Rogers movie ‘A Beautiful Day in the Neighbourhood, prestige plays like Cannes-winner Parasite, and dark supervillain fare like Joker, starring Joaquin Phoenix as Gotham’s bad guy. Let us have a look at some of the highlights and key acts at this year’s Toronto International Film Festival.

To know the entire lineup you can check out their website here.

This year’s Toronto International Film Festival takes place from September 10 to September 20, 2021. It runs for the entire duration of 10 days and screens about 300 to 400 films from around the globe. Last year the opening gala has been announced as the documentary film Once Were Brothers: Robbie Robertson and The Band, directed by Daniel Roher and will close with a screening of biographical film Radioactive, directed by Marjane Satrapi. It has an average of more than 250,000 attendees who come to celebrate their love for cinema.

Suggested Read: 10 Food Festivals In Canada For Those Who Love Food And Festivals!

Submissions are open on a rolling basis year-round. Submissions for Toronto International Film Festival 2021 will open in February. All submissions are to be made via Withoutabox, you can check out the website here.

Suggested Read: Canada In September: Your Personal Guide For A Tour Down The Best Experiences

To avoid the long queues at the venue, buy your tickets in advance online through the official website. Tickets go on sale to the public on September 2 at 10 am. Pre-sales begin on August 23rd and August 31 for all other member levels. To get your preferred seat at a general admission venue, the best time to show up is an hour before the screening start time.

Pricing for venues without assigned seating

Further Read: Top 21 Things To Do In Canada For An Absolutely Thrilling Holiday In 2021

If you call yourself a film enthusiast then buy your tickets to the most prestigious film festivals in the world and tour the city of Toronto while you’re at it. The Toronto International Film Festival tickets go on sale on September 2 at 10 am, make sure you book them in advance to not miss a chance and experience the festival to witness your favorite stars come alive in front of you!

What the Toronto International Film Festival about?

Toronto international film festival was actually initiated with the core purpose of creating career opportunities for filmmakers. The festival does so by emphasizing the theme of the film, which lures the attention and attraction of the audiences with its minute details.

What is the ideology behind this film festival?

The ideology of the Toronto International Film Festival inclines towards the natural human tendency to get motivated to innovate out of talent by visualizing the rewards.

How filmmakers set their careers in it?

By focusing on the reality of life, the quality of script content gets a new edge and idea. Most of the Filmmakers get the ideation core for their career through it.

What are the basic requirements for a film to be selected?

The film must be very much in line with reality. The audience must feel it relatable and they must be touched with the concept. The conceptualize film, making people introspect their attitude is usually found to be selected.

What kind of background does the Toronto International Film Festival have?

Toronto international film festival has marked the position to stand as the world’s largest film festival to date. The festival is performed every year consistently from 1976.

List the names of the films, which holds the nominations?

Is there any Dress Code for the Toronto Film festival?

Well, yes. During the day hours, informal dress code is welcome. Proper casual like T-shirts, shorts, and casual dresses are doable, but shoes or sandals are expected during suffice for screenings, meetings, and in general hanging out.