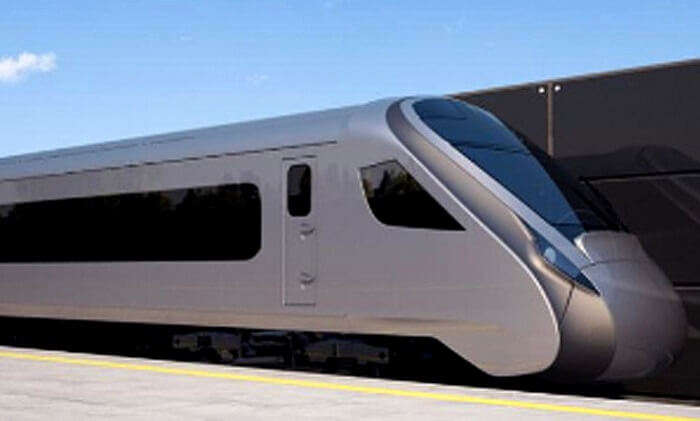 While traveling by train across Indian cities was already a fun and a hassle-free affair, it will soon also become a more time-saving mode of commute with the launch of two world-class trains by Indian Railways. The ‘first of its kind’ semi-high speed and semi-propelled trains will roll out on the rails in June 2018 and then in 2021, and cut your travel time by at least 20% in comparison to the other locomotive hauled trains.

The world-class ‘Made In India’ trains are being designed by the Chennai based Railways’ Integral Coach Factory (ICF) who will manufacture the first 16 fully air-conditioned coaches by this June.

Being touted as Train 18, the first set of train will boast amenities like on board Wi-Fi and infotainment, GPS based passenger information system, and stylish interiors with diffused LED lighting. “This new train with an aerodynamic nose for reduced drag and for improved aesthetics is likely to replace the elite Shatabdi trains, which are currently used for superfast intercity travel.”, as mentioned in the Times Of India report.

The General Manager of ICF, S Mani has stated that “Train 18 can travel up to a speed of 160 kmph, will have world-class facilities for passengers, and the first set will be ready by June 2018.”

Whereas the other train named as Train 20 will most probably be launched in 2020 and be equipped with luxurious facilities good enough to replace the elite Rajdhani Express. Both of these trains under the ‘Make In India’ projects by the ICF are being manufactured for half the cost of the imported train sets, with the only difference between the two being their aluminium and stainless steel body type.

These trains will cut your travel time by 20%, and also have continuous window glasses for a more contemporary modern look, ‘automatic plug-type’ sliding doors & sliding footsteps, and zero discharge vacuum based bio-toilets. So, you can imagine a whole new level of luxury in the Indian trains.

A study also shows that while the Rajdhani and Shatabdi Express can go up to 150 kmph, they are only able to maintain an average speed of 90 kmph because of certain speed restrictions. But, these new trains will be able to cut the travel time by three hours and thirty five minutes (approximately) on the 1,440 kilometer Delhi-Howrah route, as reported by TOI.

With these two new trains, we will surely be able to commute faster than before, and that too without splurging.