Mount Everest Solo Climb To Be Banned With Immediate Effect! 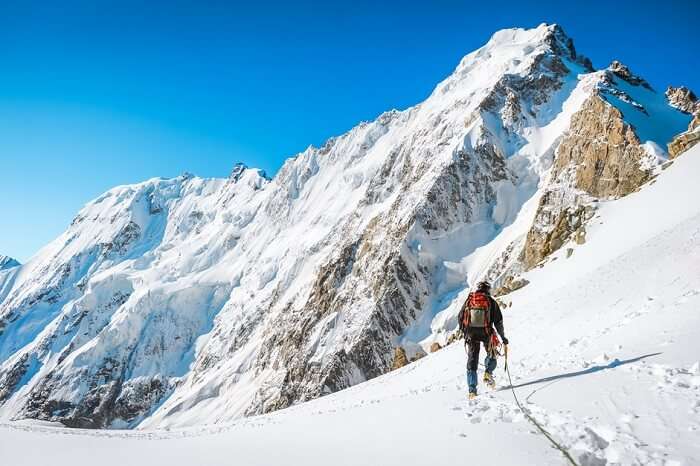 Mountaineers all around the world dreaming of a Mount Everest solo climb will, unfortunately, have to alter their plans a little bit as the Nepalese government has banned all solo ascents from here on out.Citing safety of climbers and a boost in tourism, here’s how this ban would affect international climbers.

Towering above the Himalayan range at a dizzying height of 29,000 ft (8850 meters) above sea level, a Mount Everest solo climb is the ultimate dream for any mountaineer. However, in lieu of the safety of climbers and providing an employment boost to the local sherpas and guides, Nepal government has banned all solo climbs to Mount Everest with immediate effect.

What the government said

As eyebrows were raised all around the world upon hearing this decision, the Department of Tourism released a statement explaining their move.

“The mountaineering regulation has been amended to improve the safety of the climbers and has delegated more power to the Department of Tourism to function independently,” Tourism Secretary Maheshwar Neupane told the Kathmandu Post.

“It has also ensured the rights of high-altitude Nepali guides and climbers.”

The safety of climbers had long been a concern for mountaineers across the world. Last year alone, at least six people died while trying to summit Mount Everest. This current death count took the overall Everest related deaths since the 1920s to more than 300.

Along with that, curbing Mount Everest solo climbs would mean that every foreign climber would need to be accompanied by a Nepalese Sherpa. This would further promote the interests of high-altitude Nepali climbers and guides. An estimated 600 people receive a permit from Nepal government every year to climb Mount Everest with each permit costing somewhere in the range of $70,000.

Having put a blanket ban on a Mount Everest solo climb, the Nepalese government received a lot of criticism from aspiring Everest climbers and advocates of the active empowering of differently-abled people. Activists have voiced out their concern citing the infringement of human rights and claimed that this would not encourage differently abled people to go out for the adventure on their own and test their own limits.

The reactions are varied, and the effectiveness of the solutions provided to the long-lingering problems still remain to be seen. But for now, the certainty is that there will be no Mount Everest solo climbs possible in the near future.