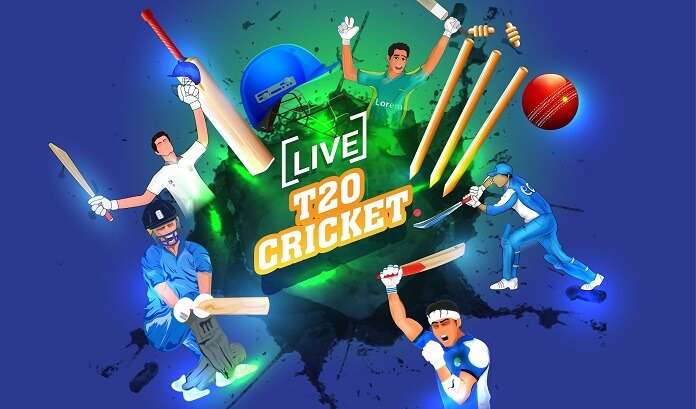 Eighty minutes. Twenty overs. Nine Fielders. Two Batsmen. One Bowler. And more than a billion people coming together and praying for the victory. That is exactly what cricket is. Bringing this sport to a whole new level is the famous T20 World Cup 2020 that is nothing less than a fast and the furious one-day version of the most-awaited matches. Appealing immensely to the crowds, the World Cup this year has every cricket aficionado waiting eagerly with their hearts in their mouth!

Hosted by International Cricket Council or ICC every year for the past two years, this men’s T20 cricket world cup is back and how! Praying with held breath for the ball to hit a six when it forms a parabola in the air and roaring when the empire raises both hands above his head is a joy like no other. Bringing together the communities, cricket is not just any other sport. It’s a feeling. This piece has answers to all your questions while we wait for the biggest tournament of the year!

Here is a list of important details that one might need answers to when planning to attend the craziest and the most exciting cricket tournament of all time!

Find below the T20 World Cup 2020 venue for qualifiers as well as the Super 12 matches.

These 14 teams will be fighting for the top six spots of the first round of the T20 Global Qualifier.

Find below the T20 World Cup 2020 schedule that exhibits the dates, teams, venue, and other match details.

Find below the ticket prices for final and semi-final matches taking place in Australia.

Things To Keep In Mind

Here are a few pointers that one should keep in mind when planning to attend the T20 World Cup in the year 2020.

How Well In Advance To Book Flight Tickets

How much fun traveling by flight might be, there are always a few factors that one should keep in mind such as timings, dates, and the flight company one chooses to travel with. In order to avoid getting disappointed because of the fully-booked flights and in order to avoid paying extra charges that could have easily been dodged, one should make sure that they book their tickets well-in-advance. It is advised that one books their flight tickets during the ‘Prime Booking Window’. This period is at least four months to a maximum of three weeks before the day of departure.

When Do The Match Tickets Go Live

Just like the flight tickets, the chances of World Cup tickets getting sold out are pretty high. It is always better to be aware about the dates of registration to avoid any kind of disappointment. For T20 World Cup 2020 the sale of tickets would commence on 18th October for both qualifiers and Super 12 matches.

Best Accommodation For Near Each Venue For Each Budget

There is no dearth of places to stay in Australia, irrespective of what the budgets of travelers are. Take a look!

T20 World Cup 2020 venue i.e. Australia experiences an extremely pleasant and welcoming weather in the months of October and November. Since it’s neither too hot nor too cold, one should pack the following things when traveling to the land of the Outback for the biggest cricket tournament of the year.

How To Reach T20 World Cup

Since Australia is one of the most popular and loved countries amongst flocks of travelers, commuting to this destination has been made much easier and feasible. The fastest and the most common mode of reaching this beautiful country is via airways. Australia is well-connected with the major parts of the world through airways only. The country has no land connection with the majority of the world. This country is home to several international airports, with Melbourne and Sydney being the busiest. Air India is the only direct flight that connects India to Australia. Other flights that fly to Australia include Jet Airways, Cathay Dragon, Thai Airways, Cathay Pacific, and Qantas Airways.

T20 World Cup 2020 is one cricket tournament that glues spectators to their televisions. Bringing together people from all over the country, T20 World Cup is ready to leave its mark yet again. Why enjoy the record-hitting tournament on air while you can support your country and the players from the bleachers. Apply for your offs, plan your escape to Australia , and get ready to witness the most-awaited match live!

Q. What is the buzz around the T20 World Cup?

A. The venue for World Cup T20 is Australia. Matches will be held across different cities in Australia like Perth, Brisbane, Geelong, etc.

Q. Who is heading the Indian team for the World Cup T20?

A. Virat Kohli, the current captain of the Indian team is heading the team for World Cup T20. His captaincy is known to produce good results.

Q. Which are the matches of T20 most looked forward to?

A. The matches between India & Pakistan, India & Australia, and India & Bangladesh are most looked forward to. After winning the World Cup 2019, the matches between England and other countries like New Zealand are also eagerly awaited.

Q. Who are the official sponsors for T20?

A. The big names which one can spot usually during the World Cup tournaments and other major tournaments are the official sponsors for the T20 matches as well. Coca-Cola, MRF Tyres, and Royal Stag are a few to mention.

Q. Where to buy tickets for the World Cup T20 matches?

A. The booking for the T20 matches will open only in late 2020. The matches set to happen in places around Australia will have their stadium ticket counters selling the tickets. There are also facilities where one can book tickets online.

Q. Which are the official broadcasters of World Cup T20?

A. Star Network is the official broadcaster of World Cup T20. It has been a tradition sort being followed for the past many years.

A. No, as all the matches are scheduled to happen in Australia, no matches would happen in India. There are chances to witness the T20 matches if India hosts World Cup T20 soon.

Lake Gairdner: A Pocket Guide To Indulge In A Calming Holiday Experience In Australia!

Destination Of The Month: What Makes Australia In October A Great Time To Go Down Under In 2021?