Haunted Places In Austin: Try Not To Skip A Heartbeat At These 10 Most Spooky Spots 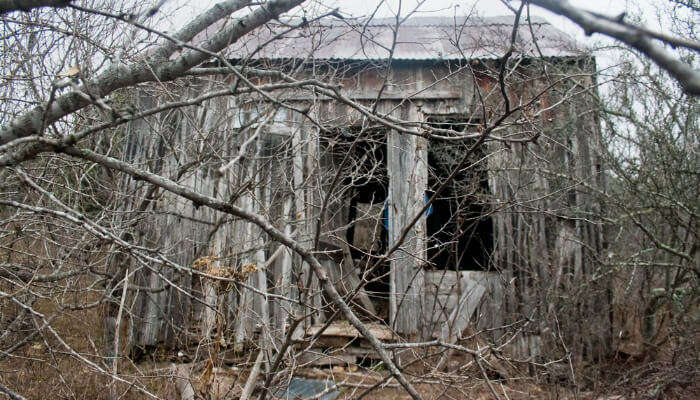 Austin is one of the fastest growing larger cities in the United States and is home to various lakes, rivers, and waterways. Austin is a major center of the high tech industry and the educational centers here are renowned all over the world. It is a financial hub that hosts all major tech companies ranging from Google to Amazon. Austin also has a distinctive culture and its people are affectionate. According to many magazines and independent studies, this place is one of the best places to live in America. The place attracts many young job seekers every year which also gets to enjoy its culture, music, affection, and high living standards.

The place has a comparatively clean environment and has many parks for recreation. The unique music, theatres, and sports keep people engaged and excited. Along with these fabulous places, haunted places In Austin are also very popular among people. There is a lot of apprehension about these places and tales regarding them is enough to scare the hell out of anybody.

10 Most Haunted Places In Austin

Here are the top 10 most haunted spots in Austin where people have witnessed many strange activities. If you are intrigued by paranormal activities then these places are worth a visit.

This beautiful house was made for major George Washington who lived with his wife Alice. They had no children and died in the same house. It is said that one can see the ghost of Alice roaming at night in the property and nearby areas. Also, some people say that Alice plays piano throughout the night. It is one of the most haunted places in Austin Texas.

Must Read: 10 Pocket-friendly Hotels In Austin That Are Packed With Amenities

The people who visit this massive cemetery often say that it has some strange and frightening vibes to it. The cemetery was established in the 19th century and is the resting place for many individuals. Some people claim that they have witnessed strange incomprehensive activities happening in the area. It is one of the best haunted places in Austin that may demand second thought if your are planning to give it a visit.

Suggested Read: Top 12 Things To Do In Abbotsford In 2022 That Makes It A Hippie-Happy Town

Sam Houston is one of the governors that used to reside in the mansion in the early 19th century and people still claim to see him roaming in his bedroom at night. Ghost of another governor Pendleton Murrah is also seen by numerous people in the mansion and around it. The tales of a young man killing himself in the mansion is famous among the locals.

Suggested Read: Walt Disney World: Enter The Dream World In This Theme Park In USA In 2022

The eye-catching hotel was built in 1886 by Colonel Driskill. The staff and management claim that they have seen Driskell roaming in the hallway of the hotel and one can even smell his favorite cigar. There are rumors that some guests at the hotels have committed suicide here in the early days and their ghosts haunt the place till now.

It is a place that people say is haunted by numerous people. One of them is Robert Marshall Love who was killed on his working desk. Even former governor ghost is seen by people on the 1st-floor window that incessantly stares at the visitors.

Suggested Read: 47 Most Haunted Places In India And Their Real Ghost Stories In 2022!

Image Source
The buffalo billiards is a pool bar which is established in a very old building but is properly renovated. The people usually come here to drink and enjoy. Here they feel the presence of the ghost they call ‘Fred’ who makes his own drinks and often pranks with other people.

The famous university has educated many sharp minds over the years but its history also holds many spooky happenings. The theatre in the university is where people claim they sometimes see the body of a boy that committed suicide many years back. The strange slamming of doors and windows is also common.

Suggested Read: 12 Most Luxurious Villas in USA For Your Next Family Vacation In 2022

The hotel provides a restful and pleasant stay for the people touring this beautiful city. But guests at the hotel claims that they have encountered ghosts in the hotel whom the staff considers as their former guest jack who committed suicide by jumping off the balcony many years back. The staff claims that they hear strange noises from the vacant rooms of the hotel which are quite scary.

The Austin inn is a place where people have witnessed various paranormal activities. Many people claim that the ghost of a lady and its two baby boys floats in the hall of the building. Various strange noises and even music can be heard during the night.

At this top haunted place in Austin, people are not allowed to visit after 10 pm as many unfamiliar and frightening voices can be heard around this place. It is believed that Gideon White was killed here by some native Americans and one can also find the graves of a number of people who died because of cholera and other diseases.

Further Read: 10 Thrilling Water Parks In USA To Pamper That Child Within You

The financial hub of Texas, Austin is of the most liveable and enticing places in the United States. The young population is attracted by the various employment opportunities that this place holds. Also, the local population is very friendly and welcoming . The place also houses many beautiful lakes, gardens, and waterways. Apart from this, haunted places in Austin are also quite popular among people who are intrigued by the stories of ghosts and extraterrestrial powers. Visit these strange places in your next USA trip with TravelTriangle if tales of the paranormal activities generate curiosity in you.