5 Haunted Places In Manila That Are Not For The Faint-Hearted! 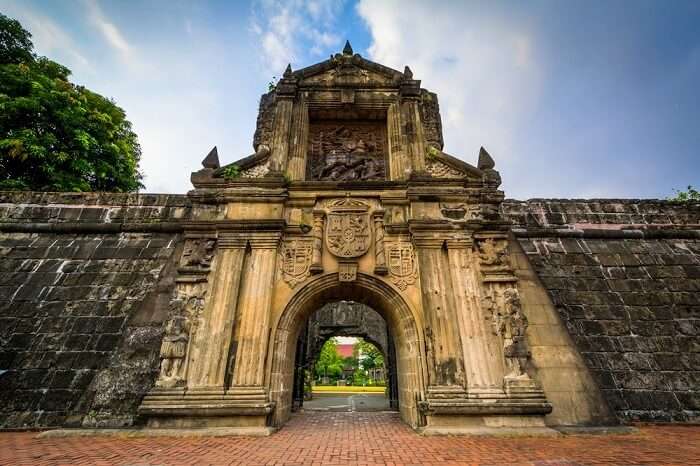 Manila is a beautiful city in the Philippines and offers a lot of amazing experiences that will satiate your wanderlust like none other. But some places have an other side to it that you might not be aware of! Here, we are talking about the haunted places in Manila that have frightened many locals as well as tourists from head to toe with their stories only! If you are one of those people who are interested in going to the depths of the paranormal activities, then, you must visit these places in your life!

Here is a list of the best haunted places in Manila that are scary enough to make you think twice before visiting them. Take a look!

Image Source
This used to be one of the most popular cinemas in the city that was supposed to be the base of Filipino cinema. Now there remains an old, haunted building which speaks of the sad stories of past. The story behind it being haunted goes like, while the workers were busy in completing the task of building the center, the upper floor collapsed and they all died under it! There are other stories as well that will send chills down your spine!

Image Source
The University of Santo Tomas is older than four centuries! The old building is surrounded with several rumours that make it one of the most haunted places in manila. One of the rumours have it that a girl committed suicide in one of the restrooms. And the other students have heard footsteps! This might seem relatable to you as there are many such universities around the world!

Image Source
This is yet another spooky place that will frighten you to a great extent when you will think about it. Just imagine you are working somewhere and the place is known to be haunted. You are supposed to leave as early as you can so that you are not left alone or probably with the ghosts! Same is the story of this hall which would look very normal from outside!

Suggested Read: 12 Places To Visit In Manila In 2021 For A Weekend Of History, Culture, And Fun

Image Source
Forts are mostly always associated with ghostly stories! Tales of spirits and souls are lurking in the abandoned and silent corridors of the places. And often, there is a saddening story behind the eerie presence. Such is the story behind the scary fort. The fort was used as a spot to imprison the Filipinos by the Japanese. Those prisoners’ ghosts patrol the fort at night, the rumour has it. Don’t even dare to visit the fort at night.

Malls are the most common places that everybody goes to for almost everything! What if you get to know that the mall you have been going to, is haunted? Well, there are such stories wherein malls get abandoned and then become the source of scary events. Star Mall in Manila is also one of those places. The mall is built on a cemetery and therefore, is a spooky place!

Further Read: 10 Temples In Philippines Where You Can Make Up For Past Wrongs

You might have heard about the beauty of the city but definitely, not about the haunted places. If you are daring enough to go into the roots of these places, explore them and find out what’s behind the dark, then do plan a holiday in The Philippines and treat the thrill-seeker in you like never before!

Q. What is the story behind the haunting of Manila Film Fare?

A. During the construction if the Theatre, the upper floor of the building collapsed due to which many workers were buried in rubble while others were impaled on steel bars. Imelds who was the supervisor of the project believed that rescuing the corpses would only delay her project and she ordered cement to be poured over the victims. It was believed that 158 men were buried alive who are now haunting the place.

Q. What are the other haunted places to visit near Manila?

A. Some of the other haunted places that travelers can visit near Manila are:
– Robinsons Galleria
– University of the Philippines Diliman Campus
– Miriam College
– Manila City Hall
– PNB Branch Pasay

Q. What are the opening and closing timings of Fort Santiago?

A. The opening and closing timings of Fort Santiago are 8 AM to 9:00 PM. The Fort is open from Tuesday to Sunday and remains closed on Monday.

Q. What is the entry fee for Santiago Fort?

Q. What is the story of the haunting of Star Mall Alabang?

A. According to people, this mall was built over former Albang cemetery and is now haunted by  the dead. It is believed that the ghosts of the cemetery are very angry that the mall took its place and hence  they often scare the people.

Q. What are the opening and closing timings of the Manila City Hall?

A. The opening timings of the city hall is 8:00 AM and the closing timings are 5:00 PM. The hall remains closed on Saturday and Sunday.