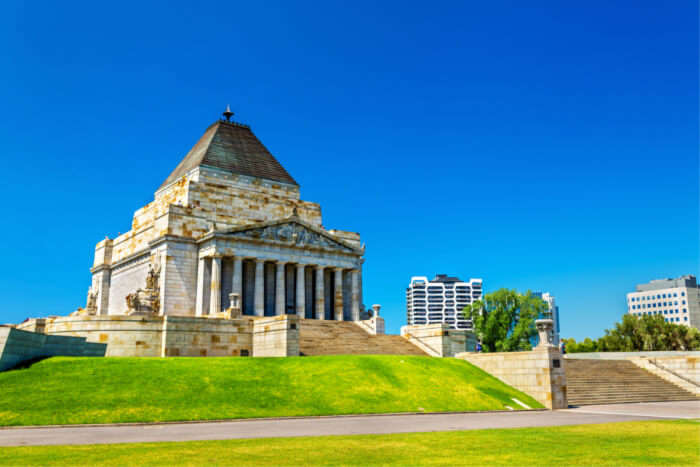 Popularly known as the cultural capital of Australia, Melbourne is a beautiful city flocked by travelers. Other than the popular beaches, and its dazzling nightlife, the city also has a number of museums. These museums in Melbourne range from prehistoric times to space exploration. Some museums have occupied old architectural Victorian buildings while others have the most modern buildings which can’t be seen at most places in the world. Marvel at the amazing architecture and the treasures these Melbourne museums hold.

Among the numerous Melbourne museums occupying the cityscape it is important to shortlist the most significant places one should visit first. Here is a list of the best and significant museums in Melbourne to have the best Melbourne experience.

Start your tour with the museum named after the city itself. Established in 2001, this museum is dedicated to history, culture, science, and everything that’s about Melbourne and Victoria. One can find Victorian artifacts, maps of the city, post-modern art exhibits, IMAX cinemas and more here. It doesn’t matter if you are visiting the museum for the first time or the umpteenth time, this museum won’t fail to surprise you.

Must Read: These 10 Hostels In Melbourne Are Chic, Comfy, And Easy On The Pocket

Immigrants make up a large part of the Australian population. Since the arrival of Captain James Cook in 1770, Australia has seen a drastic change in its demographic makeup. Once home to only the aboriginal community, today Australia is home to people from over 200 different countries. Moreover, today about 28% of the population claims to have been born outside Australia. This museum explores the ways and reasons for people to make this long and sometimes arduous journey to this land. The museum also displays the artifacts these immigrants brought with themselves to Australia.

Shrine of Remembrance was erected about 90 years ago in remembrance of those who served in the World War 1 and all other Australians who have served in military and peacekeeping missions. The visitors can walk through the numerous galleries and exhibits of the museum including the iconic Gallery of Remembrance, Gallery of Medals, and The Victoria. One can see an array of around 800 different artifacts ranging from medals to uniforms and letters to the soldiers.

Situated at the sight of a former Victorian Prison, this museum gives you an inside view of how it used to be inside a colonial-era prison. The Old Melbourne Gaol Museum houses different artifacts and accounts related to the inmates of the prison and their day to day living. Having housed some of the popular criminals such as Ned Kelly and Frederick Deeming Bailey, the museum is quite a famous attraction.

This is the oldest, largest, popular and the most significant art gallery in Australia. When the artifacts in hand at the National Gallery of Victoria increased too much to handle at one place, they shifted the collection to another place leaving behind a plethora of international art that you can witness at this big and spacious museum.

Endeavoring and promoting the historical and national heritage of Greece is the purpose why this museum was set up. Housing a large array of artifacts dating back to thousands of years from the times of the ancient Greek rulers, Hellenic Museum in Melbourne displays artifacts from the Benaki Museum in Athens which covers an 8000-year long history of Greece.

Suggested Read: 7 Fascinating Temples In Melbourne That Are Enchanting Beyond Your Imagination

Located in the middle of Chinatown, the Chinese Museum in Melbourne was opened to preserve the culture and legacy of the Australian-Chinese community. Acting as the visitor’s center in the middle of Chinatown, the museum houses numerous art objects and artifacts including the Millennium Dai Loong Dragon which is the largest Chinese dragon in the world.

As the name suggests the museum is dedicated to the field of science playing a part in every other field. A very interactive and interesting museum for children and adults alike, with its plethora of interesting and engaging exhibits, this museum is a perfect example of learning and fun.

10. Australian Centre for the Moving Image

This is a museum dedicated to everything that’s moving and is related to screening. Set in a special purposefully built space having two cinemas, this place screens movies mostly as a part of some festival or an exhibition. One thing for sure is that one won’t find these films in common multiplexes of the city.

Further Read: 15 Best Hotels In Melbourne For Every Wallet Size

Enticed yet? Know more about Australia through these interesting museums in Melbourne. Book your trip with TravelTriangle now! Make sure to take a friend or your partner along with you. That way, both of you will learn a great deal about the history of Australia and more importantly, the significance of museums.

Gold Coast In December: A Pocket Guide For A Thrilling Holiday In The Aussie Land

Ayyappan Temple In Sydney: All You Need To Know For Planning A Blissful & Hassle-Free Trip

15 Reasons Why Spending Winter In Australia 2021 Is Better Than Being Anywhere Else!