7 New York Museums To Get A Glimpse Into The Art, Science, And History Of The City 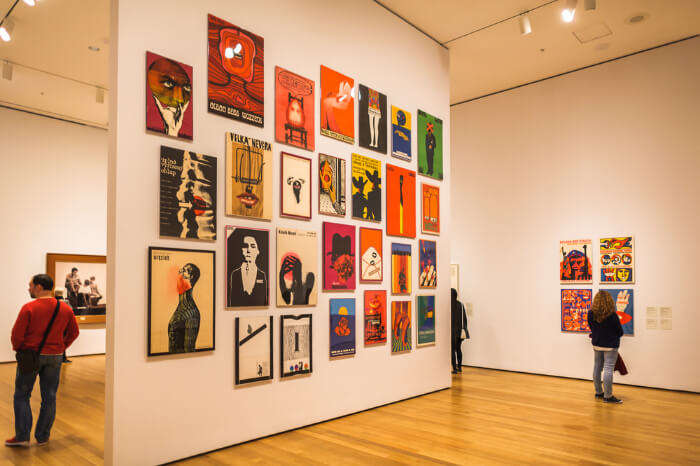 The city of New York is especially celebrated for its passion and love for arts. Its history plays an important part in the making of the city. It has been enriched by the flourishing artistic fraternity and the culture has joined in to make New York as mesmerizing as it could have possibly become. Let’s get to know the place through New York museums and learn of the city’s rich cultural heritage.

Here is a list of the best museums in New York for you to visit during your next trip to the city. Read on to know more about these museums:

Let’s start with the famous New York art museum, the Metropolitan Museum of Art, and explore the charm of its nineteenth century architecture. It was established way back in 1880 and housed in the Victorian Era Central Park. The iconic New York museum is famous for its extraordinary collection of arts as old as 5,000 years. Spanning from prehistory and covering all the way through the latest contemporary works, the museum flaunts a vast section of artistic charm under one roof.

The collection is an unparalleled one comprising of two million objects. Among these, there is a mesmerizing collection of the museum’s Old Master paintings complemented with the ancient Egyptian Temple of Dendur and to match to its galore there are museum’s famed period rooms.

Must Read: 10 Hostels In Washington DC That Offer Luxury Without Burning A Hole In Your Pocket

Next in line is this New York art museum which was famously founded after taking over Whitney’s former home which was designed by Marcel Breuer and resides on Madison Avenue, since 2015. Later it was renamed as the Met Breuer, as it is seen today in its present form, and it now showcases Met’s primary collection of modern and contemporary art.

Talking about museums in New York and not talking about the famous Solomon R. Guggenheim Museum in the Upper East Side is a sin of highest order. Let’s pay our tribute to Frank Lloyd Wright whose vision was materialized with the design of this building that he completed in 1959 and which became the famous Guggenheim. It has ever since been a magnificent attraction of the city. Behold the uniquely spiraling rotunda and you will get the chance to see the daring art shows and the mesmerizing collection of art. In the collection there is Peggy Guggenheim’s Cubist art with some of the greatest Surrealist and Expressionist works. One can also find United States’ largest collection of Kandinsky here.

The American Museum of Natural History is famous in United States because it is absolutely mind boggling. The collection includes some of the most ravishing artifacts. There are rare specimens of artistic brilliance sourced from across the globe. This New York historical museum was founded back in 1869. The museum is unique in its representation of all the glorious origin stories, which go back all the way to the big bang and tell tales of creation. The museum is famous for its 94-feet long blue whale which sits in the famous Milstein Hall of Ocean Life and stretches till the Hayden Planetarium. This planetarium is now under the direction of the celebrated astrophysicist and a famed media personality, Neil degrasse Tyson.

Brooklyn Museum is the third largest museum in the five Boroughs. Another fact about this museum is that it is designed around the encyclopedic template, same as the Metropolitan Museum and all of its collection is kept ceremoniously in a 1897 Beaux-Art building. This famous building flaunts period rooms that hold exotic and ancient Egyptian and African Art. There is a elaborate collection of modern and contemporary paintings complemented by equally exotic sculptures, and more.

Suggested Read: 10 Incredible Restaurants In Washington DC That Are Creating A Lot Of Buzz

If you steer towards the Midtown, you would come across the famous Museum of Modern Arts (MoMA). The place has grown way beyond the capacity of a museum and can accommodate an image of an arbitrator of modernity. Going beyond the traditions of museology, MoM goes on to decipher what constitutes as modern. The museum was founded back in 1929. After its inception days, the 21st-century MoMA has not refrained itself from the reinventing process and has been expanding to a global denominator of art, a destination much like the Metropolitan Museum.

Suggested Read: 15 Best Places To Visit In Washington DC That Will Take You Back In Time

The museum was founded in 1977 and since then grown from a single gallery space into a gigantic global dome for the art connoisseurs of the world. In 2007, the museum was shifted into a much larger seven storey building situated on the Bowery. This new building was designed by the cutting-edge architecture firm from Tokyo.

These famous New York museums will surely give you a peek into the brewing artistic passion of the city. To enjoy this experience book your trip to New York with TravelTriangle and explore these amazing top museums in NYC for yourself!

20 Scenic Beaches In America Known For Their Vibrant Atmosphere

10 Best Wedding Venues In Texas For Getting Hitched In A Lavish Way!

Arizona Honeymoon: 8 Romantic Places Where You Can Escape With Your Partner

8 Romantic Honeymoon Places In Texas Where You Can Sit Back And Relax!