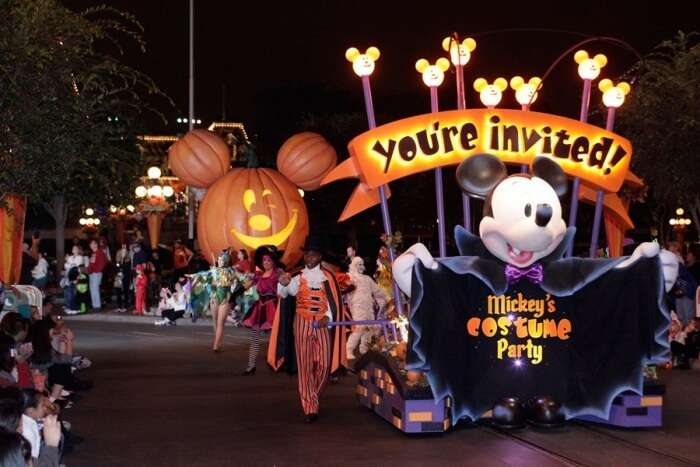 A city where the sky’s the limit, Los Angeles is definitely good enough to give its visitors and localites a scare of their lifetime. With the Hollywood industry in the background, Halloween parties in Los Angeles are good enough source material for spooks, thrills, and magnificent Halloween day experiences.

Whenever travelers get to, or think about visiting Los Angeles, Hollywood is the first that pops into their mind, and rightfully so, as the world’s biggest entertainment industry is situated in Los Angeles. However, a key by-product of that industry has been the hundreds of horror movies that have helped in heightening and celebrating the pop-culture phenomenon of Halloween in our daily lives.

Travelers on their visit to Los Angeles can be sure that they will never be too far away from a scary-movie set, a life-like haunted museum, a creepy old-timer barn converted into a haunted tour. There are abundant opportunities for thrills and chills, it just depends on how much can you take and what level of crazy is doable on halloween night in Los Angeles.

If being situated at old and quaint zoo wasn’t spooky enough, the Los Angeles Haunted Hayride really leaves no stones unturned in their efforts to become the spookiest Halloween event in Los Angeles. Under operation for more than a decade, this attraction has gained reputation over the years as a classic horror fans’ favorite location.

Inside this attraction travelers can visit a haunted village, and a set two extremely confusing and spooky mazes. Oh, and yea, better to keep an eye on costumed villagers dressed up to amplify your halloween experience.

Must Read: 7 Haunted Places In Miami That Will Scare The Wits Out Of You!

If there’s any company you would look towards to create an authentic fright night experience, then it would definitely be Universal Studios. Famed around the world for its world-class entertainment in movies, tv shows, and theme parks- Universal Studios has its very dedicated Halloween Horror Nights bonanza every year in Hollywood.

Now what makes it as one of the best halloween parties in Los Angeles is the fact that these people take Halloween, as an event, very seriously. 2018 was witness to a Stranger Things theme halloween horror night and similarly every year there is a pop-culture theme to their attraction that invites thousands of fanatics to rejoice the horror experience they’ve seen so much on TV.

Now Urban Death, is one of the upcoming and unique ways to celebrate Halloween night in Los Angeles. It is a stage production performed by a theatre group that is explicitly known for hitting issue right where it hurts the most.

Therefore, expect no efforts spared when Halloween arrives, as the crew of this group go all out on the gore, psychological trauma, and the spooky adaptations they present to an audience that is surely not a weak-hearted one.

Suggested Read: 10 Haunted Places In New Jersey Which Will Give You Shivers Down The Nerves!

If Universal Studios can get its Halloween act together in Hollywood, then can Warner Bros. be far behind? The answer is a resounding no as the two rival studios constantly try to one-up the other every year with unique and mind-blowing Halloween themed extravaganzas.

Where it benefits the visitors is that they can expect an adventure-and-a-half when they step inside their studios, as they regularly keep raising their game to provide a memorable experience. With all time favorite attractions such as The Conjuring, and Friday the 13th- everyone stepping inside will come across a spooky sense of deja-vu

A list of Halloween parties in Los Angeles cannot be complete without a traditional carnival that fills the streets of the city with a joyous and an electric atmosphere. What makes especially this carnival so incredible is the fact that it is believed that at least 5 lakh people attend this parade in Santa Monica every year.

With horror fanatics comparing the parade and likening it to the Rio Carnival, this is one event that travelers must not miss while on their trip to Los Angeles.

Further Read: Haunted Places In United Kingdom: 10 Places That Will Spook The Life Out Of You

Experience the thrilling of Halloween in Hollywood style. Hurry up and book a package to USA via TravelTriangle and enjoy some of the liveliest halloween parties in Los Angeles.

14 Festivals In January In India That Reflect The Country’s Rich Culture (2021)!

Jaisalmer Desert Festival: An Extensive Guide To The Desert Carnival In 2021

Best Things To Do In Richmond For A Surreal Vacay