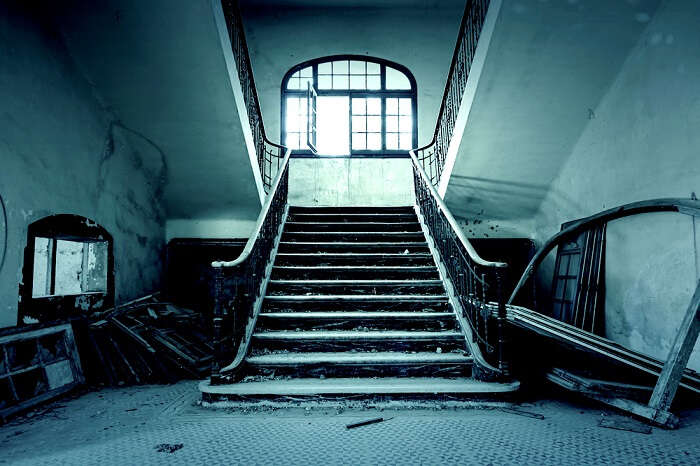 While we are past Halloween, the chills in Miami don’t seem to end! Miami is one of the world’s favourite vacation spots, and also the hub of paranormal activities, we kid you not! The old buildings here are a testimony to many scary mishap accounts and it’s sure to send shivers down your spine!

7 Most Haunted Places In Miami

There is no dearth of haunted spots in Miami, so brace yourselves for some of the creepiest experiences you will ever encounter. Are you ready? 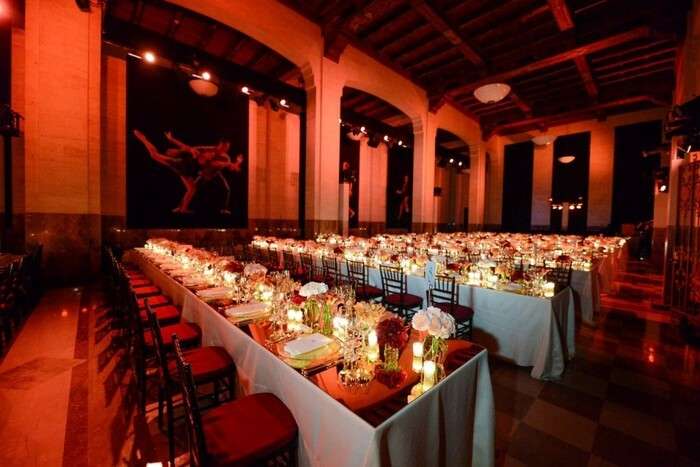 This is one of the first skyscrapers in Miami that was constructed where Hotel Halycon once stood. This building has a history of paranormal activities, out of which one is most known. Grant Stockdale, who was a close aide of US President John F.Kennedy, died after falling from the 13th floor only ten days after the President’s assassination. No one knows if he was pushed or jumped from the skyscraper! When the investigation began, those in that particular room felt an eerie presence!

Some people say they often spot a mysterious man and woman who disappear at a second glance! There are some floors in this building that are prohibited for use, but some unnatural noises can be heard often! 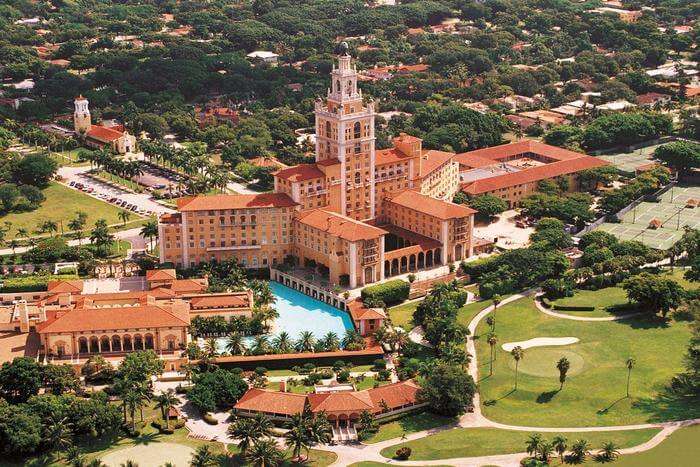 Another old building in Miami, this one is known for gangster Thomas Walsh’ shooting in 1929 over a gambling dispute. It is speculated that his ghost still haunts the hotel, especially the bar area, where unusual sounds of glasses clinking, and bottles shaking has been heard! The gangster, who was known for his taste in alcohol and Cuban cigars, lurks around the bar as they say. Some even say he plays tricks on the staff and guests. Rumours also suggest that his apparition has been seen on the 13th floor, where he was killed. There is also a strange scent of his cigar smoke that can be felt through the hotel. 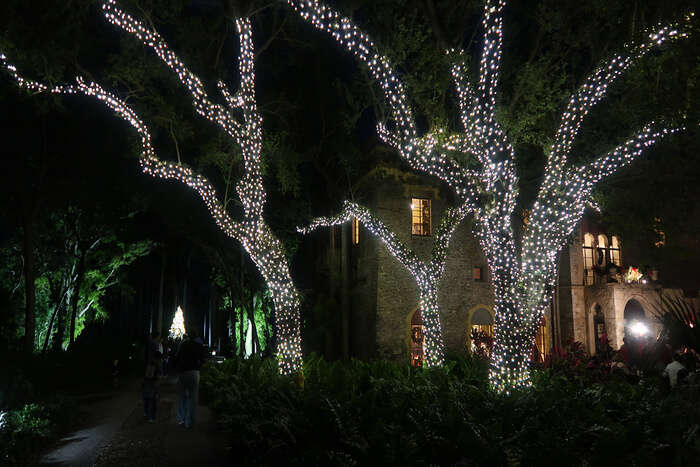 Image Source
The Deering Estate is also a hotspot for paranormal activity and often holds ghost tours to share the experience with visitors. The popular one is the Historic Ghost Stories tour that takes guests on a historic ride along the paths walked by Charles Deering, the owner of this estate, who mysteriously died here in 1925. It is believed that some guests hear the voice of a woman pleading to save the life of a drowning child!

The other tour, which is rather spooky, is called Spookover, where a group of investigators take guests on an overnight thrill experience to the scariest areas of the estate. Certainly, a bone-chilling experience!

Suggested Read: Shopping In Miami: 10 Exclusive Places Which Are A Paradise For Every Shopaholic! 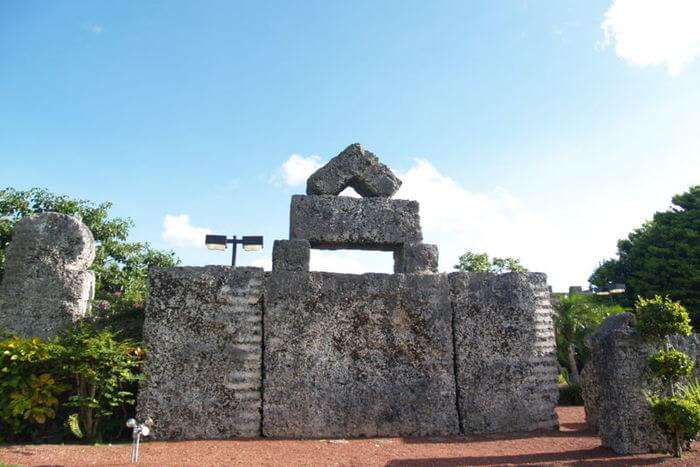 This is a monument of unrequited love and is haunting to say the least! It is said that in the early 1900s, Edward Leedskalnin got engaged to his lady love, Agnes, who was only 16 years at that point. The day before they were to get engaged, Agnes called off the relationship. Edward spent the next 28 years building this monument as a mark of love. He tirelessly sculpted more than 1,100 tons of coral rock manually without any large machinery and finished its construction in 1940. He died after 11 years in his sleep at a local hospital. Some visitors have experienced eerie feelings, while visiting this memorial! 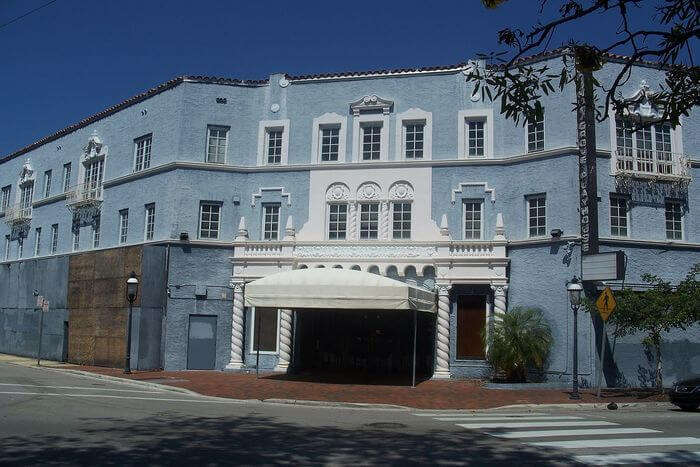 Image Source
This playhouse that opened in 1927 was once a movie hall for Paramount Pictures. It had a huge capacity and hosted several types of performances, until it shut down in 2006, due to high debt. The building hasn’t been in use until then and neither has it been repaired, sparking rumours of a ghostly presence inside! Some say that the windows have ectoplasm! No one is allowed to enter the building, but visitors who pass this area often observe the windows.

Suggested Read: 10 Best Water Parks In Miami To Not Keep Calm And Chill! 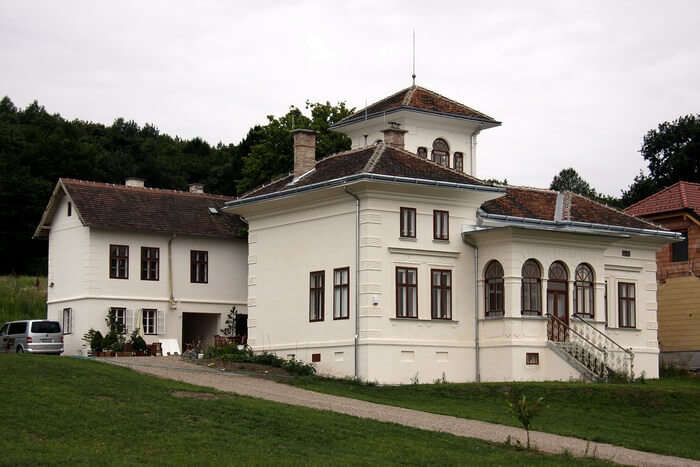 This building was Miami’s first Cuban consulate, was built in 1926 in a neo-classical style. It houses ten bedrooms and has high ceilings. Today, it boasts an art gallery and has some great exhibition space. While the architecture here is stunning, it is believed to be one of the most haunted places!

Consul Domingo J.Milford’s wife, Paula, mysteriously died at a young age, after a leg amputation went wrong. It is believed that Paula’s ghost can often been seen with a single leg, wandering the halls of this building. Other have also felt the smell of brewed coffee and roses, when you can see nothing!

Suggested Read: 10 Indian Restaurants In Miami That’ll Make You Feel At Home In 2022 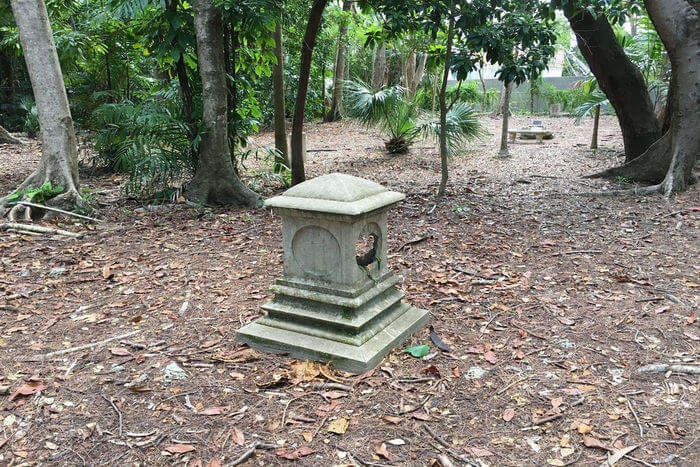 Image Source
One of the oldest cemeteries located south of the Miami river, Pinewood is most known for its last burial in the 1940s, that of Mrs Dora Suggs, who was brutally killed when she was all of 29 years. She has apparently been raped, mutilated and was found near a banana tree. It was after this burial that the site became overgrown. If you visit this cemetery, make sure to stop by her tombstone. People say they often hear eerie sounds in this area!

Further Read: 8 Best Restaurants In Miami To Treat The Gastronome In You

Brace yourself for a spine-chilling thrill ride if you plan to visit these places. Besides, there’s a lot more to do in Miami apart from these spooky places. So, plan a trip to US, visit these haunted places in Miami if you are daring enough and get thrilled by them!

What are the haunted places in Miami?

What is the story behind the haunting of Coral Castle?

Ed Leedskalin was the owner of the Coral Castle. Rumors were that he built the castle without the use of any modern tool for his pure affection for the castle and it took him around 28 hours to complete it. Today people who visit the creation feel an unusual energy around the place.

How much time is required by travelers to visit the Coral Castle?

The approximate time taken by travelers to visit the Coral Castle is around 1 to 2 hours.

What are the opening and closing timings of Pinewood Cemetery?

The Pinewood Cemetery opens at around 9 AM and closes at 5 PM in the evening.

What is the story behind the haunting of Deering Estate?

One of the most haunted places in Miami, it is believed that before Deering built his estate on this piece of land, it was used as a tribal burial ground by the native Americans. People have cited spirits all round the place and also heard whispering houses.

What are the opening and closing timings of the Curtiss Mansion?

The Curtiss Mansion opens at 10:00 AM and closes at 3 PM from Tuesday to Saturday. Besides that, the mansion remains closed on Sunday and Monday.