Hoi Ha Wan Marine Park: For Getting Up Close & Personal With The Most Gorgeous Natural Wonder 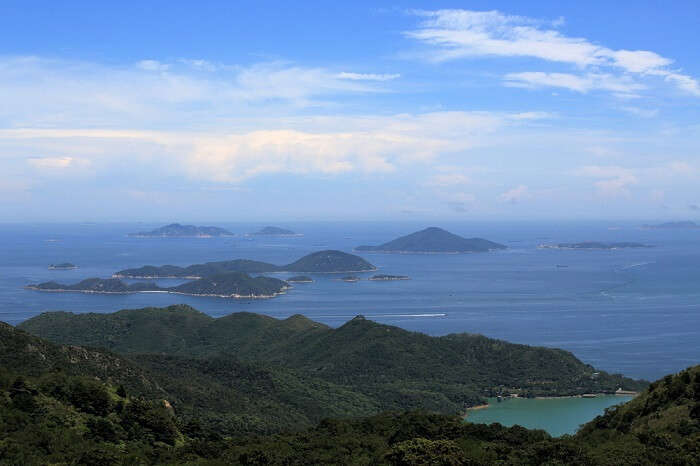 Hoi Ha Wan Marine Park is a marine biodiversity park located in Hong Kong. The park is of extreme biological importance to the region of Hong Kong because of its green forest patch and the high concentration of biodiversity in the highly urbanized region of Hong Kong. Hoi Han Wan is situated in the north of Sai Kung Peninsula and covers an area of around 2.6 square kilometers. Numerous kinds of coral reefs are found in the bay area of the park, which makes it a highly popular destination for diving enthusiasts. So, if you’re one, make sure you keep reading on!

Hoi HA Wan was established in 1996 as a part of a project on the part of the Chinese and Hong Kong governments for the conservation of biodiversity and ecosystem in the Hong Kong region. Both the governments worked extensively for the conservation of the corals and the different species of Flora and Fauna found in the region. Even though, as the present day stands there is an active conflict about the urbanization of the region, still the place is as good as it can get for nature lovers.

The vegetation mostly consists of mangroves which covers an area of over 5700 square meters. Along with being a buffer zone between land and the tidal zones, these mangroves also act as breeding grounds for juvenile fishes and other invertebrates.

There are over 60 species of corals and 120 species of coral-dependent species of fishes that can be found in the region of the marine park. Other than that many species of mangrove crabs and mangrove mollusks have been found within the reaches of the Park area. The place is really rich when it comes to biodiversity and can be considered as a heaven for biodiversity enthusiasts.

Here are a few tips that you must keep in mind:

Top Things To Do In Hoi Ha Wan Marine Park

1. Snorkeling in the ocean

Even though there aren’t many things of interest at the shallow end of the bay, you can find plenty of biodiversity at the designated areas of corals and marine life, but you’ll have to swim to them. The general water quality of the area is clean while the shallow ends are a bit murky. Interestingly enough, for diving enthusiasts, there is a shipwreck in the vicinity of the place.

Wan Tsai is a peninsula located north-east of Hoi Ha Wan, it’s basically just bare land except for one campsite and two beaches on either side of the straight. For those interested, the beach on the eastern side gives a magnificent view of the Sharp Peak. The Sharp Peak is one of the three treacherous peaks in Hong Kong and according to some blogs and some travelers, the most difficult of all of them.

Suggested Read: Victoria Peak In Hong Kong: A Guide To The Epitome Of The Country’s Beauty!

3. Kayaking in the ocean beside Hoi Ha Wan

Renting a kayak in Hoi Ha Wan is comparatively easy and even the rates are fairly cheap. You can rent a kayak in about INR 2500 to 3000 for two people. There are a couple of shops renting kayaks on both the beaches of the Marine Park. It’s comparatively easy to do kayaking in the bay because it’s surrounded from all sides and hence there aren’t many challenging waves as the water is mostly quiet.

The beach at Ho Hai Wan is quite different. Depending on the nature of the tide at the time you wish to go there, you might see a single beach or 3 different beaches. The beach is not a fine sand beach and has limited shade. You can always stand in the shallow waters beside the beach and enjoy while fishes swim near you in the clear blue ocean water. It’s a place where you can spend peaceful 2-3 hours in serenity in the lap of nature.

Suggested Read: Lan Kwai Fong In Hong Kong: Things To Know Before Getting There

5. Visit the Remnants of Lime Kiln

Lime Kiln industry was one of the oldest industries in Hong Kong and you can still find the remnants of the same in the marine park. There used to be at least 4 lime Kilns in Hoi Ha Wan national park but only two remain intact to the day. The growth of the lime kiln industry in Hong Kong remains a witness to the long existence of coral communities within the boundaries of the park.

Suggested Read: Mai Po Nature Reserve: A Guide That Lets You Go On A Perfect Date With Nature In Hong Kong!

Hoi Ha Wan is open all year and the tourism board of Hong Kong conducts free guided tours of the park every Sunday and on public holidays. You just have to apply for the tours. It is advised to visit Hong Kong between October and November and avoid during September because of its cyclone and rainy season.

How To Reach Hoi Ha Wan

By Air: The closest airport to Hoi Ha Wan is the Hong Kong international airport, which is also a major aviation hub of Asia-Pacific region. The distance between the airport and the park is about 69 km which is just a 1-hour drive on route 8.

Suggested Read: 10 Rooftop Bars In Hong Kong That Everyone Must Visit For An Ultimate High!

There are numerous hotels near the Hai Ho Wan Marine Park, ranging from the low and middle segment to luxury. You can choose to stay at Harbour Grand, Hyatt Regency, RegalRiversidee, or Sheraton Dameisha Resort for a luxury stay. Budget travelers can choose Capri by Fraser Shenzhen or the Tonglin Hotel.

Hoi Ha Wan is a small yet magical place in the heart of world business center in Hong Kong. The place is full of surprises and its stories of conservation and conviction of the people of Hong Kong is one to tell people about. Do enjoy your stay at this magical place in the laps of mother nature when you plan your trip to Hong Kong with TravelTriangle!