What’s On The Cards For Tokyo Olympics 2020? Here’s What The Government Has Planned! March 17, 2020: In the rise of the pandemic COVID-19 that originated from China, the speculations on countries canceling their global events have been making the rounds day by day. With the most extravagant Tokyo Olympics 2020 right around the corner, one can only wonder if this virus would be a hindrance.

Read on to know if Japan will lead to calling off its much-awaited global event in the wake of this deadly disease or has some other plans waiting!

Lately, there has been a lot of noise in regard to Japan either postponing or canceling their major sporting events. Tokyo Olympics 2020 and the Paralympic were expected to bring around 40 million visitors to Japan. When the number of affected people had touched 9,800 worldwide back in the day, Japan only had 14 domestic cases.

Looking at these numbers and the special measures that the government has taken to avoid an outbreak in Japan, Tokyo Olympics 2020 is likely to be held. The Prime Minister of the country, Shinzo Abe, insisted the event to take place as planned, putting a halt to all the rumors spread across the nations. Quoting Shinzo Abe, “We will overcome the spread of the infection and host the Olympics without problem, as planned.” The Olympics are to open on the 24th of July this year.

The Tokyo Olympics 2020 torch relay was scheduled to take place in Fukushima on 26th March. As told by Abe, the relay is expected to go as per the schedule. There have been thorough measures regarding the infection that are being taken domestically. This step was taken for the relay to take place in a butter-smooth manner.

The country has fast-tracked and taken all the possible measures to keep the virus under control prior to the global event. The government has passed the law to make hospitalization of any individual suffering from the symptoms of infectious disease compulsory. The patients in the need of urgent medical attention will be treated with the use of public funds. As for the airports, stricter rules have been implied. Individuals with positive tests for the results will not be allowed to leave the premises. For Japan, Public Health is the utmost priority in the wake of the virus.

Further Read: Tokyo Olympics 2020 Robots: The Next Big Thing From An Ever So Amazing Nation

Tokyo Olympic 2020 has been an event that kept all the athletic aficionados waiting with bated breath. The virus scare has definitely led to a sudden increase in the thoughts and questions popping up in the minds of individuals regarding safety and precautions. Although the Prime Minister is confident about the event taking place, only the time will tell what holds in the future for Japan! 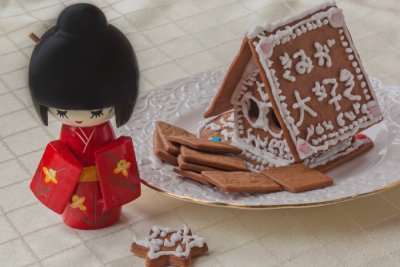