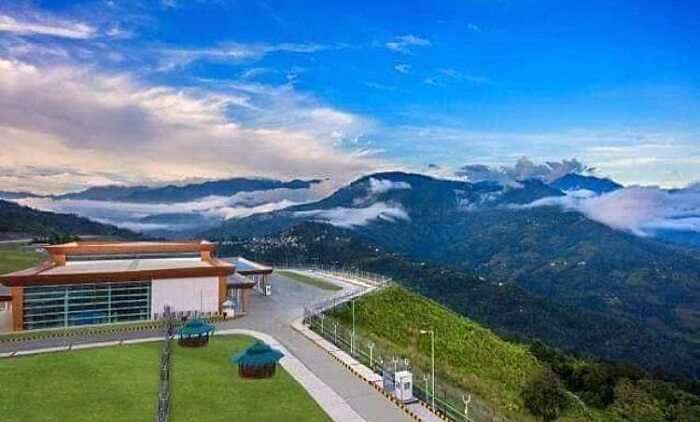 Northeast India is nothing but nature’s most shining gem worth witnessing, and travelers like you & us have been making our way to Sikkim via one way or another. However, none of us could fly down there directly and the whole four & a half hour drive from the Bagdogra Airport in West Bengal to Gangtok made the whole journey tiring. But, the good news that has just been rolled out is that the Pakyong Airport in Sikkim is all set to be functional from October 4th. The Prime Minister inaugurated the airport on Monday, putting Sikkim on the aviation map. Now, it will merely take 1.5 hours to reach Gangtok.

Suresh Prabhu, the Civil Aviation Minister had announced in May this year that the 201-acre Pakyong Airport in Sikkim, which is about 30 km away from Gangtok, had received a license to start its commercial operation. As of now, SpiceJet is the only airline who has got a permit to fly to the airport from Kolkata. The airline conducted a successful test flight on March 10, 2018.

The picturesque Pakyong Airport is India’s 100th operational airport. The airport is expected to further boost tourism and economic growth in Sikkim. It has been built at a cost of INR 605 Crores. Perched between the Himalayas at a height of 4500 feet, the Pakyong greenfield airport is ornately adorned and is a marvel to look at.

Meanwhile, let’s hope that the other airlines get permission soon to fly down to the airport from our cities so that our Sikkim holiday becomes more hassle-free than ever!