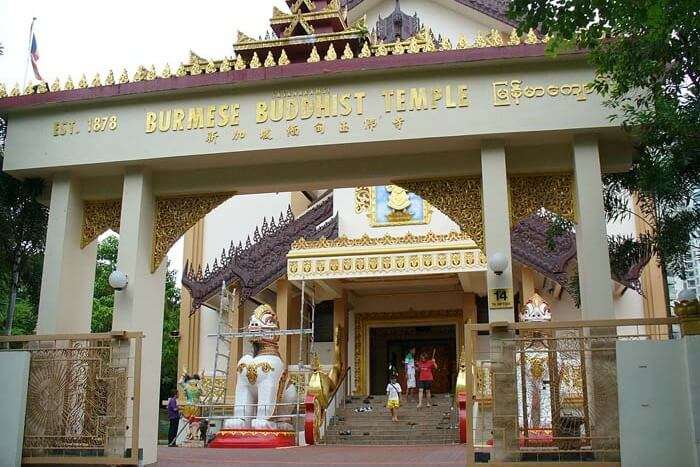 Apart from the tall skyscrapers and modern sites, the country of Singapore is also renowned for its history as well as age-old religious beliefs. Since the people here practise multiple religions – Buddhism, Taoism, Christianity, Hinduism, and Islam, various mosques, temples, monasteries, and churches rightly depict the valuable religious beliefs of this country. There are a number of interesting things to do in the island city state and one of them is riding the cable car. There are temples near Singapore Cable Car as well that you can visit to undergo a spiritually peaceful experience. You can plan a visit to these heritage sites after enjoying the thrill involved in the cable car ride.

As compared to all the other religions practised here, Buddhism is considered to be the one that is followed the most by Singaporeans. To make your vacation fruitful and add a sacred element to it, you must consider visiting the numerous temples the country is known for. The Hindu or Buddhist temples here are not only known for their holiness, they even give you an idea about the vast history as well as the architectural brilliance of this country.

When planning your much-awaited to Singapore, make sure you keep the months of February, March, and April into consideration. The country has the most pleasant weather during this time of the year and people get indulged in various outdoor activities too. January and February are the best months for those who want to experience the festive vibes of the country, as the Chinese New Year happens in either of the two months.

There are a lot of things to do in Singapore round the year but for a hassle-free shopping you must come to the island city state during June to August, as the Grand Singapore Sale will be organized. This is also the best time for those planning for a budget trip, for the fares are comparatively low.

The Singapore Cable Car was the very first aerial ropeway system that linked Mount Faber to Sentosa Island, covering the Keppel Harbour. This ropeway channel saw its opening on February 15th, 1974. This gondola lift is one of the points of interest in this Southeast Asian country and has always attracted tourists from all over the world. From reaching one point to another through this ropeway system, it’ll take you about 15 minutes.

After an exciting ride at Singapore Cable Car, you can plan a visit to the temples that are located at a close distance from here. These temples are ideal for ensuring a tranquilizing as well as an enlightening experience. Moreover, the spiritually rich temples justifiably signify the prevailing religious scenarios of the country. Listed below are some of the most-visited temples in the country. Check them out!

Another popular Hindu temple in Singapore, this place is dedicated to Goddess Kali. Located in Little India, it is said the temple was first started by a devotee worshipping an idol under a banyan tree back in 1830. After more than a hundred years, the actual building of the temple was established. The temple houses different idols and figurines of Hindu Gods and Goddesses.

The Diwali celebrations and Periyachi Pooja take place here during Tamil month, Aadi, and the grandest ever!

In order to make the most of your vacation in Singapore, make sure you be a part of all the things that the country is known for. Whether it’s about marveling the modern skyscrapers or witnessing the historical richness of the country in the museums or through memorials, Singapore will always surprise you. Make yourself aware about the religious, cultural, historical, and even architectural aspects by visiting the above-listed temples near Singapore Cable Car.

Labrador Nature Reserve: Everything That You Need To Know About Singapore’s Paradise!

Temple Of Debod: All You Need To Know About Spain’s Stunning Temple!

Bukit Batok Nature Park: A Guide To This Source Of Perfect Retreat!