Wildlife In Norway: 7 Best Places To Visit For Capturing The Best Views Of The Wild Beasts! 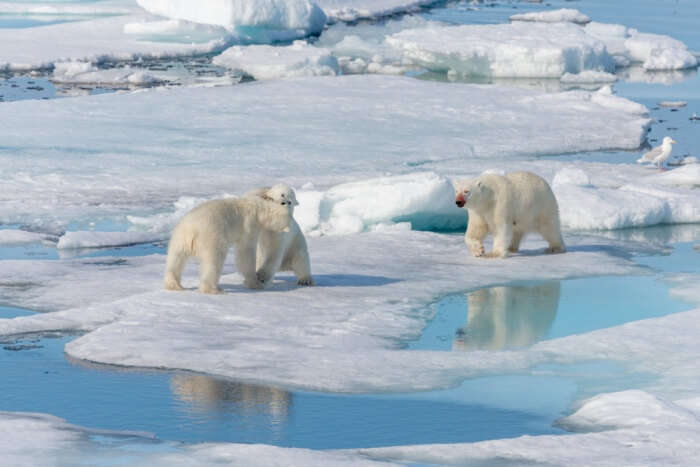 Norway and wildlife watching is not something many people often tend to relate well with. The cold temperature conditions are often considered too harsh to withstand the wildlife. In reality though, there is a wide range of animals that have found their home in Norway. The wildlife in Norway is vividly interdependent on the cold temperature. If you have been wondering what kind of places can be ideal to witness the amazing wildlife in Norway, we do have a few lined up for you.

Here is a detailed list about the best places to visit and witness the abundant wildlife of Norway while taking a stroll amidst the nature.

About Wildlife In Norway

Apart from the predominant existence of the polar bears, the next ones on the list is that of the Arctic Fox. They are found in a number of places around the entirety of Norway, Borgefjell and Saltfjellet-Svartisen National Parks being the predominant ones in the list. Owing to the colour of their fur which is completely white, it is often times hard to detect them during the winter months in the deep crevice of the snow.

These two are the most predominant ones found around when it comes to the wildlife watching in Norway. Other than that, there are actually quite a few other wildlife found around the entirety of Norway. Some of the other animals that are found in Norway include Elk, Reindeer, The Eurasian Lynx and even a number of types of birds and marine life.

When it comes to visiting Norway around for spotting wildlife, the best time around is to visit during the time of May to August because several companies host safaris around that time. The best time of visitation depends on the wildlife you are trying to witness around the place. Polar Bear spotting is best during May-August. Arctic shorebirds and skrei are best spotted from Feb-April. Whale watching is best done during November – January. Avoid visiting in December.

As mentioned before, witnessing wildlife in Norway is not always that easy that you think. There could be a number of factors hindering the possibility of you spotting the animals around in their natural habitat.
Here we are going to discuss about the various spots and wildlife parks in Norway that you can witness some of the most amazing wildlife around in.

The place of Svalbard is possibly one of the most popular areas that have been known around to witness the extensive spectrum of wildlife around in Norway. Svalbard is especially known around for its extensive population of Polar Bear. It is one of the most popular ones in the archipelago of Svalbard. The total population around of the polar bears around Svalbard is 3000 which is more than the number of humans who stay there which is only 2700. Apart from the polar bears, Svalbard is also home to the prominent species of walrus. Even though their presence is predominant there, finding them is not an easy task at all. They have their breeding grounds in the remote islands of the Karl Prins Forlandet as well as the Mofen Island. If you visit Longyearbyen, witnessing them in the close proximity of the shorelines of fjord.

Must Read: Want To Visit Norway In Winter? This 2020-21 Guide Will Help You Plan Your Trip Well

While spotting the Polar bears and the Walruses might be a common thing to do while in Norway, spotting the Eurasian lynx and Wolverine is not easy. The Reisa National Park is one of the most popular wildlife parks in Norway and the magnificent stature of the place is what makes it a public favourite. Start your trekking journey from Sarelv or Kautokeino and make your way up to the national park for the most enigmatic view of the place around. Apart from the Reisa National Park which has the predominant population of the Eurasian lynx and wolverines, the Stabbursness National Park and Øvre Dividal National Park is also home to these two species of animals.

Next on the list of the wildlife sighting in Norway is categorized by the Brown Bears. They are predominantly found in just one place, the Øvre Pasvik National Park being that. The presence of the brown bear and their actual existence is often questioned upon and is predominantly found in a narrow area around in Øvre Pasvik National Park. There are still quite a lot of shortcomings when it comes to the actual sightings, so it is still a matter of what and where.

The Saltfjellet-Svartisen National Park has been a place of utmost importance when it comes to wildlife in Tromso Norway. The Arctic Fox is the predominant one that is found around the area. The majestic appearance of the Arctic Fox is what sets it apart from the other animals in Norway. The stunning white fur is often times hard to separate out from the snow which camouflages them perfectly, making them hard to spot. The Saltfjellet-Svartisen National Park is the breeding ground for these animals on the epic glaciers found around in the Arctic circle. The Borgefjell National Park is also home to these stunning white beauties.

Suggested Read: 12 Beaches in Norway Where You Can Spend A Tranquil Evening

When it comes to spotting wildlife in Southern Norway, the most common answer is to visit Andøya. The Moose and Elk are the most commonly spotted animals around in the area. The Andøy Friluftssenter at Buksnesfjord during the summertime is the most popular time to sight the Elks around the area in the safari. If you are wondering what is the best time of the day to witness these animals, it is right after the hours of sunset.

Suggested Read: Norway In February Is All About Stargazing Northern Lights & Skiing On The Slopes

Not much people would think that marine life is something you witness around in Norway but that is a myth. The summertime in Norway is quite common for the predominant growth of the planktons. The presence of planktons is what paves its way for the habitation of whales around in the area. Spotting a whale is often quite hard to go around with. The main reason behind the same is because why the operators even give a second round if you can’t spot one in the first go. Some of the common safaris around the place include whale safaris and sea safari Andenes.

Last but not the least on the list is the bird sightings. If you want to witness some of the most exotic birds around, the best option is to visit Lovund & Svalbard for the same. Not just single puffins but these small birds even go around in multiples too. If you are an avid bird watcher, ensure to visit the quaint village of Bleik. June to mid-August is also popular for the Puffin Safari.

Further Read: Shopping in Norway: Head To These 12 Places To Satiate The Shopaholic In You!

The wildlife in Norway is predominantly home to some of the most majestic species of animals. If you are planning on visiting, ensure that you plan ahead and look around the best time to visit. And don’t forget to plan and customize your much-awaited Europe vacation with TravelTriangle before heading out to explore these wild beasts.