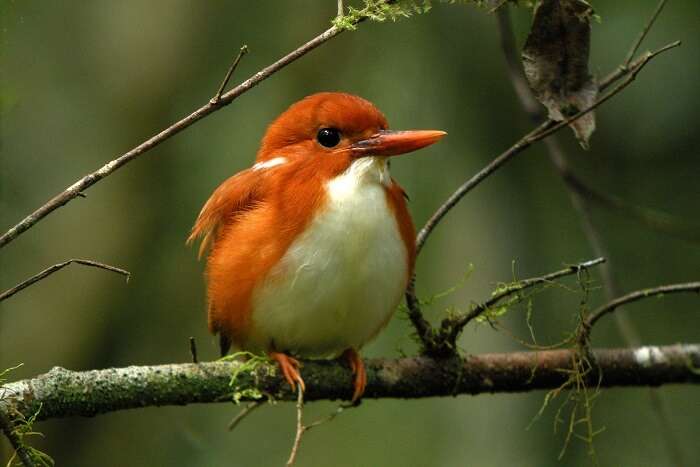 Owing to its beautiful landscapes and amazing wildlife, the majestic Madagascar attracts travelers from all over the world to explore the realms of its wildlife. Known for its highest biodiversity, about ninety-seven percent of the animals in Madagascar are unique in nature. Varied species of chameleon, bats, butterflies, lemurs, etc., are found inside the dense national parks in Madagascar.

While these Madagascar national parks also house seven species of endemic carnivore species, which is considered as an endangered fossa. Visit Madagascar’s best National Parks to enjoy nature’s bounty at its best!

Being one of the best national parks in Madagascar, the Isalo National Park is still as rich as when it was established in the year of 1962. Housing more than 80 varieties of birds, ring-tailed lemurs, 35 species of reptiles, brown lemurs, endemic frogs, and sifakas, the national park is spread across a region of 81,540 hectares which is a beautiful sandstone massif area. Apart from that, this national park is also a home to more than five hundred species of local endemic plants like the famous Elephant’s foot. However, the rugged massif is also one of the biggest attractions for adventurers to enjoy hiking along the scenic Jurassic terrains.

Must Read: Top 10 Things To Do In Madagascar That You Won’t Get To Do Anywhere Else

Spread across an area of about 415 square kilometers, Ranomafana National Park, for the most part of it is filled with dense forests. The park is divided into 5 different circuits namely Varibolomena circuit, Sahamalaotra circuit, Vohiparara circuit, Varijatsy circuit, and Soarano circuit for better exploration. This national park is a proud home of more than twelve lemur species, seven species of tenrecs, 8 bats, and 6 carnivorous along with many other endangered birds.

Established in 1997, Masoala National Park spans across 2,300 square kms of rainforest and 100 square kms of marine parks. Being a proud home of more than 10,000 ha of coral reefs, mangroves, and marine plants, the national park also boasts of housing geckos, frogs, chameleons, and multiple species of butterflies. Along with about 3,001 species of fishes, travelers can also embark on hiking and trekking trails that are at Ambodiforaha, Nosy Mangabe, and Tampolo. If you are an adventure enthusiast, you must explore the coastal trail, the path between Alhoatrozana and Antalavia weaves which is considered to be the most beautiful site in Masoala.

Suggested Read: 10 Places To Visit In Madagascar That Are A Perfect Blend Of Nature And Wildlife!

Stretching for more than 154 square kilometers of area, Andasibe and Mantadia National Park is considered to be one of the best national parks in Madagascar. Encompassing two distinct areas of Réserve Spéciale d’Analamazaotra, and Parc National de Mantadia, this dense humid forest is inhabited with lions, moss, fern trees, and more than hundred orchids species that blooms from the month of September and January. Established in 1989, some other rare plant species that grows here include pandanus, ravinala palm-tree, tambourissa, bamboos, and precious woods like palisander and ebano.

Spanning across an area of 311 square kilometers, Andringitra National Park is divided into three ecosystems of low altitude rainforest, mountain forest, and high altitude vegetation. Much famed to be one of the top biologically diverse places in Madagascar, this national park houses over hundred various species of birds, 50 species of mammals including lemurs, frogs, along with 1000 species of plants. With an elevation of about 2.6 meters, the rainforest spreads about 180 kms from Ranomafana National Park in the north till Pic Boby in the south which makes it the second highest summit in Madagascar.

Suggested Read: 15 Reasons Why Madagascar Honeymoon Is The Ultimate Dose Of Romance

Andohahela National Park is one of the best national parks that comes in the list of national parks of Madagascar. Set at a distance of about 40 kms in the northwest from Fort Dauphin, this national park spans for about 760 square kilometers and is a home to 13 species of lemurs, 130 birds species, 67 species of reptiles, and 50 species of amphibians. Andohahela National Park is not only rich in fauna but flora as well, nearly thousand different varieties of plant species grows here like the dwarf baobab, the endemic trihedral palm, the octopus tree, and the traveler tree.

Suggested Read: 12 Things To Do In Madagascar In 2021 That You Won’t Get To Do Anywhere Else

Located in the Diana region of northern Madagascar, this is a beautiful park attracting visitors from all around the globe. The park is famous due to its endemic flora and fauna, cascading waterfalls, and magnificent lakes. The park covers a total area of 18,200 hectares and is covered in numerous rivers and streams. Enjoy views of exotic trees like the conifers, pines, and eucalyptus at the park. The endemic species that one can spot here are lemur and ring-tailed mongoose.

So, which of these top national parks in Madagascar will you be visiting first? While you book a customized trip to Africa, let TravelTriangle plan an adventurous escapade for you!