Malta In Summer: A Detailed Guide For The Most Unique Experience! 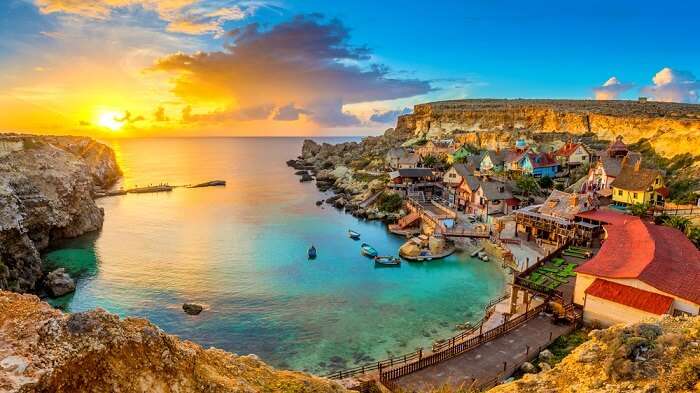 Malta is one of those beautiful archipelagos around the world that has time and time attracted tourists the entire year around. The delectable cuisines and the varying natural reserves are what set this apart from the places that are in close proximity of the place. If you are wondering how to get going with your own summer holidays, visiting Malta in summer is actually quite an amazing option to look into. The Malta summer temperatures are actually quite riveting and pleasant to be around. If you are wondering how you can plan your itinerary when it comes to visiting Malta, the options are quite extensive.

In this article, we are going to be discussing the various things to do in Malta in summer, right from the modes of entertainment to enjoying the finger-licking cuisines that the place has to offer.

Weather In Malta In Summer

When it comes to the summer weather in Malta, it is believed to be quite pleasant and not overbearing. The summer months kick off from the month of May and carry on till the end of October. The annual temperature of the place skirts around a temperature of 22 degrees centigrade which is quite pleasant for you to be around and explore the amazing activities around.

Top Things To Do In Malta During Summer

Next on the list of things to discuss in here are the various things you can indulge in Malta in summer. Here, we have shared some of the best places and things to do while you are there visiting Malta during the summer months.

The very first thing on the list of things to do is to visit the summer wine festival held in Marsovin. The place is not just about the common grounds of wine tasting, the festival is more than that. If you are on the lookout for spending a good time around, the Summer Wine Festival is definitely one of the best options to visit around. The place is also all about the good company as well as the fantastic music around. The festival is held around the month of July at the Hastings Garden in Valetta from 8 pm to 1 am.

This is one of the activities not many people would even think about when it comes to visiting Malta. If you are on the lookout for a place that offers you options for both entertainment as well as adventure, Malta is the perfect place to be in. Malta is known around the world for the clear blue water as well as the warmer temperatures around. The entire area is loaded around with a wide range of creeks and reefs which make it perfect for you to have some fun time in. There are a number of natural caves and rock formations which further add to the amazing beauty of the place around.

Next on the list of things to do when you visit Malta in summer is to plan for an elaborate day trip to Gozo. It is located just a 20-minute ferry ride away from the island of Malta and is considered as a smaller version of Malta altogether. The place is known for its vivid mixture of culture and heritage and is popularly known around for hosting some of the most popular places around the archipelago. It consists of a wide range of rolling hills, hidden beaches and a vivid variety of coastlines as well. One of the most important must visit around the place is the Citadella which is located in Victoria. The place does depict the rich history and heritage of the Roman and Byzantine times. The place is also known for its picturesque beauty all around.

If you didn’t know any better, Earth Garden is one of the most popular festivals held around the entirety of Europe. This is believed to be a one-stop destination for everything ranging from food, fun, and entertainment. It is held in Ta’Qali which is situated in the middle of the island that does draw in the attention of more and more tourists and the locals as well.

One of the most important things that Malta is known for is the food that it offers. If you are there and you end up swerving away from the local cuisine, trust us, you are missing out on a lot. The food is not just delicious but one of a kind which is what absolutely sets it apart from the rest. Make sure that you try everything, from the common local pasta to the peasant homely dishes that the places are known around for. The rabbit dish is a local favorite and if you aren’t a vegetarian, there are a number of options to lurk around.

Owing to the island-like structure around, visiting the beaches is an absolute must when you are in Malta in summer. The blue flag beaches are definitely one of a kind, one that ends up taking your breath away. Some of the most popular beaches around include the Pretty Bay, Riviera Bay, and even the Paradise Bay. If you have the time to indulge in, visiting Gozo can also open up more options when it comes to the beaches in Malta.

The next thing on the list of things to do in Malta during the summertime is to view the Malta International Airshow. This is predominantly held during the month of September. It is held at the grounds of Luqa and is known for its grand aerial show of the various kinds of airplanes high up on the sky. It is also held in the SmartCity Malta during the afternoon time.

The next thing on the list of things to do is to experience one of the Maltese Festa. This is a predominantly important activity that’s held during the summer months in every village and town around Malta. The people commemorate and celebrate the patron saint of their own and indulge in a weeklong fiesta around the place. The activity includes not just food, drink but music and a wide range of entertainment as well. You can even view a wide range of parades too.

Owing to the pleasant time around the months of the summer, you can even visit the popular temples that are found around Malta. The Neolithic temples that are located in Ggantija in Xaghra are believed to be one of the oldest manmade structures around Malta. It dates back to 3600 BC and is known for the kind of rich heritage that it beholds. Apart from that, there are a numerous number of temples around Malta and Gozo.

Last but not the least on the list of amazing things to do in Malta in summer is to visit the magnificent city of Mdina. This old capital of Malta is home to some of the most beautiful sightseeing spots. The winding streets and even the museums around the place has a rich depiction of the heritage and history of the place around.

When it comes to visiting Malta during the summer months, the list of things to do is quite extensive. There is a little of something for every single visitor which is what helps you indulge in a wide range of activities all around. So, plan a trip to Europe, head to Malta in summer and indulge in the fun!

Well, Malta is no doubt a safe place, this one might be a tiny island in the Mediterranean sea but this one is often overcrowded by the tourists.

What are the best things to try in Malta in Summer?

Where is Malta Located?

Malta is a beautiful country that has water surrounding it, this one has the surroundings of mediterranean sea.

What is the best time to visit Malta?

The best time to visit Malta is in the Spring as well as the early summer. You can plan your Malta visit from April to June.

What is Malta famous for?

Malta is well known for the peace and solitude that it offers to the visitors. This one also has the gorgeous Comino that happens to be the tiniest islands of Malta which is mere 3.5 km. Comino only has three residents in it!

What is the official language of Malta?

The official language of Malta is Maltese.

What are the best places to visit in Malta?

Malta has a lot of tourist places that make it a favourite among the tourists. Sliema, Valletta,Hagar Qim, The Hypogeum, Qawra, St. Julians etc are some of the best places that you can visit in Malta.

How many days do you need in Malta?

You must plan a stay of around 4-5 days in the spellbinding Malta.