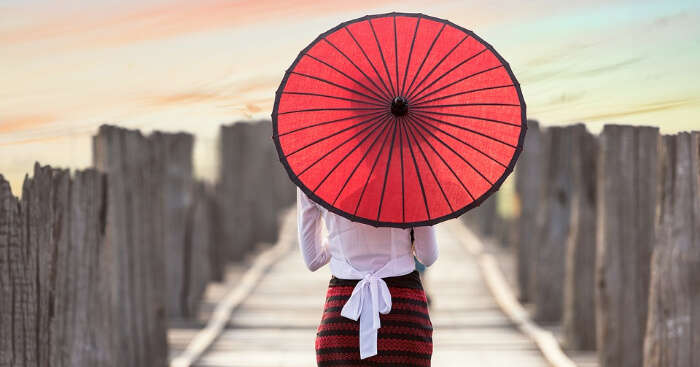 Thailand is swiftly gaining popularity as one of the choicest holiday destinations in Asia. Its white-sand pristine beaches, originated by palms trees and rocky mountains would best fit any travellers beach fantasy. The coral reefs, marine life, waterfalls, dense forests will tickle every explorer’s curiosity. When it comes to month specific tourism, November to April is the peak season and August is the month that experiences monsoon in spirits. But there are many places to visit in Thailand in August that you can witness at their best this month. This will help you to plan your holidays to Thailand in August when the opportunities even better than the peak season.

10 Best Places To Visit In Thailand In August

If you are in Thailand in August, where to go still should still not be your concern. Get ready to explore the places in Thailand when they have been showered upon by rain. Here are some places you can visit and the things to do in Thailand during the month of August:

Just as mentioned above, places in the Upper Gulf Coast are the best to visit in Thailand in August. Thailand’s second-largest island, Ko Samui, is situated in the Gulf of Thailand off the east coast of the Kra Isthmus. This picturesque island is popular for its palm-fringed beaches, coconut groves and dense, mountainous rainforest.

The most popular beaches to explore in your Ko Samui holiday are Chaweng and Lamai. Ko Samui also boasts of several luxury resorts and posh spas but there are cheaper accommodations too. A major tourist attraction, the 12m-tall golden Big Buddha statue at Wat Phra Yai Temple is located on a tiny island connected to Ko Samui by a causeway.

Must Read: Thailand Travel Tips To Plan A Safe And Hassle Free Trip In 2022

Ko Pha Ngan is an island in southeast Thailand is popular for its monthly Full Moon Party. The night-long celebration based on the lunar calendar, attracts travelers to the southeastern peninsula, Haad Rin. Most of the celebrations take place on Sunrise Beach, loved for its beach bungalows.

The white-sand beaches on the north coast including Hat Khuat and Hat Thian, are much calmer. Ko Pha Ngan also has an amazing National Park and some beautiful waterfalls that you can visit. Ko Pha Ngan is one of the best places to experience in the kind of weather in Thailand during August.

Suggested Read: Thinking About Thailand In April 2022? These Festivities In The Country Will Blow Your Mind!

Ko Tao is an island and a part of the Chumphon Archipelago on the western shore of the Gulf of Thailand. Best Known for its tropical coral reefs, the island also has many rare marine species including whale sharks and rays. Hawksbill and green turtles also gather here to breed.

Ko Toa is one of the most popular scuba diving locations in Thailand. Mae Haad, Sairee and Chalok Baan Kao are the three main villages on Ko Tao. Each village has its own beaches with tourist attractions like the turtle statue on Mae Haad Beach and Palm tree on Sairee Beach. This is also one of the best islands in Thailand for a honeymoon in 2022.

Suggested Read: Here Are The 26 Best Places To Visit In April 2022 If You’re Wondering Where To Go

Hua hin on the Gulf of Thailand is in the Southern Thai Province of Prachuap Khiri Khan. It is one of the oldest beach destinations in Thailand. The places has old palaces – Wang Klai Kangwon and Phrarachanivet Mrigadayavan, built by the Thai Royal family. The second palace is open for the common public. If you’re thinking about , ‘Thailand holidays’ in August 2022, then surely this is the place you ought to visit!

There are several abandoned houses along the sea, few of which have been developed in to hotels. Hua Hin is a known for high-end hotels, seafood shacks, kitesurfing and water sports. This place looks lovely during the wet Thailand climate in August.

Suggested Read: 18 Surreal Islands Near Phuket You Should Definitely Explore In Thailand In 2022

Phetchaburi is a province in central Thailand bordering Myanmar. This place has an ancient ‘Siam’ vibe with elegant temples, palaces and century-old teak houses with narrow lanes. The Phetchaburi River that flows straight through town has several bridges with statues of Hindu mythological three-headed elephant, Erawan.

Suggested Read: 10 Best Places To Visit In Chonburi To Explore The Lesser Known Coast Of Thailand!

The place is characterized by caves, tall sandalwood trees, breathtaking viewpoints, wildlife and immense natural beauty. A distinctive feature of this place is that there are several small limestone formations that make it look like a cluster of small islands. Your Thailand August holidays can be made better with this place on your list.

Suggested Read: 25 Best Things To Do In Phuket That You Must Not Miss On Your 2022 Vacation

Chumphon is a southern Thai province on the narrow Kra Isthmus of the Malay Peninsula. Chumphon is popular among tourists for its coral reefs and white beaches. Along with its long coastline. The district has around 40 islands of its own.

You can visit the Chumphon National Museum to know more about the province. Tham Rubror cave is one of the many caves in Chumphon, and has ancient Buddha images. The Phato Canal and Heo Lom Waterfall in the Phato district is another major tourist attraction.

Suggested Read: This Is How One Can Make The Most Of Their All Boys Trip To Thailand

Surat Thani is the capital city in the Surat Thani Province of southern Thailand. Interestingly, the place is named after a city in India. Though there are not many tourist attractions in Surat, it’s a good place to explore Southern Thai food and the old Chinese-style tea shops, bakeries and temples.

It’s a great place for photographers as the ancient Chinese-influenced Ban Don part of town has many buildings that display century-old Sino-European architecture. The lush green Tai Rom Yen National Park and Khao Sok National Park are also situated in the Surat Thani Province. This place is also one of the best tourist places in Thailand.

Suggested Read: Nightlife In Phuket: 12 Bustling Hotspots You Must Check-out

Nakhon Si Thammarat is the capital city and a commercial centre of southern Thailand’s Nakhon Si Thammarat Province. This is one of the best places to see in Thailand in August. This place is full of waterfalls and long coastal beaches. If you are the kind who love exploring the roads less traveled by, this is your destination.

Nakhon is the second largest city in Southern Thailand. Visit the 900-year-old Wat Phra Mahathat, an ancient Buddhist temple. Another spot that would interest you is the museum & theatre at Suchart Subsin’s House, one of Thailand’s most important venues for preserving the art of ‘nang thalung’, or shadow puppetry.

Suggested Read: 10 Amazing Places To Visit In South Thailand In 2022 For Your Next Tropical Vacation

Rayong is a city on the east coast of the Gulf of Thailand and the capital of Rayong Province.
Apart from picturesque beaches, Rayong has Baan Pae a busy market street with seafood and other food stalls and lively handicrafts stalls.

Maha Chakri Sirindhorn Herbal Park, Sopha Arboretum and the Rayong Aquarium are some other attractions in Rayong. You will have exclusive access to these places if you visit Thailand in August as it would be less crowded.

Suggested Read: 10 Amazing Places To Visit In South Thailand In 2022 For Your Next Tropical Vacation

Climate In Thailand During August

The weather in Thailand in August varies across different parts of the country. August is the peak of the monsoon season in Thailand but the rains start to subside in the Northern and Northeast part of the country. The temperatures may rise as the rain goes out. So you must be thinking, “why should I travel to Thailand in August?”. Here’s why! August is a season that boosts greenery and thus it is the best time to explore the rural side of Thailand.

This includes provinces of Mae Hong Son and locations like Sukhothai and Chiang Mai. Also, places in the upper Gulf coast including Hua Hin, Phetburi and Sam Roi Yot and the lower Gulf coast including Chumphon, Surat Thani, Nakhon Si Thammarat, are much drier in August than the rest of the country. Visiting Thailand during the offseason can benefit in a way that there won’t be much crowd and you can have promotional offers available on internal flights and hotel rooms.

We Hope, after reading this, you are confident about visiting Thailand in August in spite of monsoons. So don’t waste any time. Plan your holiday to Thailand now and take back home a different picture of the beautiful destination.

Temperatures in Thailand in August soar high and settle between 26 degrees Celsius and 33 degrees Celsius. The sun shines for around 5 hours a day and the weather remain similar to June and July. Apart from this, one can expect a little bit of rain shower so it is always better to look out for weather before heading out.

Is August a good time to visit Thailand?

August is one of those months that starts receiving some rainfall after experiencing scorching heat in April, May, and June. Thus, there is no doubt that August is a good time to visit Thailand. It is perfect for both outdoor and indoor sightseeing. One can explore beaches as well as temples and museums this month.

Is Thailand a busy country in August?

No, August has not been recorded as a busy month in Thailand as it marks the onset of the rainy season. Tourists tend to avoid planning a trip in the wet season thus you might not find busy streets and tourist crowds in Thailand.

Which part of Thailand is best to visit in August?

As the weather is pleasant in August in Thailand, one can explore beaches like Koh Samui, Ko Tao, and Ko Phangan or can even explore temples or museums, in case it rains and you need a shelter. So, all the parts are equally good to explore in Thailand in August.

Is Thailand expensive to visit?

Is it sunny in Thailand in August?

Though August is the monsoon season in Thailand, the temperatures usually remain high after rain in the day. You may also witness extend the duration of sunshine.