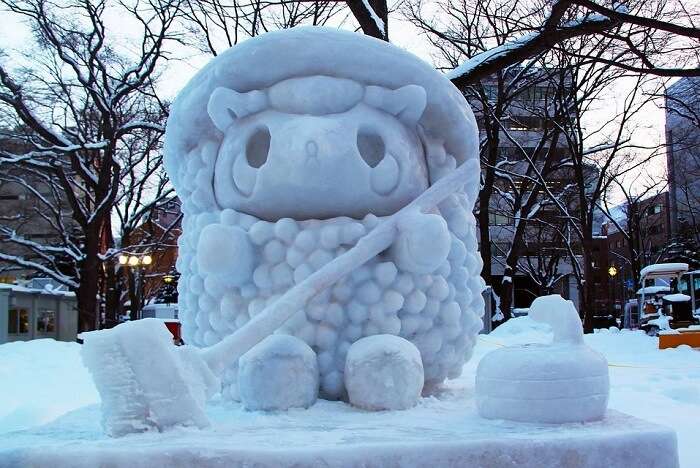 Japan is a class apart. It has a unique culture and a unique way of celebrating each festival, that is different from all other countries in the world. Japan is a country with a predominantly mountainous terrain, which means that winters are harsh and cold while the summers are pleasant. There is a drastic difference between both the seasons in this country. If you happen spend a winter in Japan, we have compiled a whole guide enlisting the best things to do in Japan.

13 Best Things To Do In Winter In Japan

After research and analysis ranging on many parameters including that of age group, we have come up with a list which will apprise you about 13 exciting things to do in winter in Japan. We hope that this guide helps you have a great time in the country: 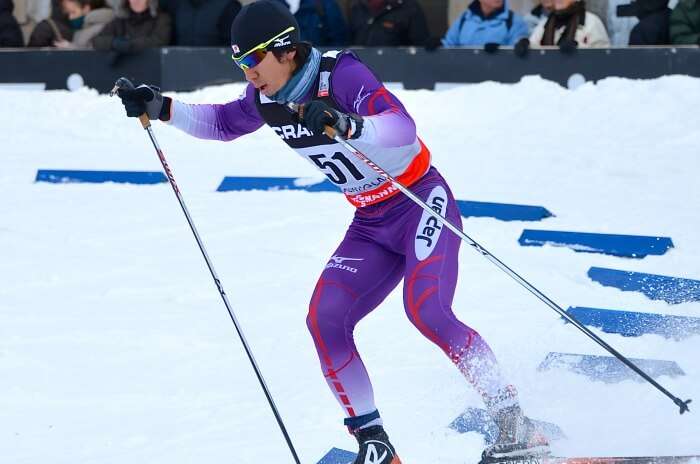 Majority of the landmass of Japan is covered with mountains and hence, receives an abundance of snowfall. The western regions of Japan Nagano and Niigata Prefectures are great places to enjoy some of the best alpine sports in all of Asia. With steep slopes and peaks reaching upto 2,000 meters, the area is good for skiing. Once you’re done skiing, you can relax in the hot springs and eat at the many cafés nearby.

2. Sapporo Snow Festival: Take a look at the snow sculptures 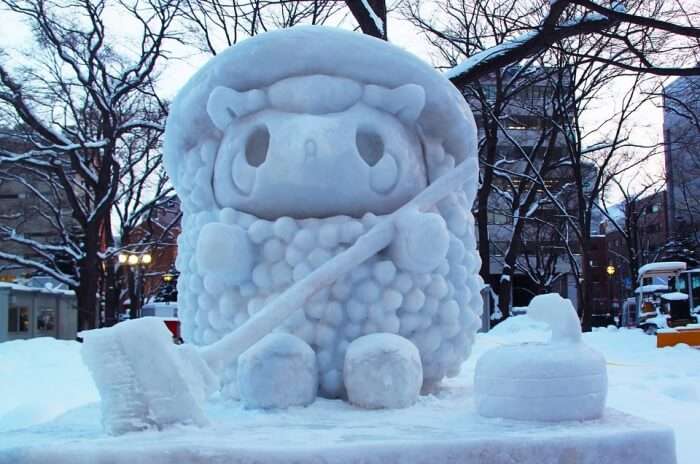 The Sapporo Snow Festival is the biggest snow festival in Japan and is considered one of the biggest in the world. Dating back to 1950, this festival includes huge snow sculptures made by artists. The sculptures range from Pikachu and Hatsune Miku to the Historical Samurai Figures and huge sculptures of Buddha. Shooting up to fame only recently, even teams from western countries like USA, Germany and Canada come and participate in this festival. 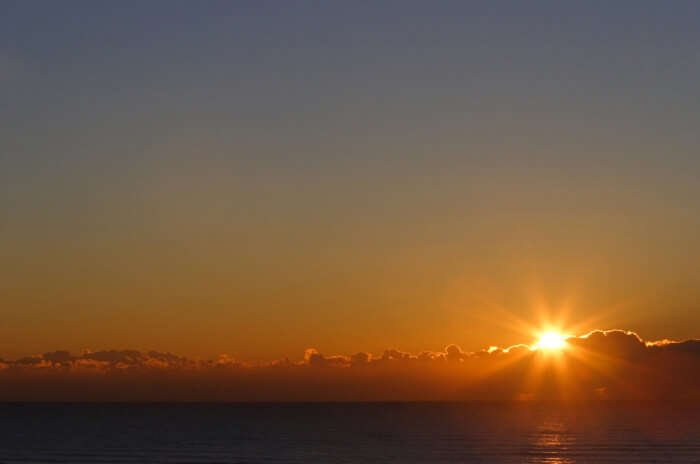 The First Sunrise refers to the first sunrise of the New Year and it is so popular in Japan that there are designated spots for the same. People from all across the world come to see the first sunrise from atop Mt. Fuji which is the considered the premier spot for the activity. Even though the winter is harsh, enormous number of people come and see the event because it is considered auspicious to do and the views of the sunrise in winters is always breathtaking. The Blue Pond located in the small town of Biei is an artificial lake. It was made after the mudflow of River Biegowa was stopped due to the building of a dam in the area in the year 1988. The Blue Pond became famous since it reflects a blue colour due to the presence of Hydrogen Peroxide in Water. The lake was captured and turned into a wallpaper for the Mountain Lion processor of Apple MacBook. 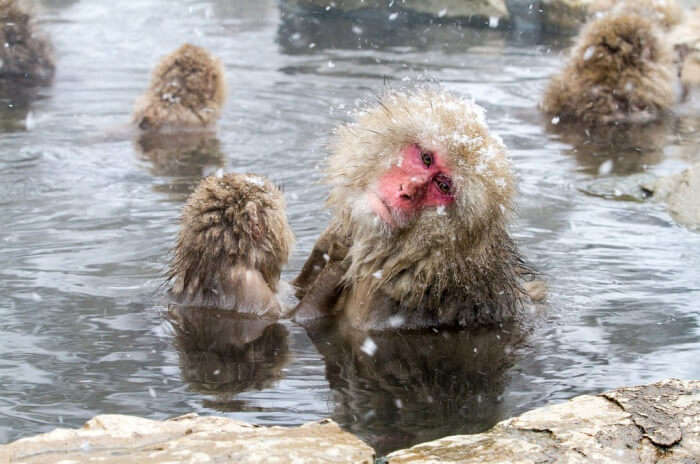 Take a stroll through the Jigokudani Wild Monkey Park in Nagano to experience the wild Japanese macaques enjoy themselves while they take bath in the Hot Springs inside the park. Winters in Japan can be very harsh, especially for animals like Macaques which aren’t accustomed to subzero winter temperatures in Japan. This is a great place for these animals to get some much-needed warmth and survive these winters while enjoying in the hot springs of Japan.

This Library Hostel In Japan Is The Perfect Cocoon That Every Bookworm Dreams Of! 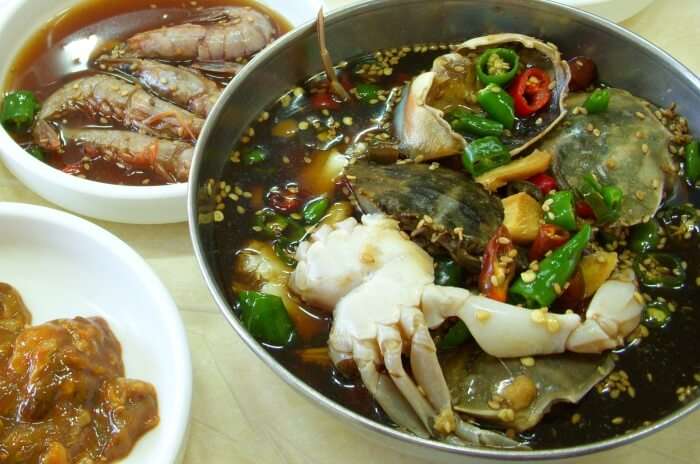 It is considered around the world that the months of December and January is the crab season, which is actually a grave misconception. It is just a mere coincidence that the most shipped item from Hokkaido to countries on the other side of Sea of Japan happens to be crab. The most famous outlets to eat crabs in Japan are the Kani Douraku outlets which originated in Osaka and are known for their innovation with crabs. 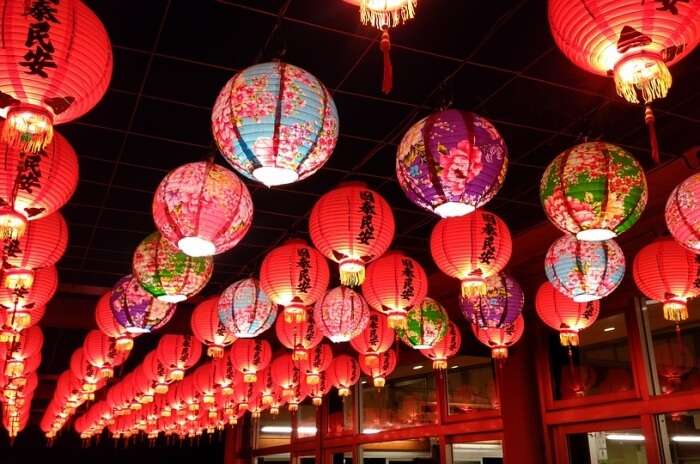 The ‘ringing bells’ ritual of Joyo na Kane is an important New Year eve ritual for the Japanese. The ritual includes hitting a large bell at a Buddhist temple using a large log of wood. The bell is struck 108 times. The number is said to represent the number of all the human desires that exist in the world. After the ringing of bells, you go inside the temple and pray to the deity to end the year on a good note. 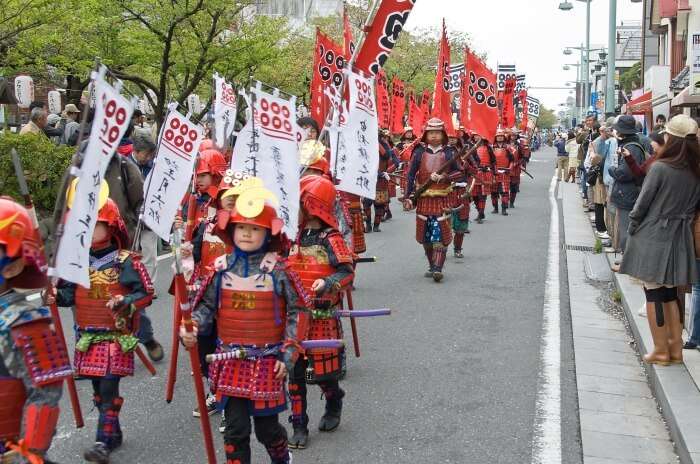 Every year in the mid month of February, the Kamakura festival takes place for a span of 2 days. Traditionally, children invite people to come and enjoy in their self-made Kamakura’s and eat rice cakes and drink tea. These days, family and friends enjoy the festival by sitting together and chatting. There are around 100 Kamakura’s that are available for the visitors to see during this festival. Don’t forget to pay your respects to the water deity. 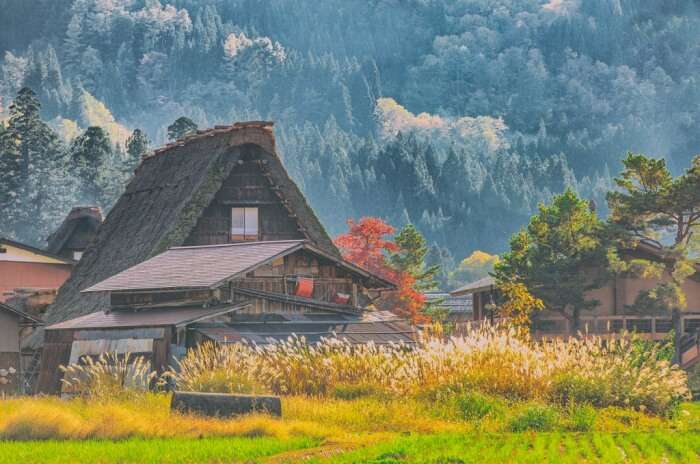 Make sure to visit the UNESCO world heritage site listed village: Shirakawa Go. This is a small village in the Gifu Prefecture of Japan. The village has 114 thatched thick roofed houses which may appear to be very different from the houses all around Japan. This is because back in the time it was isolated from the rest of Japan. The village looks especially beautiful during winters and is a popular tourist destination.

Getting A Japan Visa Will Now Be Easier Than Buying A Movie Ticket!

Otaru is a small Japanese town situated on the Japanese Island of Hokkaido. The town lights around 120,000 candles after 5 PM in the month of February to mark the annual candlelight festival. The town looks just like a place out of a fairytale book during this time and the view is considered one of the best during the winters in Japan.Make sure to attend this festival. 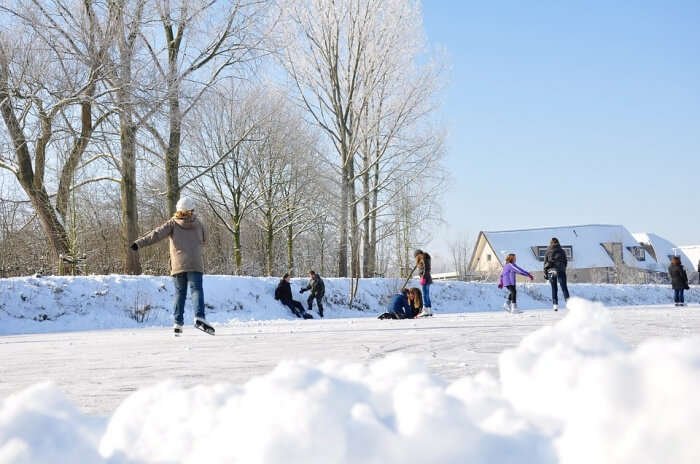 Fuji Q Highland is an amusement park located on the foothills of Mt. Fuji in the city of Fujiyoshida. This park boasts of the largest skating rink in the country, which also serves as a swimming pool in the summers. Aside from the rink, the park also has some amusement rides such as roller-coasters and Ferris wheels. The rink is very well maintained and the park gives one of the best views of the sacred Mt. Fuji. Skating is considered among one of the top activities to indulge in winter in Japan.

10 Best Restaurants In Boston That Promise A Gluttony Affair 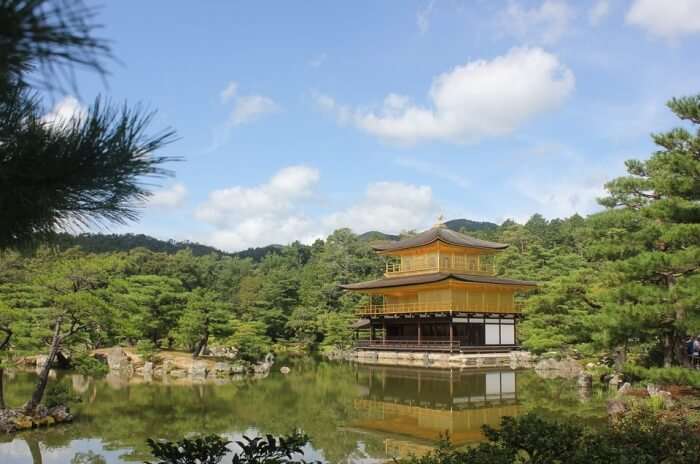 The temple is a Zen Buddhist sanctuary which is located in Kinkaku-ji, Kyoto. It was established in 1397 AD and it used to feature a villa of an important statesman. A must-see place in Kyoto, the temple offers some of the most breathtaking views in Japan. Although winter in Japan is harsh, many people come and visit this place. Make sure you do too. 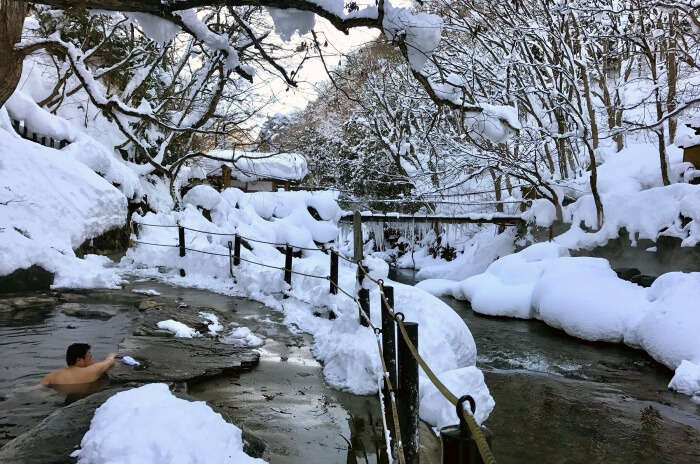 Takaragawa Onsen was established in 1936 and offers a large variety of hot spring options to choose from. The most popular choice is the outdoor natural hot spring due to the mesmerising views outside. The hot spring establishment has been known to provide world class facilities and is especially popular amongst the international tourists as they are ready to shower any amount of money to avail the services here.

Top 15 Hotels In Boston Which Mix Contemporary With Quaint

Japan is a resplendent country. Due to mountainous terrain, the country turns into a winter wonderland, especially during the months of December and January. With a welcoming society and some of the best cultural practices, you must book your ticket to Japan if you would like to explore some of the most unique places and indulge in exciting things in winter in Japan. 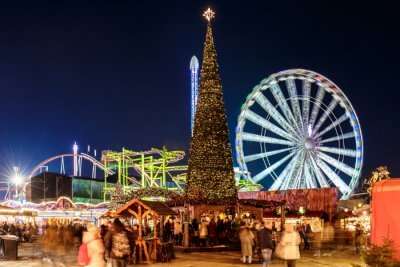 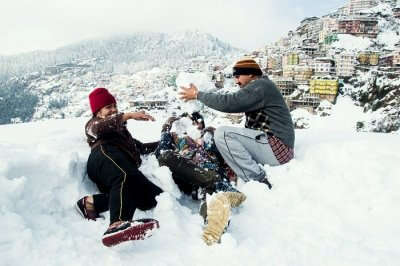 Snowfall In Shimla: Enjoy The Winter Chill In The Summer Capital Of British India This 2022