14 Exciting Things To Do In Summer In Japan On Your Holiday In 2022! 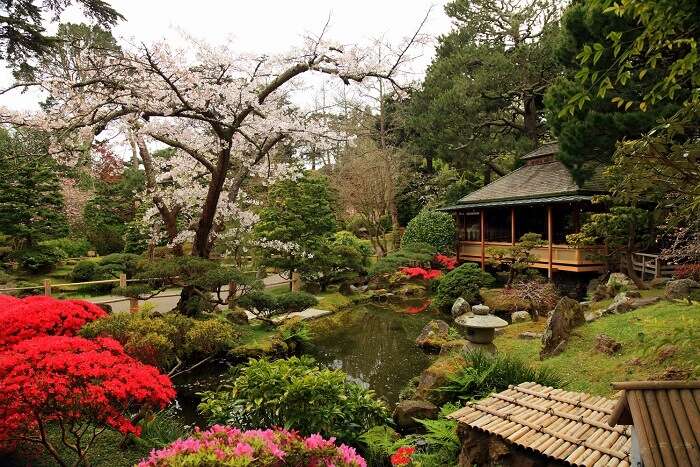 Japan, the land of the rising sun, is a popular winter destination. The country looks resplendent in the months of December and January. What most people don’t know is that summer in Japan is equally magnificent.There are many colors associated with summers in Japan, with different landscapes, weather conditions and plants growing all around the island nation. There are also numerous festivals that are celebrated in the summer season. Here’s a guide to things you can do in the summers in Japan

14 Best Things To Do In Summer In Japan

After extensive analysis and first hand experience, we have compiled a list of 14 exciting things to do in summers in Japan. This is a complete guide for you to spend the best summer in Japan. Take a look:

This is a call out to all the adventure, hiking and trekking enthusiasts. The challenge is to scale the sacred Mt. Fuji of Japan. This is one of the greatest things to do during summer in Japan. Scale the heights, challenge yourself, conquer your fears and come out as a completely different personality. We suggest you book the trek immediately and spend the summer in Japan 2022 and make them the best of your life.

Must Read: 25 Unbeatably Fun Things To Do In Japan That All Travelers Must Try In 2022

Dubbed as the biggest rock festival in Japan, this three-day festival is a real treat for rock music lovers. This festival happens to be held just after the rainy season in the countryside of Niigata at a ski resort. If you are planning to camp like other visitors, don’t forget to take extra precautions for rains. Make sure to attend this festival!

3. Obon Festival: Witness The Beauty Of This Event

The Obon festival is celebrated from the 13th of August to the 15th of August in multiple regions across Japan. It is considered as one of the most sacred festivals. It is believed that during this period the souls of the departed come back to visit their families. These spirits are welcomed with dances, rituals and delicious festive food. Known to be one of the busiest time in the Japanese summers, the festival is a great spectacle.

The Fukagawa Hachiman is a Mikoshi Festival that resembles some kind of a water fight. Large volumes of water are poured on the participating teams to beat the summer heat. Even the Tokyo Fire Department gets involved in the process. It is one of the three biggest Shinto festivals. It is being celebrated since 1642. It is a spectacular sight to witness.

Every year on the 6th of August, the Japanese people mourn the death of the thousands of people who lost their lives in the atomic bombing of Hiroshima and the subsequent bombing of Nagasaki on the 8th of December. A procession is held by people with lanterns in hand. The lanterns float in front of the destroyed building, which acts as the memorial in remembrance of the lives lost on that black day.

Tanabata is a Japanese festival that commemorates an ancient Japanese folk story of two star crossed lovers. Numerous processions happen all around Japan. People walk around with colorful banners made out of bamboo and colored paper and good wishes are written all over it. This is an important festival in Japan and is usually celebrated on the 6th of July in most parts of the country. Those who follow the old calendar celebrate the festival on the 6th of August.

‘Aomori’ literally means a float. This is a week wide festival celebrated in the Tohoku Region of Japan. This festival involves people carrying their floats through the streets of their cities and towns. The festival culminates with a huge firework display on the last day of the processions. This is one of the biggest and the most important festivals of the region.

The lavender fields of Furano in Hokkaido is perhaps the best thing to treat your eyes during your visit to Japan in summer. Unlike Tokyo, Hokkaido isn’t all that hot during the summer months. Rather, it is somewhat cooler with a relatively lower temperature. Visit these fields for scenic views. You have an option to buy those flowers too if you want to.

Japanese beaches are usually not crowded but nevertheless, they are crowded during the 6 weeks of summers, starting from the Marine day to the end of August. This is the best time to witness the beach culture of Japan. The only thing that you need to take care of is to know what you want to do on the beach and go to the beach accordingly. In Japanese culture, there are separate beaches for partying people and for those who want to spend time with their families.

This summertime Sumo wrestling event is one of the biggest events in Japan. It occurs in the city of Nagoya every year between the 6th of July and the 22nd of July. Organized at the Aichi Prefectural Gymnasium, the venue is not far from the iconic Nagoya Castle. The event gives you an opportunity to visit the castle as well and the chance to witness some crazy Sumo skills from some of the best Sumo wrestlers in the world.

See the oldest traditional fireworks display in Japan. The Sumida Fireworks display happens every year in the summer in Japan over the Sumida River near the Asakusa Station. You get the best view from Sumida Park. What’s astonishing is that more than a million viewers experience this magical festival each year and the attendance keeps on increasing with every year too. This is one of the most spectacular festivals to take place in Japan.

Morioka Ramen is a famous Japanese dish that is a must-have for those who visit Japan in the summer. It is one of the most famous foods originating from the Morioka city in Japan. They are traditional Japanese noodles made with traditional Japanese ingredients. Oddly enough, these are cold noodles and are said to be really beneficial to consume on a hot and humid day.

The festival takes place from July 1 to July 15 at the Kushida Jinja Shrine in Fukuoka City. This is perhaps the most spectacular festival that takes place in Japan. This festival is largely about a time trial race which involves seven neighborhoods of the Fukuoka City. All of them carry a 1-ton float over their shoulders. The first team starts the festival at about 4:59 AM in the morning and other teams follow on a 5-minute gap subsequently. It takes a lot of effort from the participating teams to complete the race but the reward is worth it.

14. Tenjin Matsuri: Head To Osaka To Witness This

Osaka, popularly known as the cultural capital of Japan is a famous place for hosting the Tenjin Matsuri fest every year without fail. This is a thousand-year-old festival dedicated to the deity of scholarship. It is an unbelievable summer festival which involves boat races and other water sports activities that overwhelm the viewers with joy.

Things To Know About Summer In Japan

If you are traveling to Japan in the summer season, then you must take out your summer apparel and flaunt your dresses, shorts, t-shirts, summer hat and roam around in sunglasses. During summer, temperature in Japan rises to around 35-degree Celsius. To protect yourself from a heat stroke, keep yourself hydrated and replenish your salts and minerals with sports drinks & water.

While exploring Japan, you might witness unpredictable downpours or ‘Guerilla rainstorms’. So, keep an umbrella handy with you and check the weather forecast for rainstorm before heading out for sightseeing. If the weather is humid after a rain shower, then you can look for cooling sheets and spray at drug stores which might help you get some relief. Moreover, you can buy or rent a yukata which is a cotton garment and wear it while exploring the country in summer.

Japan is a magnificent country. What’s unique about this place are the festivals that are celebrated in the summer in Japan. They make up the culture and traditions of the country. Believe it or not, a summer holiday to Japan is not at all a bad idea and we would recommend everyone to discover this paradise. It will be worth it, we promise!

What are the summer months in Japan?

The summer season in Japan starts from mid-May to mid-June and the rainy season kicks-off during these months.

What is the temperature in Japan in summer?

Bahamas In January: This Is How You Have A Great Holiday In This Incredible Island Nation

Seville In Winter: 10 Best Things To Do For Ultimate Fun In The Snow

Hikkaduwa In April 2022: A Guide To Plan A Perfect Summer Vacation

Sikkim In June: A Complete Guide On How To Experience It Best In 2022

Queensland In June 2022: A Pocket Guide For Planning A Perfect Vacation!