Spain Is Getting Its Own Ferrari Land And It Has Got Everyone Really Excited! 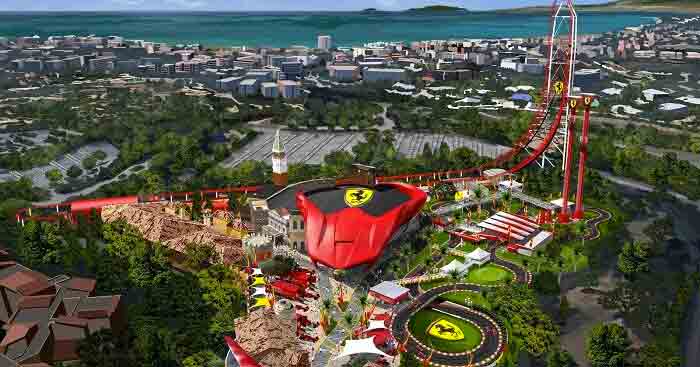 The need for speed has been driving all the hard core adventurers and thrill seekers crazy ever since the pictures of the new Ferrari Land in Spain have landed on internet. Bringing great adventures and greater excitement to the sports car enthusiasts, the new Ferrari Land is expected to be a smaller version of the original and much bigger Ferrari World in Abu Dhabi.

What You Should Know

Destination: Salou, Tarragona
Location: To the south of Catalonia
Site: The PortAventura World
Opening Date: April 7th, 2017
Fit For: All types of travelers
Highlight: Roller Coaster (The Vertical Accelerator)
What’s So Special: It is the fastest and the tallest roller coaster in Europe
Speed: 112 mph per 5 seconds
Height: 368 feet

PortAventura is a much famed theme park in Spain and it already attracts over 4 million visitors annually. Of what it is believed to be the largest project undertaken by the PortAventura World Resort, the Ferrari Land is expected to open its gates to visitors by April 2017.

Other Things To Do:

Further Read: Top 17 Most Beautiful Cities In Spain: You Must Be A Robot To Resist The Spell Of These

Though not much details have been given away by the authorities of PortAventura, the essence of Ferrari has been kept intact as all the rides of Ferrari Land have been designed in the signature color of red.

On that note, do checkout some awesome Spain tour packages if you are also looking forward to visiting the adventurous Ferrari Land.