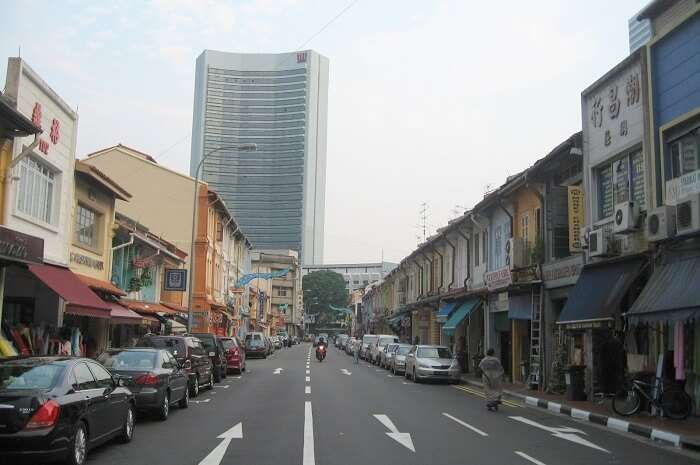 Singapore is a perfect destination for romantic travel. Couples love the beaches, mountains, city nights, funky streets, nightlife and everything else about this city. Even the beautiful bridges are an amazing hangout area for couples as these bridges are illuminated at night and look stunning. There are many gorgeous bridges near Arab Street Singapore – a popular street in the country.

Singapore is a year-round destination without much variation in temperature. However, there are various seasons around which you can plan a trip. November – January and June – July are the peak months to visit Singapore. If you are a shopping lover or a foodie, then the best time to explore the city is around July when the Great Singapore Sale and the Singapore Food Festival are held. Typically, the climate is hot and humid for all twelve months. Hence there isn’t a shoulder season in Singapore although April is a great time to visit, as there aren’t heavy showers and it isn’t a holiday season. August to October is the Off-season in Singapore except for mid-September, the rush of tourist decreases since September hosts the Singapore Grand Prix. Temperature is slightly higher than the rest of the month, and the rains are continuous. However, hotel rates are cheap and easily negotiable.

Arab Street was the name of a road and neighborhood in Singapore. There are two explanations behind the name. The first one is that the area was owned by an Arab merchant, Syed Ali bin Mohamed Al Junied and that it was the site of an Arab kampong, hence the name Arab Street. The Chinese referred the street as Jiau a koi Javanese, in the view of the Javanese who used to be the majority inhabitants of the area. Spices, textiles, basketry items and songkoks are sold along this row of shophouses with five-foot way at Arab Street. In Tamil, Arab Street is known as Pukadai Sadkku (flower shops street), because of shops selling homegrown flowers, lime and other goods sold by Javanese women. In 1889, a huge fire occurred.

It is also tied to the preexisting situation at the time of the nation’s founding by Sir Stamford Raffles. When Raffles was planning the outline of areas to be allocated for the government, as opposed to commercial and residential use, a community of Bugis seamen and merchants were already near the Sultan’s palace. He, therefore, allocated the area to them, near where their boats were sheltered in the river, bringing their annual cargo to a barter basis. That is how the name Bugis Street came about. The Arabs and other Muslim traders (Chulias) were also allocated to areas near Kampong Glam.

Here are the best bridges near Arab Street Singapore for you to visit:

Read More: Things To Do On Palawan Beach

7 Things To Do In Luxor, Egypt: Have A Majestic Vacation With Your Family

10 Best Things To Do In Buriram For A Heartwarming Holiday