10 Fun And Frolic Festivals In London Which Reflect The Country’s Celebrations At Its Best! 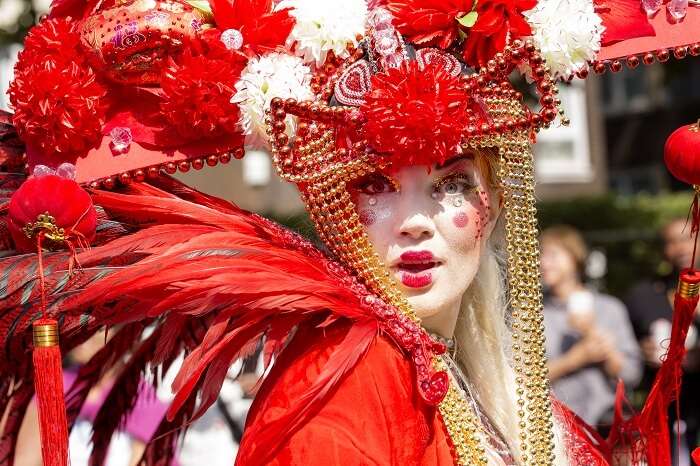 The city of London is known for its art, culture, clubs, and castles. One of the biggest metropolitans in the world, London has played a significant role as a hub for theatre, cinema, fashion and other fields for many years now. The city is a global center and every year thousands come from different corners of the world to enjoy the beauty and glory of the British capital.

There are lots of ways to enjoy and have fun in the city, from hopping on the famous red double-decker buses to popular art galleries and a night-walk in the lush green central parks – London has something for everyone. There are in fact a number of festivals in London, where you can enjoy with the natives as well as your friends and family.

10 Lively Festivals In London One Must Attend

Read on to know more about some of the best festivals in London that you should definitely attend once in a lifetime!

One of the biggest music festivals in London, British Summer Time is the perfect place to witness popular international artists like Bruno Mars, Van Morrison, Paul Simon and Eric Clapton, all of whom performed here last year. Not just music, but open air movie screenings, performances and what not – this is the festival to attend in the British summer. Produced by Barclaycard, this wonderful festival is also a great way to land tickets of iconic summer events like Wimbledon!

The Citadel Festival in London has moved to the Gunnersbury Park for 2018, and the fourth edition of this wildly popular music festival in London is expected to be a bigger blast than last year. Set up over six different stages, the Citadel festival happens the day after Lovebox, adding to the delight of music fans in London. The festival has been headlined by some pretty big stars over the four years, including the Bombay Bicycle Club, Leon Bridges and The Horrors.

This arts festival is held every year in Hackney, London and is an annual celebration of the culture of the Yoruba. Comprising of everything from workshops to music performances to African food fairs, the Yoruba arts festival is a colourful and rich annual tribute to Yoruba culture. The African food market is a great place to explore exotic food imported from Africa or made right here in the UK. For music lovers, there are also plenty of events showcasing the intensely funky music coming out of the continent, including Juju, Afrobeats and jazz.

Usually referred to as SW4, the South West Four is probably the best music and dance festival in London. Held every year in August, the festival has performers from different music genres like house, drum, techno and the famed EDM. Some of the best global brands perform at the festival with the crowds going crazy. One of the best lineups in the continent come together to create a popular summer festival.

Every year the city of London comes together to be a part of the Day Parade at the start of the new year. The parade started around thirty years back and has come to be one of the biggest events of its kind. Covering places like Parliament Square, going up to Trafalgar Square, Piccadilly and ending at Green Park, the parade gets millions to come out. It also raises funds for different London charities with marching bands from different cities around the world performing in the parade.

The Taste of London is a festival hosted by a company that organises a series of food fests around the world, the chief of them being the London edition. If you are a foodie, this will be a dream come true for you as the festival showcases the best restaurants, chefs as well as food recipes that have been cooked up in London’s crucibles. The first edition of the festival took place at the Regent’s Park in June 2018, where about 50,000 people from all around the world took turned out.

The Great British Beer Festival is probably the best beer festival in London, organised by the Campaign for Real Ale. Cask ales, unpasteurized and unfiltered in addition to being conditioned and served out of casks, are the central feature for beer lovers who participate in this very popular festival. First organised in 1978, the GBBF also has a sister festival called the GBBF Winter that specializes in porter and stout beer.

A beautiful carnival held for last fifty years in the city of London, Notting Hill Carnival is basically helmed by the West Indian community in Britain. Attended by over one million people every year, this beautiful carnival is probably the biggest street festival in the whole world. People of Carribean roots coming together and celebrating their heritage sets this festival aside from the typical carnivals held in London or other parts of the UK. With people dancing on traditional music genres like reggae, rumba, meringue and zouk as well as food like jerk chicken and goat stew dominating the streets, this beautiful festival is a celebration of dance, music, and culture, which brings people of the city together, making it one of the most prominent festivals and events in London.

Suggested Read: Christmas In London 2021: Top 10 Experiences For A Lively Celebration Like Never Before!

Probably the biggest jazz festival in London, this music festival brings connoisseurs and players of jazz – famous and upcoming – at one place once every year. Started around twenty year back, this week long festival is a way to provide patronage to jazz and celebrate the culture of it. Presented by Serious, this live music festival stays true to everything London stands for. Today, it is not just limited to London, but has emerged as one of the biggest international events for jazz.

Another grand music festival, Wireless Festival in London has acquired an iconic position in the London festival scene over the years. Held over the weekend, the festival has taken place in popular spots like the Olympic Park and Hyde Park. Many popular and loved artists from different genres like The Who, James Blunt, Jay-Z, Kanye West, Weeknd, David Guetta, Drake, Avicii and many more have performed here in past editions. Wireless has become synonymous with the latest music scene around the globe. Attended by thousands every year, it is the best place to spend your summer nights at.

How many of these amazing festivals in London have you attended? Apart from fabulous dance, music, food and beer, London is also famous for different theatre performances along with the international fashion week. The city has something or the other to offer throughout the year for tourists as well as Londoners. So if you can’t wait to take much awaited London vacation, then plan and customize your London holiday with TravelTriangle and fly out to attend one of these blissful festivals.

17 Things To Do In Queenstown To Enjoy The Best Of Nature, Adventure & Culture In 2021

4 Best Wedding Venues In Istanbul For An Out-Of-The-World Experience!