8 Best And Most Vibrant National Parks In Indonesia 2021 That Take You Into The Wild! 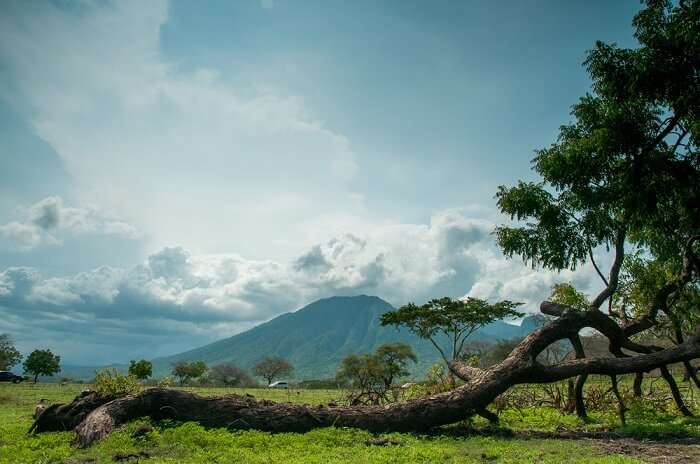 When it comes to natural beauty, Indonesia has an endless appeal, with a never-ending list of attractions to choose from. The national parks in Indonesia are especially beautiful.

Their prominence has pushed the government into declaring and preserving them as nationally protected areas. If you are a nature lover or simply looking for an adventure in Indonesia, you should visit some of its best national parks.

8 of the Top National Parks in Indonesia

From oceans to mountains, discover the vibrant country’s most beautiful national parks.

Much famed to be one-of-a-kind national parks in Indonesia, Komodo National Park has qualities that no other wildlife attraction in the world has. Komodo National Park is the only place where you can spot the ancient and rare species of Komodo dragons, often referred to as the last dinosaur on earth. However, this national park is composed of three big islands that are much famed as Komodo Island, Padar Island, and Rinca Island. The rich wildlife here extends far beyond the Komodo dragon, with an abundance of biodiversity that ranges the majestic Timor deer, turtles, dolphins and dugongs, as well as more than 1,000 species of tropical fish, sponges and corals. Komodo National Park diving is a popular activity due to the pristine waters of its beaches. You can explore the parks islands and attractions with Komodo National Park tours and have an unforgettable experience.

Must Read: 10 National Parks in Sri Lanka That Bring You Face-To-Face With The Incredible Nature

Throughout the large archipelago of Indonesia, the renowned Bunaken National Park sprawls across one of the densest areas on the planet for marine biodiversity. Lying on the depth of the sea, on the seabed is a very rich and thriving coral ecosystem, which includes the massive and impressive vertical coral wall that serves as a home to a variety of mollusks, sponges, and corals. Other than that, the national park also has about twenty diving sites that vary in levels,-and depth. Beyond the deep blue sea, the beauty of this famous national park expands to the land, with tall and majestic coconut and palm trees, and several endemic species of macaque, bear cuscus, and even wild deer. If you want to witness natural beauty on land and in the sea, you should definitely make visiting this national park a part of your list of must-see places in Indonesia.

Suggested Read: 10 Bizarre National Parks In Thailand For A Rare Encounter With The Wild

Other than spanning across four provinces of Sumatra, the Kerinci Seblat National Park is also a home to Indonesia’s second highest volcanic peak – Mount Kerinci. Wildlife thrives in this park due to the unspoiled nature, making it a home to a wide range of peculiar species not seen anywhere else in the world. The park is also called home by more than 4,000 plant species including the worlds tallest flower – Titan arum, the largest flower – Rafflesia Arnoldi, along with other species such as tigers, rhinos, and birds. This is a fascinating place to visit when you are in Indonesia, so make sure that you do not miss it.

Back in 1883, the massive Krakatoa explosion is the sole reason that led to the creation of what is known as the Ujung Kulon National Park today. Not only did that explosion destroyed many villages but also made many people flee that area altogether. People returned to the area decades later, but only to observe and preserve the vibrant and diverse wildlife in the lowland rainforest. The park also comprises of the peninsula area called the Krakatoa islets located at the westernmost point of Java along with other small islands. This is a well-protected national park which is home to many rare and endangered species of plants and animals, including the silvery gibbon, iconic one-horned rhinoceros, Java mouse-deer, and many more.

Nestled between Agats and Timika in Papau, the UNESCO World Heritage Site of Lorentz National Park spreads across an area of 6.2 million acres that also happens to be Southeast Asia’s largest protected area. The vast expanses of the park encompass lowland wetlands and tropical marine environment, as well as the highest mountain in Indonesia, Puncak Jaya, capped with permanent ice fields. Reaching 16,024 feet (4,884 meters), the mountain is the tallest peak between the Andes and the Himalayas, and one of only three equatorial glaciers in the world. The biodiversity of the park supports rare animals. This is also a region where you can find many isolated tribes, including the Asmat (Komoro, Sempan), Amungme, Mimika, Ngalik, Nduga, Somohai and Western Dani. This is one of the best national parks in Indonesia and a must-visit when you are in the country.

Suggested Read: 13 Jakarta Tourist Places 2021 That Showcase The Other Side Of Indonesia

Renowned worldwide for featuring highest number of coral reefs and fishes in the Asia-Pacific Coral Triangle, this underwater paradise of Wakatobi National Park is a must-visit for all adventure enthusiasts. Apart from 942 fish species and 750 coral reef species, the park has quicklygained the world’s attention for its quality scuba dives and magnificent underwater life. Apart from diving, you can enjoy the beauty of its many breathtaking beaches and see different types of turtles, if you are fortunate. If you visit the park in November, you can see sperm whales majestically swimming in the pristine waters. Bird watchers can also have a great time in Wakatobi as it is home to famous bird species like Cerek Melayu and Kingfisher Eurasia. If you want to visit paradise on earth, you should definitely take a trip to this amazing park.
Entry Fee: INR 731
Location: Regency of Wakatobi, Southeast Sulawesi, Indonesia
Highlights: Superb diving spots; Sperm whales and a variety of turtles

Suggested Read: 10 Best National Parks In Malaysia That Will Evoke Your Love For Nature & Wildlife

A famous UNESCO World Heritage site set in the heart of Indonesia, Gunung Leuser National Park is one of the most fascinating attractions in the country. Being the last place on earth where you can witness Orangutans in their originality, it offers 700 species of birds, animals and mammals, some of which are elephants, rhinos, tigers, leopard cats, and macaques. The park is located near Gunung Leuser peak which gives its the name. Apart from this, the park is also home to plant species comprising of world’s largest flowers. The park is a complete treat and a perfect spot for a soul-filling holiday experience.

Further Read: Bali In Summer: A Pocket Guide For A 2021 Holiday Affair In Indonesia

National parks in Indonesia have much to offer visitors. They are home to numerous species of amazing wildlife, marine life and plants. These parks give you the opportunity to see spectacular sights not found anywhere else in the world. If you are on a trip in Indonesia , make sure to add these beautiful and famous national parks to your list of places to see during your stay.

Bali In Summer: A Pocket Guide For A 2022 Holiday Affair In Indonesia

Your Pocket Guide To Explore Sultan Park In Maldives In 2022!

Timor Island: A Handy Guide To Have The Best Indonesian Vacation Ever!