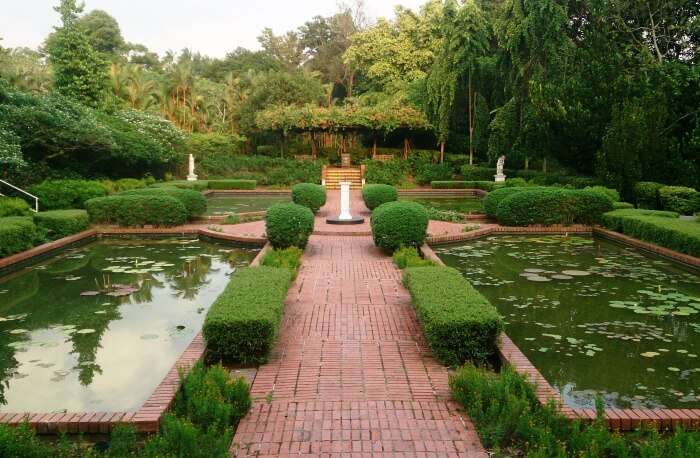 There is a very interesting story behind how Raffles Landing Site in Singapore got its name. Sir Thomas Stamford Bingley Raffles (1781-1826) landed in this place on the 28th of January 1819. The trip lasted ten days. During this trip, he signed the first treaty with the rulers. Sir Raffles’ statue has been resurrected at the site where the agreement took place. The statue was unveiled in 1972. It is made out of plaster casts. It stands opposite Victoria Concert Halls. This is one of the most popular historical places to visit near Raffles Landing Site in Singapore. That’s not all. Raffles is replete with tourist attractions that shouldn’t be ignored on your trip to Singapore.

For those of you who don’t know Sir Raffles, he was a British statesman, Lieutenant-Governor of the Dutch East Indies from 1811 to 1816 and Lieutenant-Governor of Bencoolen from the year 1818 to 1824. He’s best known for being the founding members of Singapore and the British Malaya. He made groundbreaking contributions in the Napoleonic Wars. He was instrumental in the conquest of the Indonesian island of Java from Dutch and French forces. He helped expand the British Empire and also wrote “The History of Java”. Raffles Landing Site is a fitting tribute to Sir Raffles.

Raffles Landing Site is situated at Boat Quay within Downtown Core of the Central Area of Singapore. The latter is Singapore’s Central Business District. In 2019, when Singapore turned 200, various alterations were made to statues around Sir Raffles’. The statues of Raffles’ contemporaries such as Munshi Abdullah, Tan Tock Seng, Naraina Pillai, and Sang Nila Utama were resurrected. It was a matter of immense joy for Singaporeans. The plaque under the statue reads as: “On this historic site, Sir Thomas Stamford Raffles first landed in Singapore on 28th January 1819, and with genius and perception changed the destiny of Singapore from an obscure fishing village to a great seaport and modern metropolis.”

We have shortlisted 5 amazing places to visit near Raffles Landing Site in Singapore that will captivate all your senses. Make sure to take your friends along. You will have the time of your life in Raffles Landing Site and will not be disappointed by anything that this place has to offer you. You’re in for a treat. Are you ready?

Once you are in Suntec City, you should not miss the largest fountain in the world, Fountain of Wealth. This is also has been recorded in the Guinness Book of World. This fountain is an adorable place where you can take pictures. This huge fountain is really awesome to visit and it is unique during the day and night. You can get different views this time. Take a walk around the fountain and collect the coins. You can also enjoy the laser performance at night.

This food joint is perfect for casual eating or social gathering where you can hang out with your friends. You can have delectable dishes here, but their specialty is in eggs. Once you try smoked salmon egg, Benedict, here, you will fall in love with this place. Besides, the cozy and familiar ambiance is the next thing that visitors prefer.

Jurong East is known for its posh shopping malls. International Merchandising Mart (IMM) outlet mall houses over 90 branded stores, with each of them offering great deals, discounts, and wholesale prices around the year. If you’re looking for value for money, head to this 5-story mall. Make sure to stop by here.

National Orchid Garden is located within Singapore Botanic Garden. It houses a wide variety of exclusive orchids. This place was inaugurated in 1995 and presently displays about 60,000 orchids from 1000 orchid species. The most interesting part about the National Orchid Garden is the display and layout pattern of orchids. All the species are arranged as per the four seasons of the year. The yellow and cream orchids represent spring, red and pink signify summer. Purples are for autumn while snow white orchids epitomize the beautiful winter season.

Are you ready for your mind to be blown away by these picturesque places to visit near Raffles Landing Site? We bet you are. Book your trip to trip to Singapore with TravelTriangle to avail exciting deals and discounts. We assure that you’re in for the time of your life. Make sure to stop by these tourist hotspots. They deserve your attention! These places will suit travelers of all types. What are you waiting for? Pack your bags and set off to this pretty destination today!

30 Best Places To Visit In Calicut That Are Too Enchanting To Be Missed In 2021!