Surat Fort: Know Everything About This Monument Which Has A Rich History! 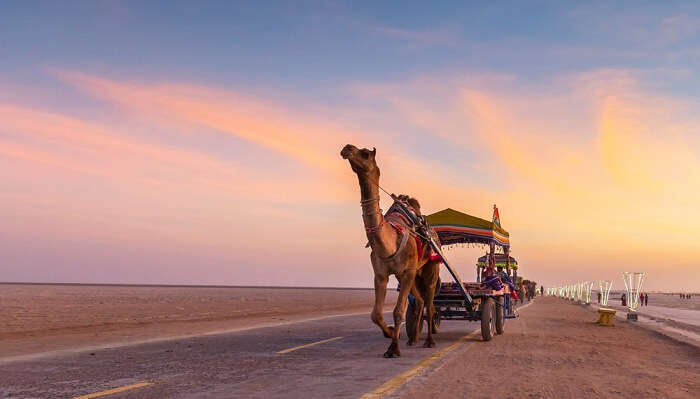 Gujarat is not just a state known for its rich culture and heritage, but also a land which is abundant of beautiful wonders which are worth exploring. Whether it’s the majestic white desert of Rann Of Kutch or the ancient architecture of the Vadodara city, this state never fails to leave its visitors mesmerized. While Vadodara and Ahmedabad hold strong importance in the state, but apart from that Surat doesn’t fall back in the race. This city has come into the limelight and gained the status of the fastest-growing cities in Asia. Known for its incredible development initiatives, cleanliness and business trade, the history of Surat is equally rich than its present time. The majestic Surat Fort silently whispers the story of the marvellous era of 16th century and its richness which can still be seen. Know everything about this abandoned beauty of the fort in Surat and relive the past of this ever-growing city.

The Surat Fort was built in the 16th century by the Ahmedabad king Sultan Mahmood-III. The reason this fort was constructed was to keep the city away from the frequent attacks which have devastated the entire city. The entire work of construction was given to Safi Agha who was a Turkish soldier who was later given the title of Khudawand Khan. When a Portuguese traveler named Barbosa visited Surat in 1514, he described this city as the major location for trading and also mentioned about the seaport which yielded a huge revenue. Later in 1512, Portuguese attacked the Surat city and by 1530 they initiated a piratical raid under the guidance of Antonio Da Salvaria. Being annoyed by these frequent destruction and attacks, king Mahmud declared to build a strong caste which will protect the city from the invaders and that’s how the Surat Fort came into existence.

Suggested Read: Top 8 Places To Visit In Gujarat During Monsoon To Enjoy This Season In 2021

By Bus: If the visitors are planning to take a bus then there are frequent buses which run from Surat Railway Station till the Chowk Bazaar. The common bus numbers which run on this route are 106, 107, 108, 127, 137.

By Auto: Tourists who are willing to take an auto have to get down at Chowk or Chowk Bazaar which will cost around INR 15-20 in a shared auto for 3kms.

Apart from gazing at the heritage beauty of the Surat Fort, also go and check out these attractions nearby Surat Fort.

While the architectural beauty of the old fort of Surat will fill up with all the fascination for history, there is another attraction which is quite a highlight. Situated around 21 kilometres south-west of Surat city, the Dumas beach is a famous picnic spot which also has a dark history. This is not just a beach, but also one of the most haunted places in Gujarat. This place was earlier a burial ground and strange activities have been witnessed here. But it has turned out to be quite an attraction to explore where people can watch the sunset and the semi-urban expansion of the Arabian sea.

Suggested Read: Shopping In Gujarat: 10 Incredibly Awesome Places That Will Tempt You To Splurge More!

The Dutch Gardens reflect the architectural style of the European heirlooms which gives visitors a chance to witness the beautiful cultural experience. This is one of the most famous and ancient landmarks located in Surat city. This intricately designed garden is home to some of the ancient mausoleums, marvellous domes, and also beautiful galleries. Situated at the Kataragam Gate, this exotic garden shares boundary with the Dutch Cemetery.

As you will step inside this exotic wetlands, you will be mesmerized by the diverse beauty of wildlife and nature. Also known as the bird watcher’s paradise, this lake is a home to many migratory birds who flies down in flocks and makes a great sight to capture in the early morning. Earlier the wetland was facing massive destruction until some village kids saved this place. In the present day, this place is protected by the Surat Municipal Corporation. This place is a must-visit while in Surat city especially during the monsoon season.

Suggested Read: 10 Famous Festivals In Gujarat To Celebrate In 2019 With Joyous Fervor

Dandi village is the place which has its own importance etched in the pages of history. One of the most historic landmarks, this place is known as the place where the Dandi March or Salt March came to an end. The entire city tour of Surat is incomplete without visiting this place. The Dandi beach is quite an attractive location to enjoy a day with family and kids. Situated at the coast of the Arabian sea, this place is a must-visit while here in Gujarat.

Further Read: 10 Historical Places In Gujarat That Uncover A Legendary Past

Does the past of this ancient architecture fascinates you? If yes, then make sure to mark Surat fort in your bucket list and capture the marvellous beauty of the walls and roofs of this ancient monument which still speaks its story. Plan your much-awaited and relaxing holiday in Gujarat and enjoy a historic walk in the Surat city which will let you learn and discover the story of the past.

What is Surat famous for?

Surat is the biggest textile hub of the country and is famously called the “Silk City of India”. Home to a number of cotton mills and Zari craft, it also holds the prestigious title of being the center of the biggest Man-Made Fibre in India.

When is the best time to visit Surat?

Considering the fact that Surat experiences extremely hot summers, the winter months of October to March is the perfect time to visit Surat. The pleasant weather is just right for outdoor activities and sightseeing.

Which are the famous historical places in Surat?

What is there to do in Surat?

A few exciting things that you should not miss in Surat are:
1. Spend some fun time at Dumas Beach
2. Visit the historical Surat Fort
3. Explore the European Relics At The Dutch Gardens
4. Enjoy Bird-Watching At Gavier Lake
5. Go street shopping

When was the Surat Fort Built?

The Surat fort was built in the 16th century by the then ruler of Ahmedabad, King Sultan Mahmood-III.

Why was the Surat Fort built?

During 1512, the city of Surat was attacked by the Portuguese who wanted to take control of the seaport yielded huge revenue. Frequent attacks and destructions of the beautiful city of Surat forced King Mahmood to build a stong fort around it which we know it as the Surat fort.

Is Surat Fort open on Sundays?

No. The Surat Fort remains open from Monday to Saturday only.

32 Hidden Places In Goa: Explore The Unexplored Side Of Goa In 2022

10 Best Beaches In Netherlands To Go Crazy & Wild In The Beautiful Country In 2022!