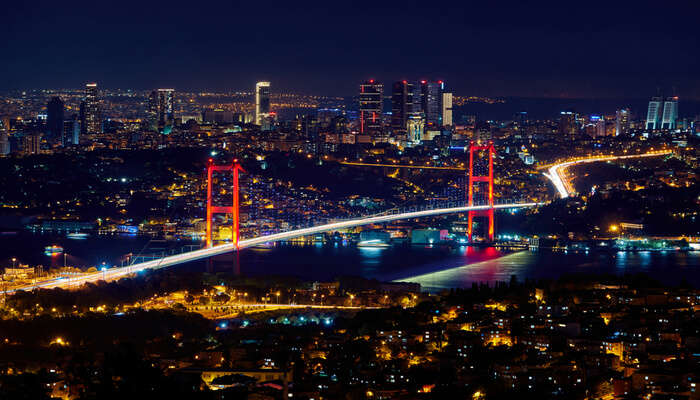 You will get a taste of richness and diversity if you visit Turkey in July. Once positioned as the centerpiece of the great Ottoman Empire, the modern Turkish Republic is one of the most sought after tourist destinations in the world. Straddling Asia and Europe, its location puts Turkey in a strategically influential space and serves as a gateway between Asia and Europe.

As a result, trade and cultural exchange has made Turkey a prolific country with a distinct identity. Here you will get a taste of a mouthwatering cuisine as well as find numerous archaeological and religious sites. In this particular guide we will look at some of the things that make visiting Turkey in July a greatly rewarding experience.

Weather In Turkey In July 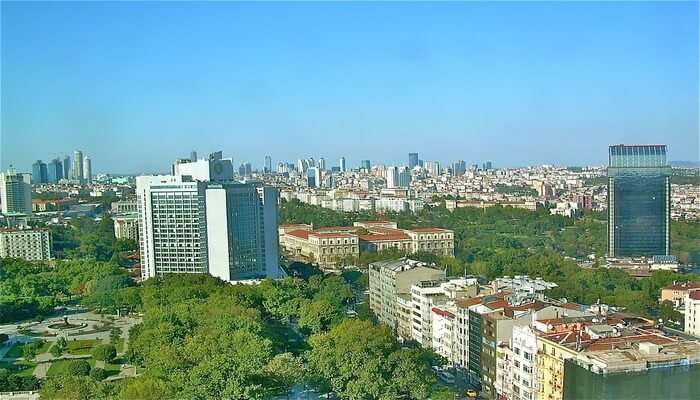 The weather in Turkey in July is usually hot if you consider European standards. The mean day temperatures range anywhere from 25 to 30 degrees Celsius. While the nights are cooler at around 20-22 degrees Celsius. The crowds throng to the beaches at this time as the easy breezy weather and a ripe 28 degrees water temperature for taking a dip or just lounging on the beach.
In order to take full advantage of the weather, you need to pack a few things in your luggage.

Why Should You Visit Turkey In July 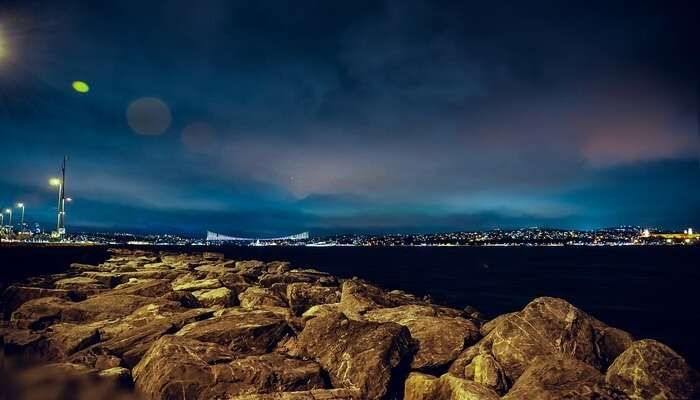 There are plenty of reasons to visit Turkey in July. The people in Turkey are friendly and welcoming of the visitors as it means better business for them. The country is beautiful, cheap and culturally rich. Turkey in July has comfortably warm seas hence beaches are packed and buzzing. However, the crowds in the cities are lean, which results in cheap accommodation and less lines at attractions.

Turkey in July also hosts a couple of seasonal festivals along with an annual Jazz festival. The Istanbul International Jazz Festival is an annual cultural festival held in Istanbul in the month of July each year. Here you can enjoy Jazz performances by famous artists from around the world.

5 Places To Visit In Turkey In July

Now if you have decided to visit Turkey in July, then the following places will give you the best travelling experience: 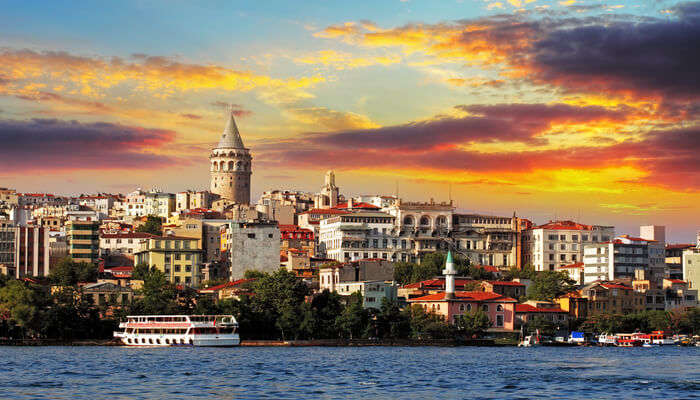 Istanbul is the largest and most famous city of Turkey. It’s so popular that people sometimes mistake it for the capital of Turkey (It’s Ankara by the way). It did, however, once served as the capital city for the Ottoman as well as the Byzantine empire. Istanbul has the distinction of being the only country in the world spanning over two continents.

It has to offer impressive opportunities to visit historical sites, great shopping and great nightlife and food. If you plan to visit Turkey in July then you can find historical attractions like Topkapi Palace, Hagia Sophia and the Blue Mosque.

Must Read: 82 Best Places To Visit In Turkey That Must Be On Your Itinerary In 2022 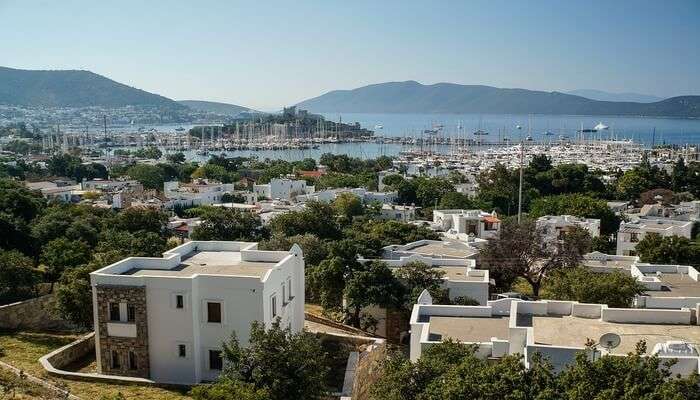 To beat the heat in July you can visit the coastal city of Bodum. It was home to the Mausoleum, one of the ancient seven wonders. Now, its ruins, pretty beaches and resorts at the cliff top attracts visitors from around the world. Here you also get to visit the Bodrum castle (now museum) otherwise known as the Castle of St Peter. The beachfront is lined with cafes, bars, shops and restaurants and you can visit there to grab a bite.

Suggested Read: This Is How You Can Impress Your Soulmate On Valentine’s Day In Turkey! 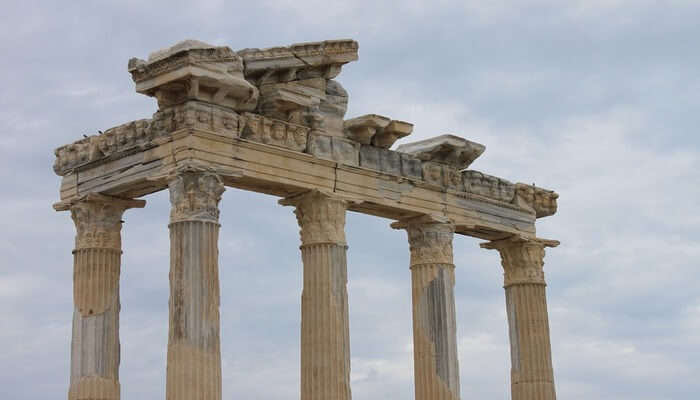 Side can be considered as the perfect tourist destination. Here you will find ruins of a giant amphitheatre and some temples that are remnants of the ancient Roman Empire. After you’re done with the historical locations you can head to the white sandy beach in the afternoon. To top off the day, Side’s charming narrow lanes offer fantastic dining with a variety of world cuisines, and good shops and nightlife satisfying every kind of person.

Suggested Read: Turkey In September: The Ultimate Guide For Exploring The Land Of The Legends! 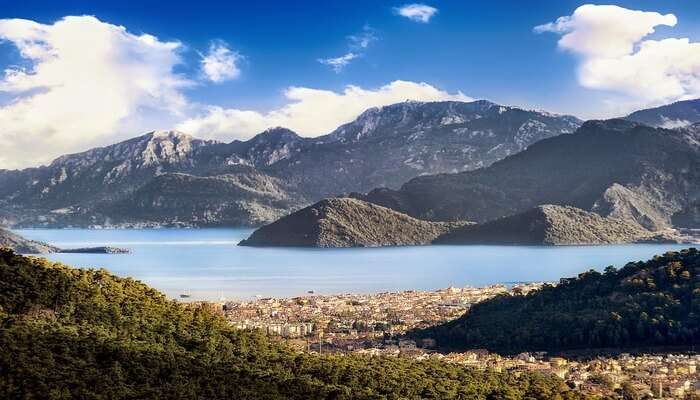 The Turkish Riviera is home to a picture perfect cruise port town called Marmaris. Tourists throng the place in July to enjoy the white sands, crystal clear waters and pine forested mountains. Here you can take a boat ride to explore the neighboring hamlets and charming bays. If adventure is what you seek, then Marmaris offers water sports, kayaking and snorkeling. Again, you can end the day with a fulfilling meal from the local food joints.

Suggested Read: Turkey In October: Witness The Land Of Aladdin At Its Best! 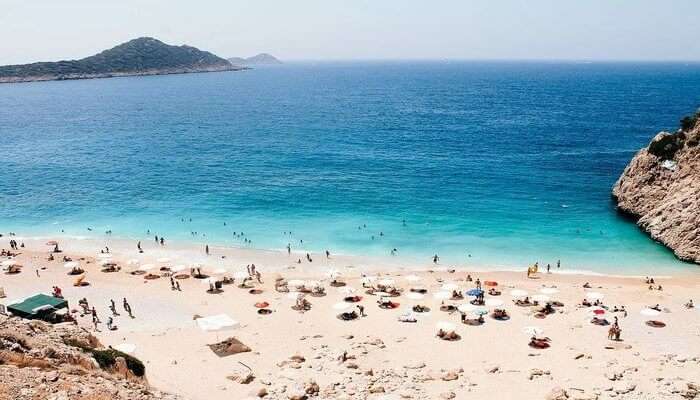 Antalya is another coastal city to visit in Turkey in July and is frequented by tourists for its turquoise waters and sandy beaches. The magnificent scenery is dominated by azure seas, coastal resorts, dense green forests in the mountains. Dotted across these mountains are the ruins of structures built by the ancient Roman Empire. If you visit Kaleici you will get to see Roman walls and gates and narrow streets in a maze like formation.

Suggested Read: 6 Iconic Bridges In Turkey That Are A Paragon Of Beauty & Magnificence!

5 Activities To Try In Turkey In July

Turkey in July offers visitors excellent opportunities to enjoy the summer breeze and beautiful beaches. We have listed some of them below:

1. Get Spiritual In Suleymaniye Mosque 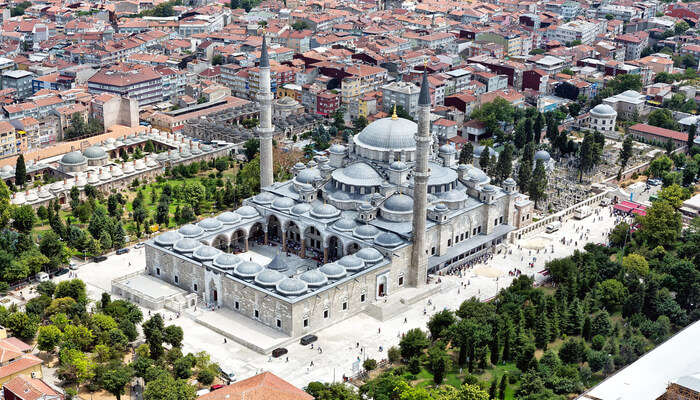 Visitors across the globe profess that the beauty and tranquility of the Suleymaniye Mosque gives them immense sense of spirituality. Built in the 16th century, the mosque exhibits a beautiful blend of Islamic as well as Byzantine architecture. Although it was damaged in the 1st World War, the mosque has been restored to its former glory through the years.

Suggested Read: 5 Historical Caves In Turkey Which Will Give You Some Serious Adventure Goals!

2. Shop In The Grand Bazaar 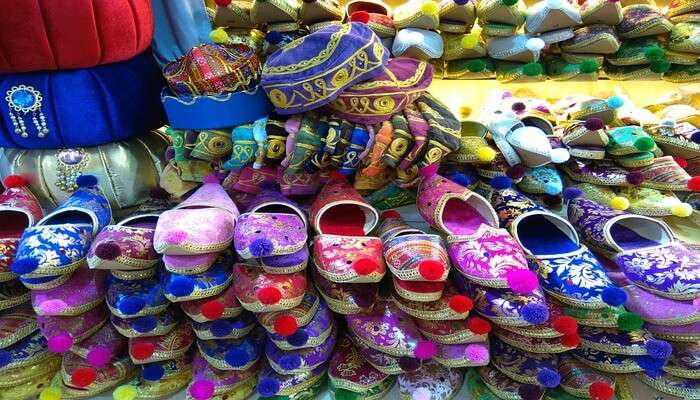 The Grand Bazaar in Istanbul is one of the largest indoor markets in the world. Dotted with over 4000 shops, it is said to have been in place since the 15th century. This marketplace sees a footfall in excess of two hundred thousand people daily. Here you get to shop for old coins, jewellery and carpets (don’t buy if they don’t fly). If you visit Turkey in July then you have a chance at getting all these at dirt cheap prices as the summer sees less visitors.

Suggested Read: 7 Therapeutic Hot Springs In Turkey Everyone Who Searches For Tranquility Should Visit 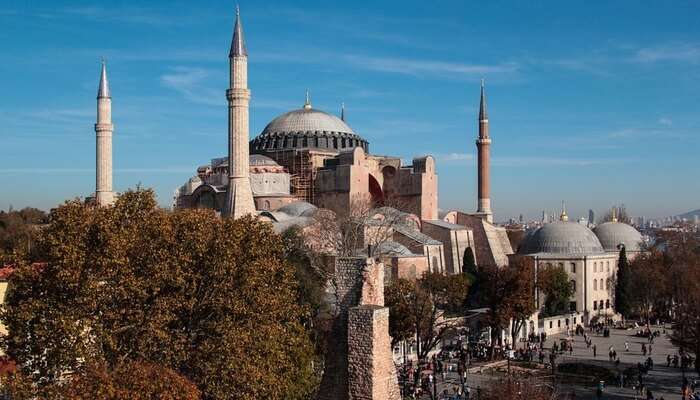 One of the greatest examples of Byzantine architecture is the Hagia Sophia. Built in 537 AD, it has served as the house for worship to many religions. You can see the proof of this in the mosaics which depict several religions. It also served as the inspiration for the Blue Mosque.

Suggested Read: 8 Monuments In Turkey That Are A Reminiscence Of The Turkish War Of Independence! 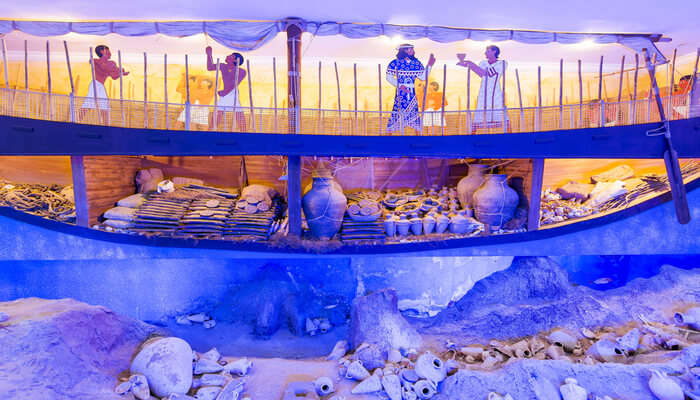 The Bodrum Museum of Underwater Archaeology, as its name suggests is a museum with specimens collected from the sea bed. All exhibits kept here have been discovered around the Turkish seas. The museum features ancient jewelry, vases, glassware and even a tomb of an ancient Carian princess. Taking a trip to this museum can be a very educational experience.

5. Check Out The Antalya Aquarium 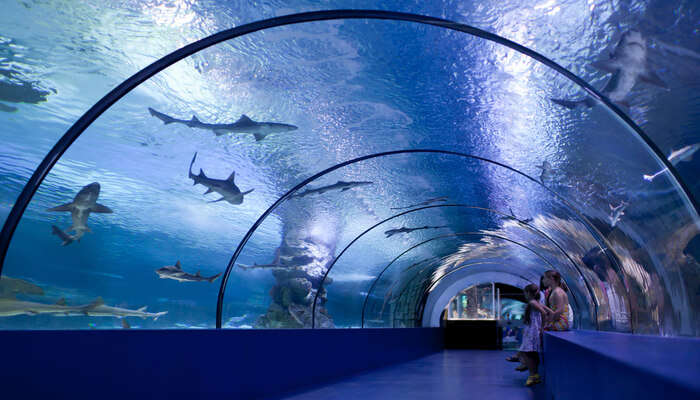 The Antalya aquarium is one of the largest of its kind in the entire world. This can be a fun and educational outing for the whole family. It features the longest tunnel aquarium in the world. In addition to ocean life forms, you will get to see a reptile house, an ice museum and a snow world inside the same complex where you can play with snowballs. Yes, you read it, snowballs in Turkey in july!

Visiting Turkey in July has a lot to offer for the average tourist. We have tried to compile a few things to help you to plan for your next summer trip to Turkey. It is a country with a rich history, delectable cuisine and plenty of attractions and tried to cram as many things into this guide as we could. However, we hope that you can still discover more things to make your trip a colossal success.

Is July a great time to visit Turkey?

Well, July is a month of summer. The heat can be uncomfortable but pristine beaches allow you to have a pleasant vacation. In fact, everything becomes pretty much cheap due to the non-peak season. So, the choice is ultimately yours.

Which is the best time to visit Turkey?

The best time to visit Turkey would be April, May, September and October. These are pleasant and warm and are typically great to visit the ancient sites of Turkey.

How many days do you need to travel in Turkey?

You should plan a vacation for 10-12 days in Turkey if you want to visit the historical sites, museums, and explore nature.

What is Turkey famous for?

Apart from the ancient ruins in the cities of Ankara and Istanbul, Turkey is also known for its amazing variety of textiles. Additionally, you can buy Traditional Turkish Carpets, Sweet Baklava, Nargile Pipes and Exotic Spices.

Does Turkey count as Europe?

Turkey is the only country apart from Russia, to have parts in both Europe and Asia. The capital Ankara, is located on the Asian side where the majority of the country lies. The historic city of Istanbul is the only city in the world with a distinction of being part of two continents.

Greece In July Novena In July Bali In July 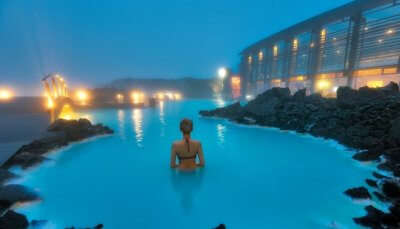