3 Bridges Near MacRitchie Reservoir That Are Famous In Singapore 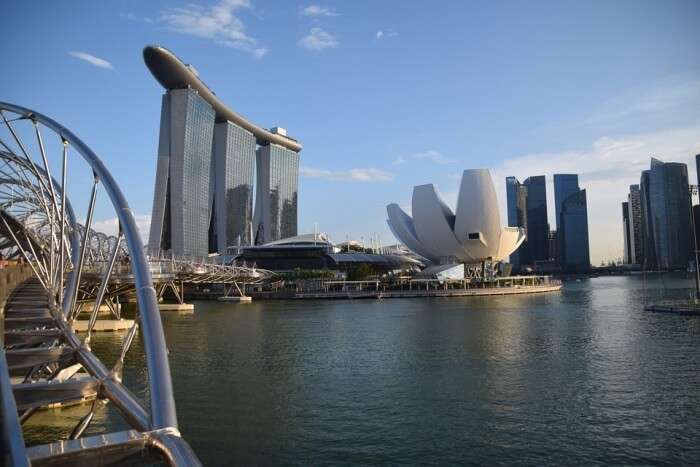 Officially called the Republic of Singapore, this Southeast Asian country is one of the most-visited tourist destinations in the world that receives travelers throughout the year. The country is known for history as well as architecture and the bridges here reflect the significance of both! You’ll find various bridges in the country that are considered to be one of the most important landmarks. There are some bridges near MacRitchie Reservoir from where you can have a mesmerising view of the island city state and make numerous memories. The country is considered to be the most technology ready and has a vast culture. You can witness the cultural richness of this country through art, cuisine, and literature.

Apart from the culture, the history of the country of Singapore is also quite vast. This island city state became a British as well as Japanese colony and this past of the country is visible through different monuments, memorials, and displays in museums. Some of the bridges here were built during the rule of the British Empire and through the architecture, one can witness the British influence on them. Visiting and exploring the various bridges of this country is a must if you want to have a better idea of the architectural aspects of this country.

MacRitchie Reservoir is considered to be the oldest reservoir in the country of Singapore. The reservoir was established in the year 1868. It was first called by the name Thomson Reservoir or Impounding Reservoir – it was due to the fact that the reservoir was established after having the water impounded from the earth embankment. Since this site is quite old, you’ll get a lot to learn about the historical significance and vastness of Singapore here.

To make your travel experience more amazing, combine your trip to this reservoir with a visit to the magnificent bridges. The country has a lot in store for those who want to go sightseeing and bridges are an important part that are awe-inspiring for the tourists. The country is full of magnificent bridges, established with different architecture. Listed below are a few bridges that you’ll find at a close distance to MacRitchie Reservoir. Don’t forget to add them in your itinerary!

This beam-structured bridge has been established in Clarke Quay that is a part of the Singapore River Planning Area. the bridge has been constructed over Singapore River and connects Swissôtel Merchant Court with Clarke Quay. This is one of those bridges in Singapore that signifies the glorious history of the island city state. The construction of Read Bridge began in the year 1881 and the completion happened in the year 1889.

This one’s a concrete road bridge that has been pre stressed. This bridge has been built across the Singapore River. This bridge has been established to honor the French Prime Minister, Georges Clemenceau. He made a visit to the Southeast Asian country in the year 1920. If you have a thing for history as well as architecture, then visiting this bridge is a must!

Your Singapore vacay is going to be a worthwhile experience if you’ll witness most of the aspects of this country. The above-listed bridges near MacRitchie reservoir will make your sightseeing of the architectural marvels more amazing. Make sure you cover all over these to have an enlightening and fulfilling travel experience.