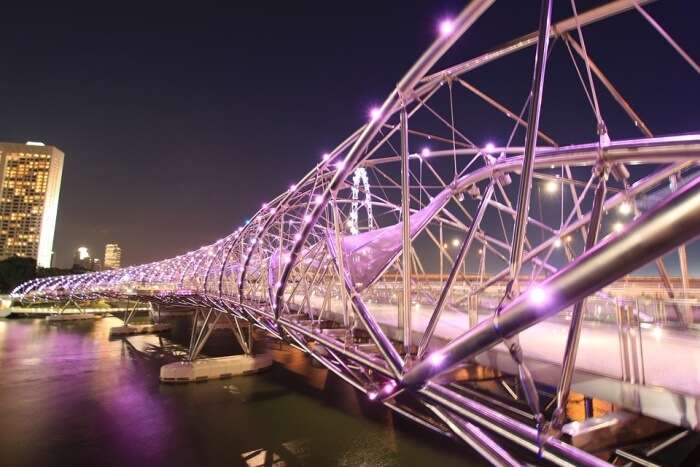 The culturally rich country of Singapore attracts people from all over the world. The vast history, eclectic culture, architectural marvels, and welcoming people, everything will make you want to stay a little longer. The country is full of marvels – natural or artificial and the various skyscrapers will simply take your breath away. Each aspect defines the country in the best way. To make your experience unforgettable here, covering most of these aspects is a must. Skyscrapers are one of the most prominent highlights of this country, reflecting the architectural significance of the country. Similarly, the bridges in the country symbolise the historical as well as developmental aspects of this country. You’ll find various bridges near Old Parliament House where you can witness the rivers and have the best view of the island city state.

The country of Singapore has the best beaches and picturesque landscapes. The country can be considered as the perfect blend of natural and man-made as well as history and modernity. You can get indulged in various adventurous activities here that will make your whole vacation productive in the Southeast Asian country. Moreover,

The building of Old Parliament House in Singapore is one of the prominent points of interest in the country. Depicting historical as well as political aspects of Singapore, the Old Parliament House is popularly known by the name The Arts House. Currently, the place is used as a venue where various art exhibitions as well as concerts are organised. The building was constructed in the year 1827 and is considered to be the oldest government building in the Southeast Asian country.

There are many tourist attractions around this site and some of them are major bridges. A few of these bridges have been listed below!

This bridge was inaugurated in the year 1981 and is the longest bridge in the country with its length being 1.8 kilometers. The bridge is even considered to be the tallest, erected at a height of 29 metres. The eponym of the bridge is Dr. Benjamin Henry Sheares who was the second president of the Republic. The viaduct bridge is located in East Coast Parkway in the Downtown Core. being the longest, the bridge covers the areas of Kallang, Marina East, Downtown Core, and Marina South.

This one’s the only suspension bridge in the country that covers the lower extents of the Singapore River at the Downtown Core. The complete length of this bridge measures 79 metres. The brilliant architecture is the work of Rowland Mason Ordish and Colonel Collyer. The first name given to this bridge was Edinburgh Bridge in order to pay honour to the Duke of Edinburgh. However, it was later called Cavenagh Bridge to commemorate Major General Orfeur Cavenagh.

Your Singapore holiday will be an unforgettable experience if you’ll visit most of the major architectural marvels of this country. Bridges in Singapore are not only there to link one place to another, they also give an insight to the historical as well as architectural aspects of the country. The above-mentioned bridges near Old Parliament House are a must visit if you want to have a closer look at the heritage and history of the country.