10 Churches In Netherlands Which Offer A Glimpse Of The Ancient Structures Of Europe! 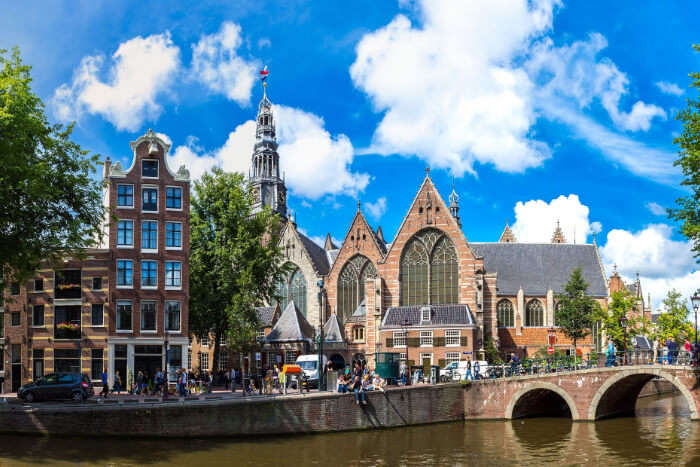 Netherlands is a northwestern country of Europe which is famous for housing the beautiful canals, vast fields of tulip, windmills and never-ending picturesque cycling routes. Through the many hundreds centuries of existence of this country, several prominent and stunning churches have been built throughout the many towns and cities in Netherlands.

Many of these beautiful architectural churches are known to be the oldest standing structures of the world. Some of the best churches in Netherlands is given below. 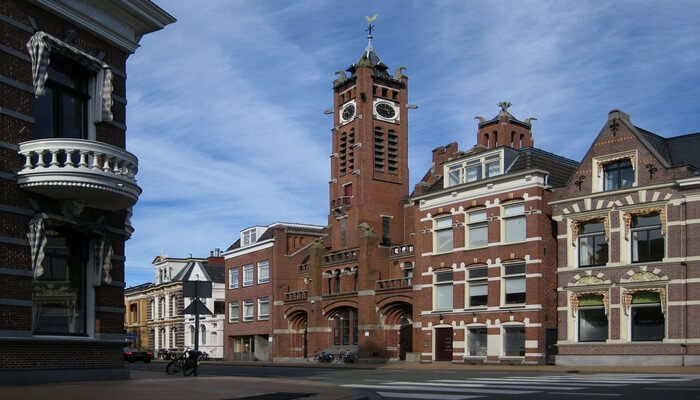 This Protestant church in Netherlands was built just outside the Nieuwmarkt by the Amsterdam municipality. Zuiderkerk, meaning the southern Church, was built in the year 1611. Unlike the Pentecostal churches in Netherlands, the interiors of this church feature vast spaces with bare minimum inclusions to meet the modest sensibilities of Protestantism. 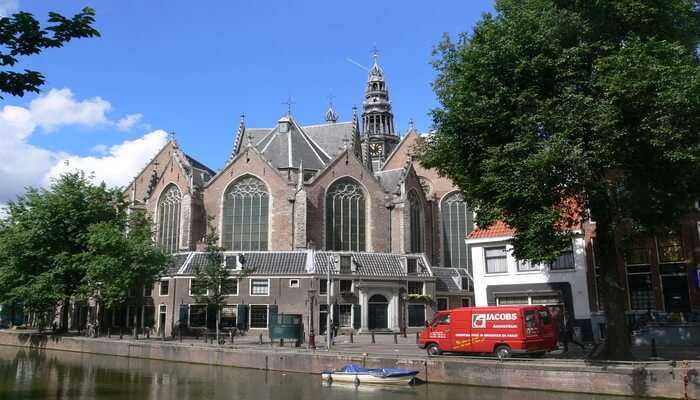 This is one of the oldest Dutch Reformed churches in Netherlands which has an intriguing history. Oude Kerk church was originally erected by the bishop of Utrecht in the year 1306. During that time it was a famous Catholic church. Later during the Dutch Reformation, the Protestants converted it into a Calvinist church by stripping off the god and everything else which depicted Catholicism. 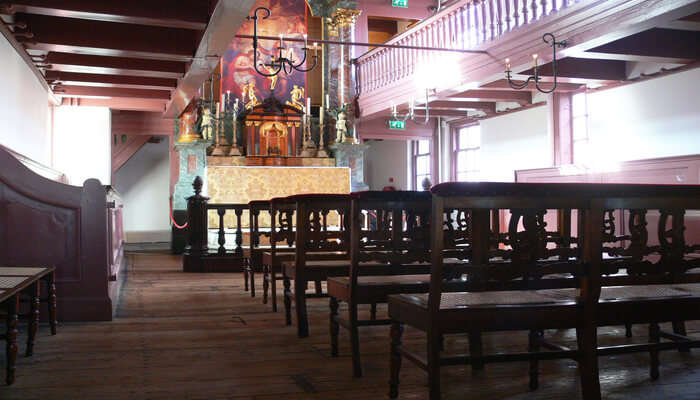 After the Dutch reformation in the 17th century, almost every Catholic church was transformed into a Protestant one and the Catholicism was completely outlawed. This led to the Catholics practising their faith in secret and as a result of this a few Catholic churches were built and hidden throughout Amsterdam. Ons’ Lieve Heer Op Solder is one such Catholic church in Netherlands which is hidden in De Wallen. It was luckily not discovered during that time and after the 19th century, it was transformed into a wonderful museum. 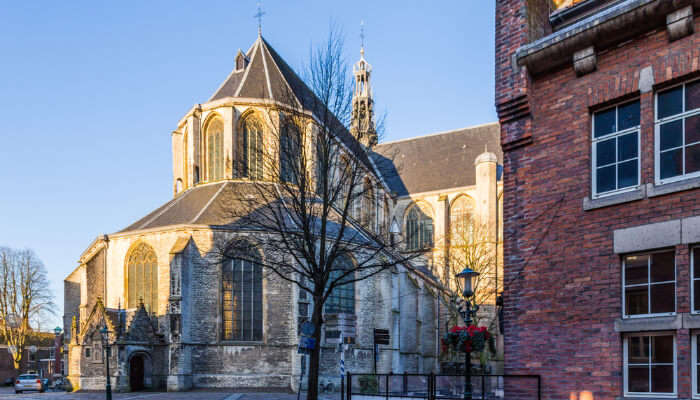 Laurens church is one of the historic churches in Rotterdam Netherlands. This was originally in the form of gothic Laurenskerk and was built in the year 1525. It suffered massive damages during the 1940 bombing in this area and most parts of this church were destroyed to a large extent. In the late fifties and early sixties, this church was rebuilt by incorporating outstanding architectural features and was renamed as the Laurens Church. 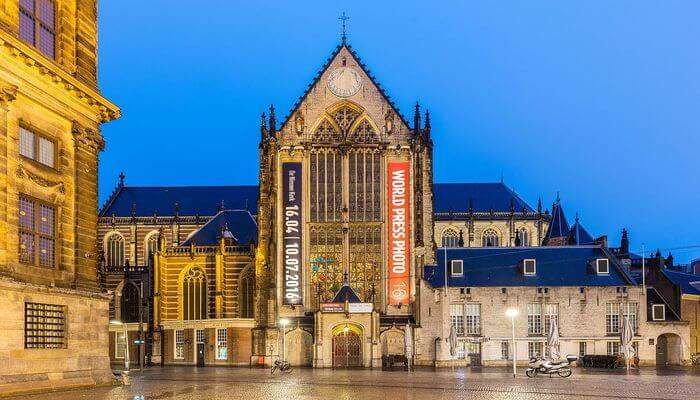 This is one of the famous churches in Netherlands which was built in the 15th century on the orders of the bishop of Utrecht and was then named as the Nieuwe Kerk which means the “New Church”. It is located in the Dam Square. Unfortunately, this church was destroyed in the 16th century due to fire. It was rebuilt again and it stands beautifully displaying striking features of Southern gothic architecture. 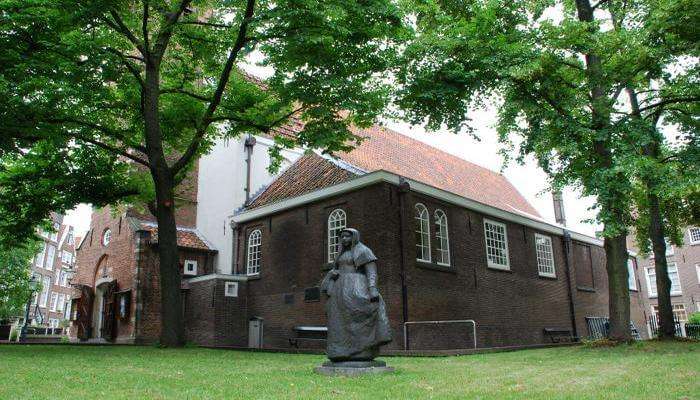 This small but elegant church was confiscated during the 15th century when Calvinism was adopted by the Dutch government. It is now known famously as the English Reformed church and has been dedicated to the Protestant Christians who use this place for worship. Till today all the weekly rituals have been conducted smoothly here without any sort of interruption. 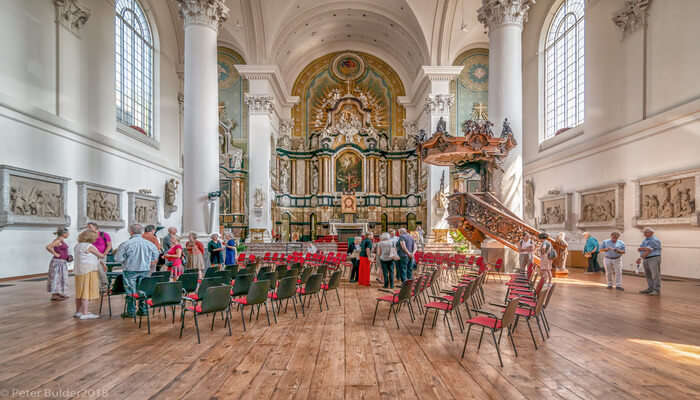 This is one of those churches which were built hidden in the city of Amsterdam for secret Catholic worshipers. It was built during the time when the Dutch government put a ban on all Catholic churches. Later on, during the 19th century, the ban on Catholicism was lifted and this building transformed beautifully and came to be known as the Moses & Aaron church. This is a narrow church which is perfectly nestled in the city’s Kalverstraat area. It was originally built to serve as a place of worship for the Catholic community. After the Calvinism became dominant in this region, its aesthetics were mellowed down so that it resembles more like the Protestant churches which focus on simple architecture and interiors. One of the Calvinist churches in the city, Westerkerk church is located on the western side of the famous canal belt in Amsterdam which was built in the 17th century. This church was built during the same time when these waterways were built. It is famous for the Dutch renaissance architecture and it was originally built to offer the Calvinist services. This church has about 51 humongous bells which can be heard throughout the De Jordaan area clearly. 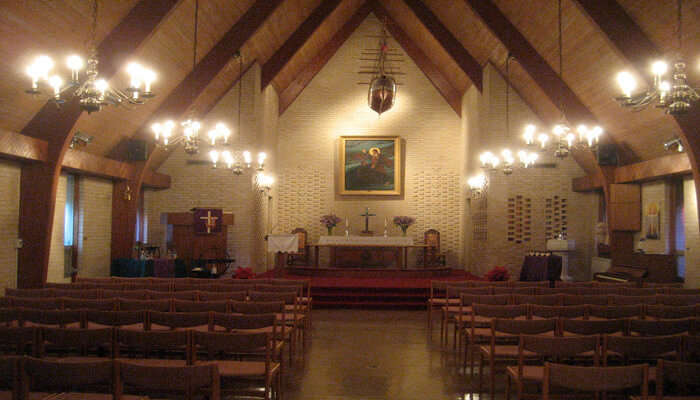 Norwegian Seamen’s Church is perfectly tucked away in the Westzeedijk area in Rotterdam. It has a very unusual design and architecture which makes it unique in its own way. This church is completely made with wooden fixtures and stands out among the rest of the churches in the area. It was built by drawing inspiration from the Norwegian style in the year 1914. Since 1999 it has been a valuable monumental asset to the country and has been recognised as being the largest wooden structure in Rotterdam.

Further Read: 22 Best Places To Visit In Netherlands: The Perfect Mixture Of Art And Culture

Want to go on an historic walk to explore these ancient churches in Amsterdam? If yes, then plan your dreamy Europe vacation with TravelTriangle and experience a memorable holiday!

Is there any entry fee requirement to visit churches in Netherlands?

Yes, there are many churches are Netherland which require an entry fee to visit. Some of these churches include Nieuwe Ker (INR 1400), Ons’ Lieve Heer Op Solder (INR 950), Oude Kerk (INR 850) and Laurens Church (INR 85).

What are some of the popular churches in the Netherlands?

The list of some of the popular churches of Netherlands include Oude Kerk, Ons’ Lieve Heer Op Solder, Zuiderkerk, Nieuwe Kerk, and English Reformed Church.

Which are some of the biggest churches in the Netherlands?

The Protestant Church of the Netherlands is the largest in the country. Apart from this, Nieuwe Kerk, Moses & Aaron Church, Church of St. Peter & St. Paul and Westerkerk are also some of the biggest churches in the Netherlands.

Which is the oldest church in Netherlands?

The Oude Kerk church is the oldest in Netherlands which was founded in 1213 consecrated in 1306 by the bishop of Utrecht with St. Nicholas.

How to reach Oude Kerk Church of Netherlands?

Oude Kerk church is situated in the city of Amsterdam which is highly accessible in transportation. By taking a taxi or bus from Oudezijds Voorburgwal, you can easily reach the entrance of the church.

Which is the most expensive church to visit in Netherlands?