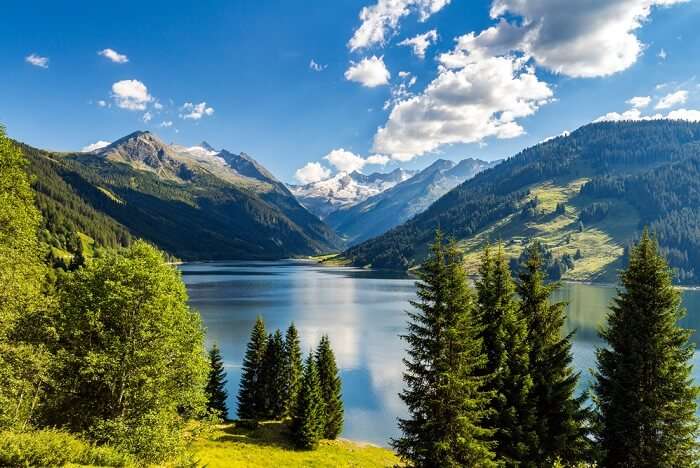 Vienna is a well-known travel destination in Europe as it offers a plethora of delightful views to explore from tall mountains to emerald waterways. It is located on the banks of the Danube in the north-eastern lower regions of the Alps. With almost 200 royal residences, magnificent monasteries, and various other historical attractions, it makes an incredible base for exploring numerous locations to travellers around the World. Day trips from Vienna offer the most picturesque sights, ranging from the State Opera House to ancient cafes.

Recognised as a World Heritage Site, the Wachau Valley is spread over 40 Km between the towns of Krems and Melk. This valley is famous for its rich history and culture and breath-taking landscapes. Here you can discover hills, monasteries, vineyards, castles and villages depicting the ancient civilisation. The region is additionally a hotspot for foodies and is a standout amongst the most common spots to visit close Vienna. Here, bars and restaurants serve wine produced from local grapes. It is one of the best day trips from Vienna in winter.

Must Read: 20 Vienna Hotels That Offer Much More Than Luxury And Comfort!

One of the most mainstream day trips from Vienna is a journey to Budapest. Well known for its Turkish showers and great Parliament constructing (the biggest in Europe), Budapest is a blend of its Germanic, Jewish, Habsburg and Balkan legacy. An over two-hour drive east of Vienna along the Danube takes voyagers to Budapest, where the stream separates the capital of Hungary into two separate regions. Major attractions of Budapest include the Buda Castle, Matthias Church, Parliament buildings, Fisherman’s Bastion and Heroes’ Square. Here you will also find City Woodland Park that consists of various museums and a Vajdahunyad Castle.

On your Vienna to Salzburg day trip, there are such a significant number of things to see including the lovely Mirabell Palace and patio nurseries, the medieval Hohensalzburg Castle, Salzburg Cathedral and Mozart’s Birthplace Museum. This entire day trip incorporates a lot of photograph opportunities through the Austrian Alps. It is also a famous travel destination for music lovers.

Suggested Read: 10 Things To Do In Vienna For A Memorable Austrian Vacation

Prague has a wonderfully preserved old town that is currently a UNESCO World Heritage Site. Located at a distance of 290 Km from Vienna, you can visit numerous reminiscent old houses of worship, including the famous Týn Church, and the Jewish Quarter. Other best places to visit in Prague include Prague Castle, St. George’s Basilica, Vitus Basilica and the Old Royal Palace. Here you will also find Wenceslas Square in Prague’s New Town, home to the National Museum, and incredible restaurants and shopping sites. In addition, you can also go for a walk around the well-known Charles Bridge to see various performances at the National Theatre.

The most famous attractions of Melk Abbey include an 18th-century yellow church that can be viewed in a much enjoyable day trip in Danube River cruise. This church is famous for its ceiling paintings and symmetrical towers. Other places of visit include St. Subside and St. Paul, the Imperial Corridor, the frescoed Marble Hall and the beautiful gardens.

Suggested Read: Top 20 Places To Visit In Vienna On Your Next Trip!

It is the capital of Slovakia that is famous for its alluring pastel shaded structures, intriguing statues and walkway bistros. Located at a distance of one hour drive from Vienna, Bratislava is a moderate, fun, and simple outing. On the Danube River, Bratislava is a well-known stop for European waterway travels. While heading here you can also enjoy day trips from Vienna to Danube valley. Here you will find attractions like Michael’s Gate, Bratislava City Museum, Bratislava Castle and an old town hall. You will also find numerous restaurants, cafes, pubs, shops and walkway bistros. This place can be easily explored by road and rail transport.

Four waterways surround this place. The Vienna Woods is the best known about the five districts that include Lower Austria. This place consists of various magnificent views including The Baroque Kahlenberg Church, The Cistercian Abbey of Heiligenkreuz and various medieval monasteries. This woodland can be adequately explored by a cable car to the highest point of the Kahlenberg slope, where visitors can appreciate amazing views of the forested areas and the city.

8. The Roman Town of Carnuntum

The particular highlights of the lovely locale toward the east of Vienna include fields, valleys, vines, and forest. This region has seen lots of battles of the Roman Empire where you can see ruins of the invigorated town. Presently Archaeological Park Carnuntum is a remaking of the critical structures from the first-century city, including a city mansion, Roman baths and a citizen home. The recreation centre offers fun occasions and projects for the entire family.

It was established in the twelfth century, and numerous fresher structures buildings were included the eighteenth and nineteenth century. The Augustinian monastery in Europe attracts numerous visitors. Features of this sprawling complex are the Church, with its Romanesque and Baroque highlights, the monastery vaults and the Leopold Courtyard. The renowned Verduner Altar in the Leopold Chapel comprises 45 enamelled boards dating from 1181. Other striking highlights incorporate the Baroque staircase; the Imperial Apartment; the Marble Hall, the Treasury, the Tapestry Room and the Monastery Museum.

Burgenland is as yet an insider tip for voyagers. It is the excellent Land of Castles representing a Southern escape. It has heaps of daylight, vineyards, a moving scene and spas. Its lakeside villages offer great views to the visitors. There is also a beautiful bicycle way along the lake. Numerous customary wineries utilise the mellow atmosphere along the lake to develop a portion of the best wines in Europe.

You can book a trip to Europe and make the most of your time in Vienna by visiting these 10 places that we’ve listed above. Make sure to get a lot of photographs on the way as well.

Which are the best day trips from Vienna by train?

The best day trips are to Budapest and Danube.

What mode is suitable for a day trip to Bratislava from Vienna?

One can travel to Bratislava from Vienna via train.