Looks Can Be Deceiving And These 5 Haunted Castles In France Prove Just That! 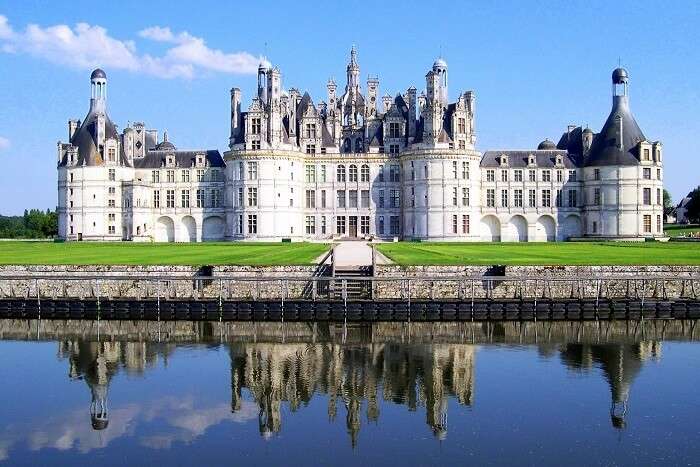 Beauty does lie in the eyes of the beholder but when it comes to the looks, they can be deceptive. And so is the case with the-most-beautiful-on-the-outside and spooky-as-hell-on-the-inside haunted castles in France. Looking all majestic and oozing out that rustic and old-world charm, no would ever be able to judge that these knightley structures are dealing with their own demons.

So if you’re one of the bravehearts who are made for some spooky adventures, then list down exploring these top five haunted castles in France on your bucket list right away!

Residence Of The White Lady

Built in the 13th century, this abandoned and one of France’s haunted castles is located in the small territorial division of Marquay. Renovated and extended by Radulphe de Saint-Clar in the late 1400s, this castle is famous for the stories related to the famous White Lady or the La Dame Blanche who is often spotted running within this historical landmark.

History has it that the lady named Thérèse de Saint-Clar was locked in a small room inside the North Tower by her husband after he became aware of her extra-marital affair. 15 years later, she died in the same room making Château de Puymartin one of the most haunted places in the world.

Land Of The Double Murder

Listed as one of the historical monuments by the French Ministry of Culture, Château de Brissac is the deadliest haunted chateau in France. Originally built by the Counts of Anjou, this castle dates back to the 11th century, the castle is now owned by the royal Cossé-Brissac family. Located in the famous Loire Valley, this tallest castle is also famed for a ghastly murder that took place on the site.

Sharing the same past as that of the Château de Puymartin, it is believed that the then-owned named Jacques de Brézé committed a double murder of his wife and her lover. Though the castle is filled with unique antiques and flaunts a gold ceiling, travelers still feel the chills down their spine while passing by this haunted castle as the couple is said to be haunting the Château till date.

Where The World War II Victims Rest In Pieces

Situated right outside the Bordeaux, this beautiful castle goes back to the time when the Germans took over the French country during World War II. Deriving its name from a type of vegetation that the people pursued back in the 16th century, the restless souls of the war victims haunts the castle’s premises even today.

Located at the core of the wine country of Semillon and Sauvignon Blanc, screeching voices, fighting scenes, and sights of soldiers rushing through the hallway has been witnessed many a times by people living in the surrounding region.

Located in the region of Loire Valley and having served as a hospital previously, Château de Chambord is one of the spookiest haunted castles in France. Renowned across the world for its distinctive and unique Renaissance architectural style, this haunted castle was originally constructed by King Francis I of France.

Suggested Read: 25 Most Haunted Places In India And Their Real Ghost Stories

As much as this haunted Château looks mesmerizing, it is equally alarming from the inside. It was not just any hospital but was the final resting place of the victimized soldiers who were injured in the Franco-Prussian War. With such a gruesome past, the people residing in the surrounding area claim to have witnessed the ghosts of the departed soldiers within the castle.

Gruesome Past Of The Beheaded

But what most of the travelers don’t know till they arrive at the site is that it is one of the most deadliest castles in France. History is a witness to the gruesome past wherein King Louis XVI, and her majesty Marie Antoinette were beheaded during the historical French Revolution. As unfortunate as it may be, it is said that the ghosts of both the royalties continue to haunt the site of the castle.

Feeling the chill down your spine already? Then plan a trip and book the best of customizable France tour packages with TravelTriangle to explore each of these haunted castles in France on a nerve-racking journey!