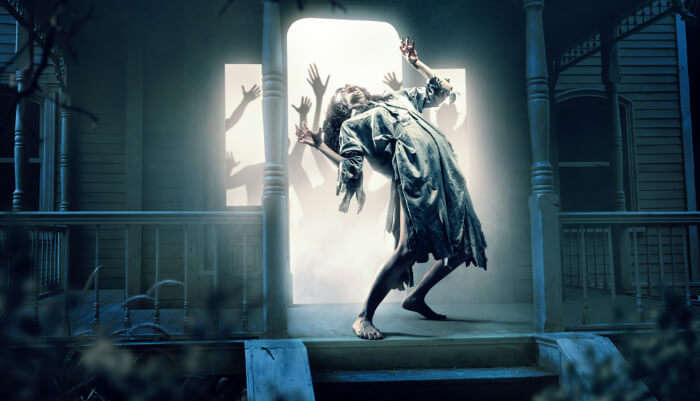 Being the 28th-most populated city in the United States, Las Vegas is popular for its vibrant nightlife which provides its visitors with the best casino experiences, entertainment resorts and lavish, fine dining restaurants. However, within all this sparkling glittery lifestyle, the city has some dark spots where there are no signs of human existence. There are plenty of haunted places in Las Vegas that might send chills down your spine even in the bright daylight of the day.

If you and your group are the strong hearted, daring kind, then these places are a must visit in Las Vegas for you.

One can find numerous haunted locations and paranormal museums in las vegas, Here, we dare you to take a look through the list of the most horrifying places in the city which will scare the daylights out of you. Let’s begin!

Constructed on the site of former MGM Grand hotel which has a history of burning down into ashes on November 21, 1980, Bally’s hotel-casino has replaced the burnt past of MGM Grand. Back then, 85 people were killed in the fire and 650 were injured due to smoke inhalation while escaping. It is also said that a lot of people died in their sleep. The employees in Bally’s hotel-casino have reported witnessing a group of ghosts who walk around the halls together.

Must Read: Shopping In Las Vegas: 10 Best Places To Shop Like Never Before

A man with blood on his hands is often seen in the halls of this school by the new students. It is said that the ghost follows the new students and then suddenly disappears in the thin air. Some say that the man follows them to their homes and haunts them in their dreams. The hauntings reportedly continues to take place until the new students go to church.

The guests and employees who come at this hotel-casino have reported hearing loud crying noises which sounds like someone is asking for help from inside the casino’s poker rooms. The same happens in room number 123, 230, 576 and 203 as well. Some people have also witnessed the words “Help Me” written on the bathroom mirrors. It all allegedly started from a woman staying in room number 123 who shot her young kid and then committed suicide. It is believed that the young child’s spirit still haunts some parts of the hotel. The Circus Circus hence comes in the list of some most famous Las Vegas haunted attractions.

Suggested Read: 8 Best Villas In Las Vegas For A Luxurious Stay In This Bling City

The La Palazza Mansion is reportedly one of the most renowned haunted houses in Las Vegas which was originally owned by a gangster. The various stories related to the mansion also includes a ‘murder room’ inside. The sounds of hissing, banging, and singing is often heard by the people who step inside this mansion. Today, the mansion stands empty and abandoned as its horror tales are famous all over in Las Vegas.

Suggested Read: 10 Most Famous Restaurants In Las Vegas You Must Drop By

The fourth-grade teachers and students in this school have allegedly witnessed a girl with deformed facial features, dressed in white clothes following the students. It is said that the girl was formerly a student of this school who got admission in 1990 and died when she was in the fourth grade. The ghost of the girl is often seen in room 26 and in the computer room.

Suggested Read: Las Vegas In December 2020: A Guide For Planning A Kick-Ass Vacay In The Most Famous Party Capital

The Little Choo Choo Daycare is another name in the list of haunted places in las vegas. It closed after the suicide of a teacher and death of a little boy who died after getting dragged underneath a toy train. It is said the ghost of the little boy, usually seen digging with a shovel, can be seen at the former daycare location. A black woman has also been seen disappearing into thin air on the property. The original building that housed the daycare is no longer there.

Suggested Read: 10 Most Exciting Day Trips From Las Vegas To Explore In 2020 Beyond Casinos & Bars

It is said that a young couple riding through the Sandhill & Charleston Tunnels in Las Vegas died at the flood tunnels. However, their souls never left the tunnels. People passing through this tunnel have witnessed paranormal activities and unusual sounds taking place in there. It is one of the haunted locations in las vegas from where people rarely pass through at night.

These were the list of haunted places in las vegas which are interlinked with some darkest past experiences and horror tales. If you are not the faint-hearted one, then dare yourself to be amused by visiting one of these places on your trip to Las Vegas. Don’t forget to share your entertaining experiences with us after coming back.

What is the cheapest time to visit Las Vegas?

The cheapest time to visit Las Vegas is August and October as the price rates would be really low.

What is the best time to visit Las Vegas?

The best time to visit Las Vegas is from March to May and September to October. You would find plenty of deals during this time also the weather would be nice and cool.

What are the must-visit places in las Vegas?

What are some of the must-eat dishes in Las Vegas?

These are some of the top things that one must eat in Vegas:
1. Chicken and Waffles and Watermelon
2. Foie Gras Cotton Candy
3. China town Clams
4. Le Caviar
5. Caviar French Toast
6. Buta Burger
7. Margherita Pizza

What are some of the must-see shows in Las Vegas?

The top shows that people must not miss in Vegas are:
1. The Beatles love at the Mirage
2. Absinthe at Caesars palace
3. Mac King’s Comedy Magic Show at Harrah’s
4. Michael Jackson ONE at Mandalay bay
5. Blue Man Group at the Luxor
6. Mystere at the Treasure Island

How many days would be enough for Las Vegas?

5 to 6 days would be enough to spend in Las Vegas and see all the major attractions in the city thoroughly.

7 Haunted Places In Jerusalem To Visit For A Spooky Vacation

7 Most Haunted Places In Shimla: Exploring The Eerie Side In 2021!