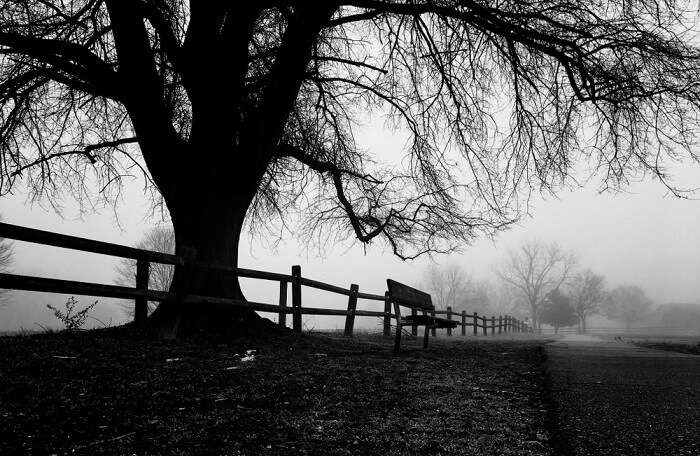 Every town has a few haunted places around them. People generally don’t talk about it a lot, but there is always a group of tourists who are interested in visiting these places. A lot of people get very much interested in visiting all these places which are haunted. The town of Sydney was basically built a long time ago during the life of the colonies. It has seen a lot of suffering and harsh things, which have left a huge scar on the city despite which the city has come a long way. But even though it has developed drastically over the years, there are some haunted places in Sydney which people avoid visiting because they believe those to be too spooky. So, if you’ve always been interested or would like to tick off the top haunted places in Sydney tours from your list, this article is for you. Read on!

10 Most Haunted Places In Sydney

These 10 places in Sydney are so spooky that they’ll send chills down your spine and frighten you form your head to toe. Don’t believe us? Take a look.

Central Station is a pretty big station in Sydney. A lot of people use this station on a day to day basis, but not everyone is aware of the fact that the platform number 26 and platform number 27 are generally closed for the public. These platforms are opened on rare occasions. This platform was built on a very old Devonshire Street cemetery. According to experts a lot of souls are still trapped in these platforms are this is why the platform is kept closed most of the times.

Whenever people visit Sydney they are always warned to stay away from the Wakehurst Parkway. This is the road which is haunted notoriously for a long period of time. People are recommended not to drive through this road after dark. According the people of Sydney, this place has some supernatural occurrences. Everyone who has been through this place during nighttime will be able to explain it to everyone how they exactly felt.

The Rocks of Sydney is another haunted place of the town. This place was built during 1788 and The Rocks have seen a lot of torture and killings during the time of colonies. This was basically the place where all the convicts used to hang out. Death was pretty common here during the early days. All the deaths and torture stories of the town are all based on this place. This is right now one of Sydney’s favourite ghost tour spots.

4. The Street With No Name, Annandale

This is a road in Sydney which is said to be haunted by ghosts. This street does not have any name and that is why it is popularly called The Street with no Name. This street is in Annandale and according to people living near this street, there are a lot of supernatural things that have happened in the past which made them believe that the street was haunted. People of Sydney generally avoid this road during night time. This is a street where a lot of murdered bodies are found every year.

This is a place which attracts a lot of tourists every year. This place is generally filled with school children and tourists. This is a place which is loved by a lot of people attracting a lot of tourists from around the world. A lot of convicts were locked in solitary confinement here. Many tried to escape by was eaten by the sharks making this place one of the haunted places in Sydney. If you are visiting here, you should definitely take a Haunted History Night Tour.

This is a place which has a very incredible history of haunting and therefore it has been able to develop a reputation of being the most haunted places in Australia. A boy called Ray Blackstone 13 years old and William Gregory 14 years old died in the year 1909 and since then people have heard laughers of the children at night. People have talked about this place a lot because of all supernatural things that happened in the house in the past.

This is the place where a total of 76 people were hanged. Till the year of 1852, this place had public hanging. The last time someone was hanged here was in the year 1908. Since a lot of people were hanged in this place it automatically became haunted for people. There were a few instances of something supernatural, but nobody is certain about it. You can take a tour of this place if you want, but the tour is only available during daytime. This is a perfect place to take your kids for a tour.

This is basically a park, which was established in the year 1878. This park was specifically built so that the lives of psychiatric patients could be improved. Day by day the place started losing funding and a lot of staff were not getting paid. This finally resulted in abuse of this place. According to a report in 1961, all the patients of the Callan Park Mental Hospital were abused and neglected by the staff of the hospital. The park is not always open right now. To know more about the park there is a Facebook page available called Friends of Callan Park which gives out all the information.

The Quarantine Station is called one of the most haunted places in Sydney which people are allowed to stay overnight. This station started in the year of 1833. People who came through this station often had contagious diseases like typhoid, smallpox, and bubonic plague. A lot of people died here in the railway station because they were not allowed to enter to the town. Since that time people have started calling this station as a haunted station of Sydney.

This place was formerly known as the Tarban Creek Lunatic Asylum. This is the place which is located on the bank of the Parramatta River. This hospital was established in 1838 and from then people who were admitted here were neglected and abused by the patients and the doctors. There were bodies piled up in this hospital because patients’ family did not claim the bodies. All the bodies were buried somewhere in the hospital. People have said that there is a strange presence of energy in this hospital, which makes this place one of the famous haunted places in Sydney.

If you want to take a look at these places simply drop down on the locations to get a good view of the place. It is recommended for the tourists to make their visits during daytime because during nights the places are not always safe. So, just plan your trip to Australia with TravelTriangle, marvel at the beauty of Sydney and indulge in thrilling experiences like never before.