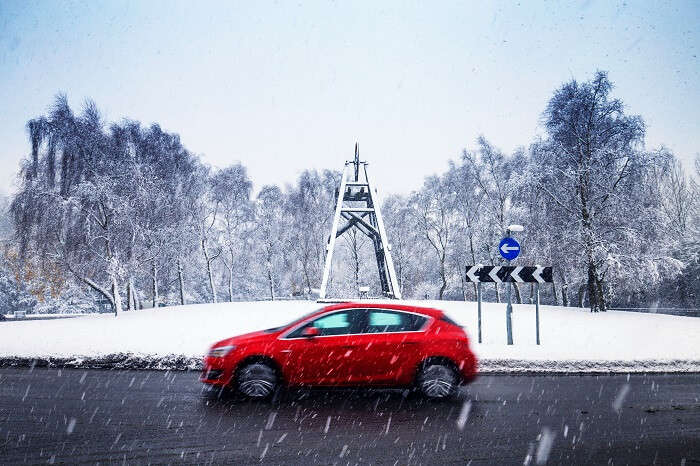 Breakdowns, vehicle collisions, drivers stuck on a highway for more than ten hours, and much more has been happening post heavy snowfall in UK. Travel warnings have been issued in many parts of United Kingdom that have suffered major disruptions overnight. Though the snowfall has turned every bit of the Great Britain into a winter wonderland, such a heavy snowfall in UK has had a great impact on the travel plans of many.

Hence, here’s what the travelers and the locals should know about the scenario so far and some useful driving tips that would keep you out of some snowy trouble.

The Scenario Of Heavy Snowfall In UK So Far

Places That Fall Under The Travel Warnings In UK

From Southern Scotland to Northern Ireland, the following places in Britain and surrounding areas have been the most affected by heavy snowfall in UK.

The Consequences Of Heavy Snowfall In UK

While the Meteorology Office stated that the snowfall will gradually subside and the scenario will see an improvement in the coming days, here are some of the consequences that the locals may have to face in future as well.

Tips To Remember For Safe Driving During Snowfall

A natural phenomenon which is naturally out of human control has a great capability to take the locals of Britain by surprise as weather conditions may or may not change at a fast pace. And since heavy snowfall in UK has sent out jitters in most of the major locations, here are few of the tips that will keep you safe and out of trouble while driving in this tricky season.

No matter how much you may want to have some fun in the snow that has turned Britain into a winter wonderland, make sure you keep these tips in mind, and stay out of trouble till the time this heavy snowfall in UK subsides. And if you know of any more tips, do not hesitate to share them in the comments below with the fellow readers and people who’re traveling to UK in the near future.

10 Restaurants In Edinburgh That Serve The Most Delectable Cuisines In The City!

Check Out These 10 Places For Shopping In Glasgow On Your Next Vacay To Scotland!

Experiencing Nightlife In Glasgow At These 10 Places Will Make Your Trip Memorable!

Shopping In Edinburgh: 10 Places Every Fashionista Must Drop By!