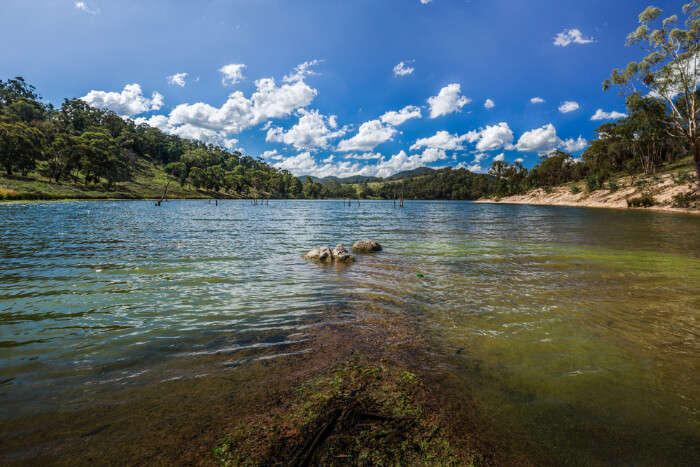 The lakes in Sydney are the perfect place for swimming, enjoying a picnic, and spending holidays with families and friends. Sydney is the capital of New South Wales and is one of the largest cities in Australia. With a scenic beauty in the city, there are many beautiful lakes in Sydney for visitors to enjoy and to have some cherishing moments with their dear ones. Among all the lakes, the Chipping Norton Lake is one of the popular lakes in Sydney. Here’s your chance to find out which other beautiful lakes this charming city keeps hidden from the world!

Lakes in Sydney provides a better place for visitors to have fun and enjoy a picnic every year. They attract people from different parts of the world to come and have fun in these amusing places in Sydney. 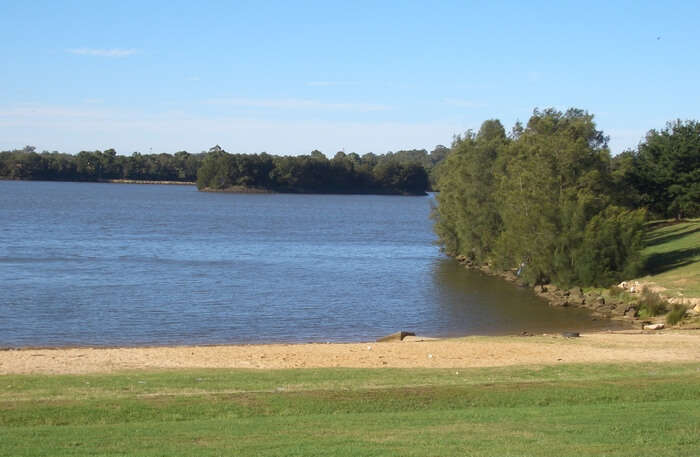 Image Source
Chipping Norton Lake is situated in Chipping Norton at New South Wales and was formed by Thomas Moore in 1950 after getting the area near the Georges River. According to the local people, there was no lake at that place prior to the establishment of this lake in Sydney. The lake is a popular amusement place for Liverpool, Council of Canterbury-Bankstown and Council of Fairfield City. There are four islands in the lake area which is strictly prohibited to the visitors for the wildlife protections. This is one of the famous lakes in Sydney, Australia for its facilities being provided with different services to the people from community centers to parks as well. It has a regional park situated in Homestead area including a beach in it namely Grand Flaneur Beach. Swimming in the lake is not allowed always for the impurity of the water though permitted sometimes. Though it may not be one of those swimming lakes in Sydney, it has 50 varieties of feathered creatures found around it that totally makes up for it. The lake has numerous parks and amusement areas both on it’s east and the west sides. Parks on the east side include Rowley Park, Liverpool Golf Club, Georges River Golf Course and many more. Parks on the west side include South Park, Angle Park, Heron Park, Homestead Park, Riverside Park and more.

Must Read: 6 Best Hot Springs In Sydney And Around That’ll Soothe And Revive Your Soul 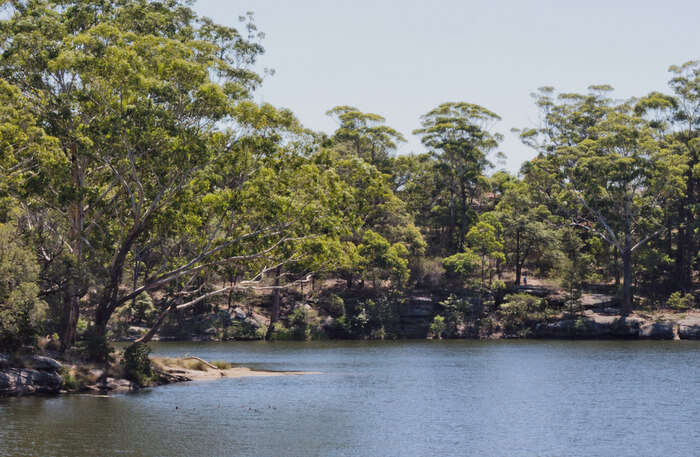 Image Source
The Lake Parramatta is a manmade lake and is one of the freshwater lakes in Sydney. The area is believed to be occupied by native people earlier and was most important for them due to the availability of pure water and varieties of food found in the place. It was built mainly for providing water for private reasons. It was one of the swimming lakes in Sydney around 1920 to 1940 and was also famous as the greatest inland freshwater body in Australia. By 2015, it is officially selected as the swimming place for the people with the building of parks and playgrounds for children. It has a dam (Lake Parramatta Dam) on it and it was the first dam to be built largely in Australia in 1856. The lake is related to four persons (Captain Percy Simpson, Cecil West Darley, Edward Orpen Moriarty, and William Randle) in the mid to late 19th century. The lake plays a significant role in Australia in terms of history for its scientific alteration and success because it was the first dam to be built in Australia and is the eleventh dam in the world. 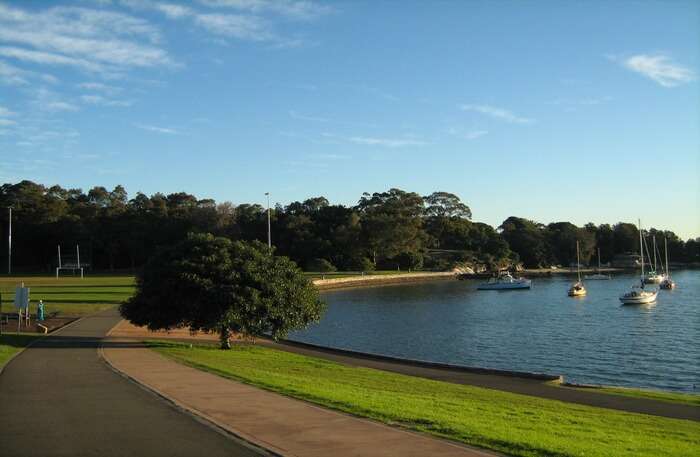 Image Source
Lake George is one of the best lakes in Sydney and in Australia with its uniqueness in possessing the area of an observational scientific motion behavioral program founded by different scholars of engineering background. The lake is not less than one million years and is one of the oldest lakes in Australia. It is situated in the southwest part of New South Wales of Australia. It is also known as the name of a place found on the western and southern part of the area and is also believed to be named after King George III. It has a significant role to play in Canberra art. It is a closed lake for the blockage of the flow of its water to oceans and rivers. The lake was also once famous for its yielding fishery practices earlier and also for pasturing of sheep on it when the water of the lake dries up. The lake is also known as Werriwa by the native people of that region.

Suggested Read: 6 Best Guest Houses In Sydney For A Soothing Stay Amid The Coat Hanger City 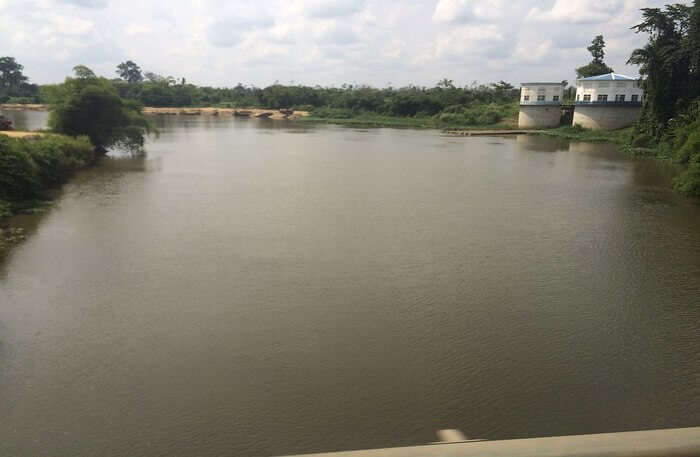 Lake Mungo is being named after the natives of Mungo Man in Australia and also after the Mungo sheep station formed in 1920. Mungo Man is believed to be the early findings of man in Australia and probably inhabited around the lake some fifty thousand years ago. This lake is a dreary lake located 760 km to the western part of Sydney in South-Eastern Australia. This lake is one among the seventeen lakes of the landmark area of the region of lakes and is the main feature of Mungo National Park. It provides a cultural heritage site to the visitors with a congenial place for tourists with parks in the meeting place. Visitors can also have grassland walk over there. It is one of the popular historical places in Australia. It is believed that 42000 years ago Mungo man and woman were buried there. Accommodations of Mungo lodge are there outside the park which makes it easy to access Mungo, one of the best lakes in Sydney, Australia. 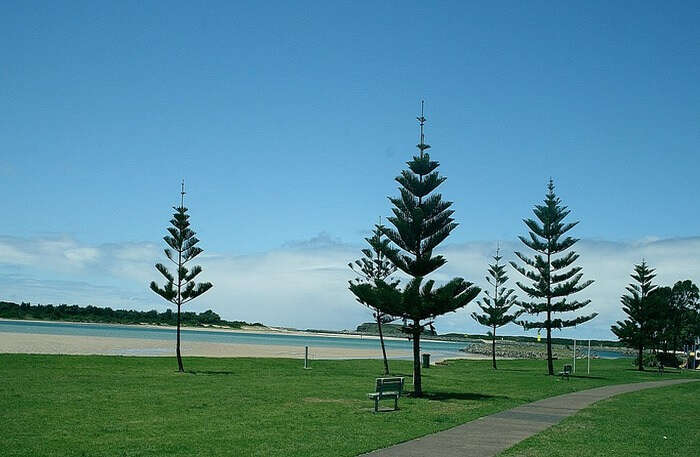 Image Source
Lake Illawarra is located in the southern part of Sydney in the Illawarra area of New South Wales of Australia. The lake was mainly formed with a motive of modifying the desensitized water of the lake into a beautiful tourist place. There is a far-reaching environmental history on the lake. Earlier this place was believed to be occupied the native Wadi Wadi people for its abundance of food and incorporeality. Water that flows from it is both fresh and salty. The lake is a home for different birds like musk ducks, pelicans, black swans, herons, black ducks and many more. It also provides many facilities for visitors from different places in the world. It has boating and fishing sites including water sports and is mostly known for fishing and pawning, and is as popular as the various swimming lakes in Sydney. With its picturesque beauty, it attracts people from all over the world to enjoy vacations out there. There are different mobile parks with boats and sailing boats for hire near the lake. One of the famous picnic spots with Children Park near the lake Illawarra is Reddall Reserve. The length of the lake is 9.5 km and width is 5.5 km and is 3.7 meters in depth. The lake is a famous fun location with an overall 13 boat inclination surrounding it. 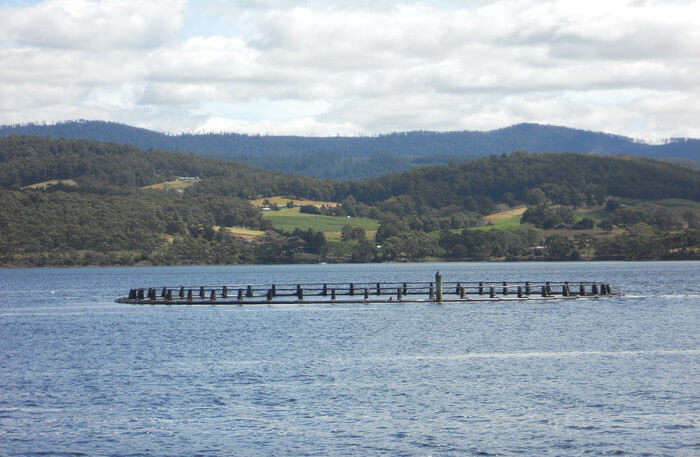 Wattle Grove Lake was built in the year 1990 by Delfin. It is a manmade lake located in the dormitory area of Wattle Grove of Sydney, Australia. The lake provides shelter to numerous water birds and different fishes and eels. It is a wildlife-specific lake and stiffly banned different facilities of fishing and boating for protecting wildlife. The lake is a tourist spot with parks by the side of the lake that holds two playgrounds for children and provides fitness plot to people including a fifteen-minute walk row around the lake. With its scenic beauty though manmade, the place attracts people all over the world as a place for fun and enjoyment. It also has a wildlife island which is a home to swans, duck and other types of birds and animals. The lake is managed by the agency of Delfin and Liverpool City Council of the country.

The beautiful landscapes and its picturesque scenery pull people from different places to come and enjoy their vacations in these amusing lakes and parks of Sydney, Australia. Plan a trip to Australia and have an amazing time with your friends and family beside the lakes. Know of any more swimming lakes in Sydney? Put them in the comments below.

What are the most famous lakes located in Sydney?

New Zealand is blessed to have some of the most beautiful lakes in the entire world. Some of the famous lakes located over there are Chipping Norton Lake, Lake Parramatta, Lake George, Lake Mungo, and many more.

What are some of the most beautiful lakes located in Sydney?

Most of the lakes in New Zealand are mesmerizingly beautiful. They are situated amid glorious mountains and the lush greenery of thick forests. Some of the famous lakes are Wattle Grove Lake, Lake Illawarra, Lake Parramatta, and many more.

Which lake has different species of birds in Sydney?

What are the everyday activities that tourists take part in Sydney?

Many people prefer to take part in several activities in the lake in New Zealand. Some of them are kayaking, cycling, stargazing, hiking, paragliding, parasailing, and many more.

Which lake in Sydney is entirely humanmade?

Lake Illawarra in New South Wales in Australia is entirely human-made, and it was constructed to transform desensitized water.

Which lake in Sydney is the oldest in Australia?

Lake George is the oldest lake in Australia. It is located in Sydney and is more than a million years old.

How many days are enough to explore Sydney?

You can explore the entirety of Sydney within five days. If you do not have much time, you can even cover the place within three days. It entirely depends upon how many places you are going to cover.