12 Exciting Things To Do At Miami In Winter One Cannot Afford To Miss Out! 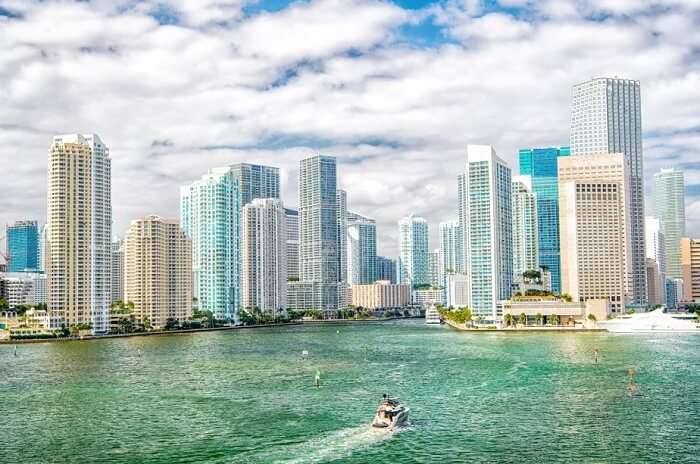 The city of Miami is one of the best financial, cultural as well as economic centers in South Florida. It is a leading center of commerce, arts, finance, entertainment, culture as well as international trade. Other than all these special fields, Miami in winter is among the best climates of the United States of America as it is blessed with a tropical monsoon climate. Miami in December is most of the time not very cold as the cold winds of the winter months usually arrive after the passing away of the cold front. For this reason, it is very rare to witness the fall of snow in Miami. Miami generally witnesses short winters as well as the dry seasons. In addition to that, the month of January is one of the coldest months in the city of Miami. The least rainy season in the city of Miami happens during the winter.

Weather In Miami In Winter

Miami weather in winter observes the The buildings established in the city of Florida, Miami are not meant for the cold weather. They have been built to ensure that the interiors stay cool. The lowest temperature ever observed in the city during the winters was -2 degree celsius. However, it is not essentially that cold during the winters in Miami and therefore the season can be a great time to plan a vacation in Miami, Florida.

12 Things To Do In Miami In The Winter

The Three Points Music, Art, and Technology Festival 2022 is a three-day festival which is being held in the city of Miami since the past eight years. There are a lot of shows that held in this festival which relates to the latest fashion, art, as well as about culture and many more other themes for the shows. These are being held during this the commencement of the festival that can be enjoyed thoroughly by the tourists as well as the members of the local community. Being a part of the fest is one of the most exciting things to do in Miami during winter.

If you are wondering what to do in Miami in winter, then get your tickets to South Beach Wine & Food Festival. This festival is one of the most famous as well as the biggest food festivals in Miami. You will come across to witness different types of expert chefs as well as foodies who tend to densely cover the beaches of Miami during the South Beach Wine and Food Festival. Not only that but also this festival is widely known for the availability of wine during its tenure to all the tourists.

The Night Garden is a wonderful botanical garden which gracefully consists of beautiful trees, scavenger hunts, dandelion flower fields, and many more varieties of plants which are worth watching during the months of winter. This place is lit more spectacularly during Christmas in Miami. If you are looking forward to enjoying your timeamidst nature during winter in Miami, then this is the best activity of you. You can enjoy the leisure time in this stunning botanical garden.

8 Best Restaurants In Miami To Treat The Gastronome In You

Apart from exciting festivals and Miami winter activities, the Miami international boat show is another hyped celebration in the region. This five day boat show is organised at the famous Miami marine stadium which itself is a place of great historical relevance. This is the reason that this boat show is a must watch in Miami during the winter season.

10 Most Exotic Villas In Miami For Your Next Luxury Vacation

This is basically a festival of queers that can be enjoyed and celebrated by anyone. The Wigwood Festival is being held for a period of three days where the people can enjoy and walk around watching various kinds of the show put up specifically by the queer people.

Shopping In Miami: 10 Exclusive Places Which Are A Paradise For Every Shopaholic!

This festival too is being held for a period of three days in the city of Miami. The Coconut Grove Art Festival is a festival which you can enjoy with the members of your family as well as with your friends. In fact, it can be enjoyed by almost each and every individual. There are also various kinds of local food available during this festival for the visiting people.

Miami Lakes: A Detailed Guide To Blend Into The City’s Culture!

This festival is being conducted at eight stages. There are various programs which are being held during this festival such as live performances, street fairs, etc. which are being enjoyed by a large number of people every year. Just book a resort in Miami and head to the festival for a  gala time. The vibrant festival is held in the month of March in the neighborhood of Miami, called Little Havana. Little Havana lies between 27th Avenue and SW 8th Street. This is one of the largest festivals celebrated in the world.

This festival is being held in the city of Miami since the last four years. It is held for a period of only one day but it is able to attract a huge number of visitors every year because of its colorful programs and other glorious shows. This is dedicatedly celebrated amongst the people who belong to the LGBTQ community. It is one of the most prominent festivals celebrated in Miami during the winters. You could also attend the Beach Pride that takes place in Miami in April.

This weekend is being celebrated in Miami in Winter in order to celebrate the world-famous design as well as architectural styles available in Miami. It includes various kinds of events such as lectures, live music, fashion shows, art exhibitions, etc. This event is organized in Miami Beach Architectural District, which is a historically significant spot in Miami Beach, as it is known to be the place where the famous fashion designer from Italy, Gianni Versace used to live.

10 Best Water Parks In Miami To Not Keep Calm And Chill!

This is the most popular racing event held in Miami every year. This event is being successfully held since the last seventeen years. The people who do not want to participate in this marathon can simply join in as supporters. This sport event is famous around the world and is counted amongst the most rapidly growing marathons that happen every year and this is why some of the world’s best runners come to Miami specially to take part in this marathon.

The backwoods of the Deering Estates can be enjoyed along with the beautiful sunsets during the winters in Miami. People can also enjoy the beautiful moments of the campfire during the hiking sessions. This is one of the best things you can try out in Miami, especially if you are an adventure enthusiast. You can consider adding this to your itinerary if you are traveling to Miami with your friends.

10 Indian Restaurants In Miami That’ll Make You Feel At Home!

The ideal festival for those who have a sweet tooth. You’ll be glad after attending this event as there’s so much to explore and taste here and this is why it is an internationally admired event. This festival is being held for a period of three days in the Fairchild Tropical Botanical Garden. People can taste various samples of chocolate during this festival and can also enjoy various other programs too.

New Zealand With Kids: To Pamper The Little Ones With The Best Things To Do!

Thus, these are some of the best things that can be done in Miami in winter. Therefore if a winter vacation is going on your mind, then head to Miami this season and make the best of your vacation time. But before that don’t forget to plan and customize your USA holiday with us and spend a relaxing vacation amidst the most beautiful landscapes of the city.

Frequently Asked Questions About Things To Do In Miami

What is the coldest month in Miami?

The month of January in Miami is considered to be the coldest in the whole year. The temperature during this month reaches 59.6°F overnight.

Is December a good time to go to Miami?

Yes, you can plan a visit to Miami during the month of December. It is during this time that the city observes cooler weather and therefore a pleasant travel experience is assured in Miami winter.

Does Miami get cold in the winter?

Since Miami is a tropical place, it does not experience chilly winters. The lowest temperatures in Miami in winter lies between 18-24 degrees Celsius.

How cold does it get in Miami in December?

Is December a good time to visit Miami?

Yes, absolutely. October- December is considered to be the best time to visit Miami.

Can you swim in Miami in December?

Yes, if you have a tolerance for cool temperature of water, then you can swim in Miami in December.