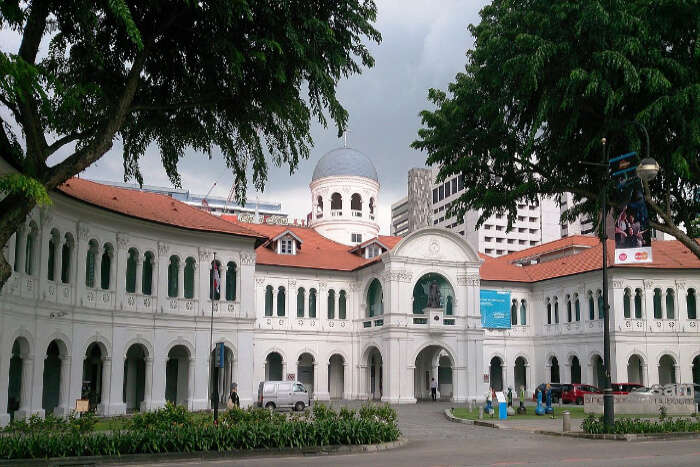 “Real museums are places where time is transformed into space.”- Orhan Pamuk

Wouldn’t it amazing to transform your time by wandering the halls and galleries of enlightening museums in Singapore? Singapore is one destination that houses top-rated permanent collections, illuminating exhibitions and peculiar treasures. If you want to learn more about the untold stories and history that shaped the identity of this Lion City, then do plan a visit to Singapore’s best museums.

Singapore houses numerous such museums that can be visited with your friends, family and kids. Take a break from your sight-seeing routine and visit the following best illuminating museums in Singapore that would surely proffer unrevealed facts of Singapore.

The place where history meets modernity, National Gallery Singapore is located in the heart of the Civic District. The gallery housed in the City Hall and former Supreme Court, the two building that played an enormous role in the history of Singapore. The National Gallery Singapore showcases over 8,000 pieces from Singapore’s National Collection. It is one of the world’s largest public collections. It also displays the works of prominent artists of Singapore such as Georgette Chen, Chen Chong Swee and Liu Kang.
Timings: Mon-Thu 10 am-7pm, Fri 10am-9pm, Sat & Sun 10am-7pm
Address: 1 St. Andrew’s Road, Singapore

The first philatelic museum in Southeast Asia, Singapore Philatelic museum comprises Straits Settlements Collection documents enlightening the early philatelic history and heritage of Singapore. One can surely check numerous interesting and rare archival materials such as artworks, proofs, specimens, and stamps issued during the early Straits Settlements period. You can experience the journey of stamps in Singapore from 1830s to the present day. The museum also displays stamps from member countries of the Universal Postal Union.
The museum was officially opened in August 1995 as a project of the Telecommunication Authority of Singapore. Later in April 2000, it was transferred to the National Heritage Board.

Must Read: 3 Marvelous Cafes In Queensway You Must Check Out On Your Singapore Tour

The oldest museum of Singapore, that’s the National Museum of Singapore seeks to inspire visitors with the stories of Singapore and the world. The museum uses cutting-edge technology to showcase the legacy and development of the country. The galleries here highlights the fresh perspectives of the Singapore story. It’s called the cultural and architectural landmark in Singapore and one can participate in innovative activities organised by the management such as Night Festival which includes visually arresting art installations, performances and film screening of different styles and genres. The museum has a growing collection of over 15000 publications based on cultural studies, design and history of Singapore.

Suggested Read: 3 Awesome Bars In Tai Seng For You To Check Out In Your Singapore Holiday

Image Source
It’s one best destination for contemporary art lovers. Singapore Art Museum showcases one of the world’s most important public collections of Southeast Asian contemporary artworks. The museum also displays growing components in international contemporary art. As the museum encloses the wider Asian region with art pieces from China, India, Korea and Japan, it offers a broader cultural context of the Southeast Asian art. The museum also conducts various education and public programmes such as exhibitions and workshops covering the diversity of art trends. SAM also organised the Singapore Biennale in 2011, 2013 and 2016.
Earlier, the museum building was a Catholic school for boys. However, later in the early ‘90s, the building was converted into a public museum.

Suggested Read: 3 Famous Cafes In Sennett For A Taste Of The Rich Singaporean Food

Image Source
If you want to explore the rich artistic heritage of Asia, esp. the ancestral culture of Singapore, then must visit the Asian Civilisations Museum. The museum represents an integrated perspective of pan-Asian cultures and civilisations. It was opened to the public in 1997 and later in 2003, it was shifted to its present building by the Singapore River. The roots of this museum can be traced from the Raffles Museum which was founded in the middle of the 19th century.
The museum showcases the historical connection between the cultures of Asia.
Asian Civilisations Museum houses 11 galleries displaying over 1,300 artefacts from China, South East Asia, South Asia and West Asia.

Suggested Read: 4 Awesome Things To Do Near Northshore In Singapore That Will Win You Over!

Image Source
With over 2,000 natural history specimens on display, one can experience the amazing stories of nature in Southeast Asia. Lee Kong Chian Natural History Museum will make you travel back in time as they transport the beginning of life on earth and shows them transform into the diversity that we see in the present-day world. The museum showcases the myriad of colours and forms of plants and animals.
It’s the first natural history museum in South-East Asia that aims to nurture public interest in biodiversity and associated environmental issues. The museum comprises 15 zones that showcase more than 2,000 specimens of South-East Asian plants and animals.

Suggested Read: 3 Exciting Things To Do In Raffles Place In May On Your 2022 Singapore Getaway

Image Source
Explore the art and culture of Peranakan communities of Southeast Asia at Peranakan. One can experience the finest and most comprehensive public collections of Peranakan objects here. The Peranakan is a unique ethnic group that arose from the meeting of Chinese and Malay people. The museum houses 10 galleries that exhibit documents and artefacts of Peranakan culture by interactive and multimedia displays spread across the three floors of the museum

Further Read: 4 Incredibly Fun Things To Do Near Malcolm In Singapore: Night Safaris And More!

One can discover the amazing sites in Singapore from Marina Bay Sands to City Hall, Botanic Gardens to Kampong Glam. Museums in Singapore had been attracting thousands of wanderers from across the world. Plan a trip to Singapore and experience the magnificent beauty of this Asia’s hit-list destination.