A New Continent, Zealandia Found Under The Pacific Ocean 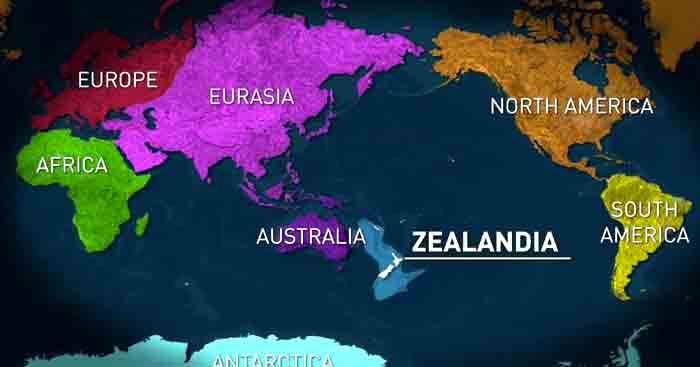 According to a recently published paper by the 11 researchers of New Zealand, New Caledonia, and Australia, there’s an almost completely (94%) submerged continental fragment called Zealandia, hiding in the southwestern Pacific Ocean.

Here’s what geologists & researches are saying about Zealandia

The researchers have been accumulating data on the continental fragment for the last 10 years. The latest published paper is an attempt to officially put forward a scientific case for Zealandia. According to the paper, Zealandia is the youngest, narrowest, and most submerged continent on the planet.

The scientists also argue that New Caledonia and New Zealand aren’t just an archipelago. They are parts of the continental fragment that broke away from Australia and sank approx. 60 millions years ago. The large landmass is actually attached to these two islands.

With a total area of approx. 4,920,000 sq km. Zealandia becomes the world’s largest current microcontinent. The reason researchers are calling is a new continents is because it fulfills the important criteria of:

With this new discovery, there is going to be an exciting journey of discovering and findings. To know more about this new continent, Zealandia visit Geological Society of America’s official website

Go Paragliding In Khajjiar For A Thrilling Weekend Retreat In 2022