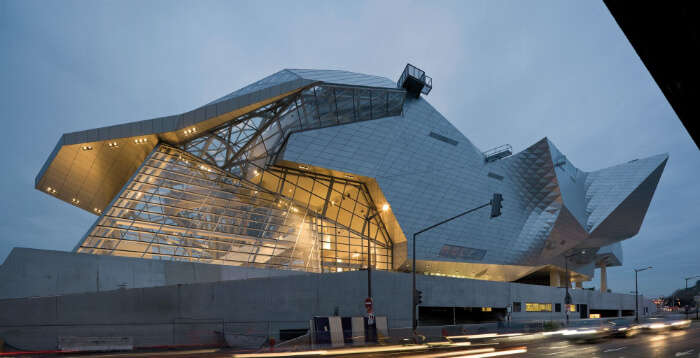 Located at the confluence of River Rhône and River Saône, and having the privilege of being the third-largest city of France, Lyon regales its guests with modern luxuries, natural ambiance, and historical landmarks. This historical city was called Lugdunum in 43 BC by the Romans and, today, with all those popular places to visit in Lyon, travelers have an opportunity to lose themselves amidst those bustling settlements and ancient landmarks.

Its special attraction is the lights festival of the Fête des Lumières that illuminates and dazzles people for 4 days starting from December 4 every year. Let’s see the places for Lyon sightseeing that lures hundreds of tourists to this city every year.

Brimming with plenty of history, these are the popular Lyon tourist attractions that every tourist must visit!

1. Ancient Theatre of Fourvière: The most prominent attraction in Lyon

Erected is 15 BC, the Grand Theatre of Lyon stands majestically on the hill of Fourvière. Its unique circular architecture makes it one of the major Lyon tourist attractions. Extending in a vast circle of a diameter of 108m, this spacious theater could accommodate over 10,000 people and reminds of the cultural propensities of its ancient residents.

It enthralls its visitors with circus, dance, music and theatre performances during the annual festival of Nuits de Fourvière, which is hosted from June to July.

A visit to the Basilica of Notre-Dame de Fourvière can be bundled with that of Ancient Theatre of Fourvière as the former lies in the vicinity of the latter. Dedicated to Virgin Mary, this magnificent white church looms over the city providing fabulous views of Lyon, and is one of the recommended places amongst what to see in Lyon.

Constructed in the 1880s atop Fourvière hill, it draws tourists with its gorgeous mosaics, exquisite stained glass and a crypt of Saint Joseph.

This Gallo-Roman Museum is a litany of Lyon stories under protracted Roman rule since the ancient era of 44 BC. The museum begins the tale of Lyon from the time it was founded as the city of Lugdunum by Julius Caesar and takes the visitors on the journey of its development until the modern era.

The museum enlightens its guests with exhibits of archaeological artifacts, such as sculptures, inscriptions, jewelry, and unique everyday objects. It also entertains visitors with numerous activities like Night of Museums, where people can explore the museum at night.

4. The Lyon History Museum: Museum with an architecture

Exhibiting 80,000 artifacts organized by different eras, the Lyon History Museum reveals to the visitor the different aspects of the development of this city through its progress in time. Exposing its guests to illuminative pieces, such as paintings, old city plans, tools, furniture, etc., the museum etches in the visitor’s mind the events that shaped the city of Lyon.

Housed in a spell-binding 17th-century convent, its collection of antiquities from vases to figurines to numerous other objects will show you that sky is no limit for expression of human imagination.

6. Aquarium de Lyon: Up, close, & personal with the water world

This aquarium transports you to the magical and diverse under ocean environment with its display over 300 fish species in 47 tanks. Visitors throng this aquarium to feast their eyes on the ravishing resplendence of more than 5000 fishes. The aquarium also lures visitors with its romantic interiors featuring artificial shipwrecks and other imaginative decorations.

It is popular for its “Fosse Aux Requins” exhibit showing sharks and stingray fish to the visitors and “The Five Senses” exhibit where people can feel aquatic creatures by holding certain fishes, sea stars, and hermit crabs in their hands.

A stay in the utopian city of Lyon presents the travelers with a unique combination of antiquity & modernity. Therefore, indulge in the best of urban delights, and ancient landmarks. Lyon is the place to be! Get a France tour package now!

Frequently Asked Questions About Places To Visit In Lyon

Q. How many days in Lyon is enough?

A. How to Spend Three Days in Lyon, France. Lyon in southern France is famous for its fabulous gastronomy, its architecture and winding little streets, it’s old town and its new look. There’s so much to see and enjoy but what if you only have three days in Lyon?

Q. What is Lyon famous for?

A. The city of Lyon. The city is known for its historical and architectural landmarks and is a UNESCO World Heritage Site. Lyon was historically known as an important area for the production and weaving of silk and in modern times has developed a reputation as the capital of gastronomy in France.

Q. Is Lyon a good place to live?

A. Gastronomy is very important in Lyon and two of France’s best known wine-growing regions are located close to the city, making it a great place to live for food and wine lovers. … Parc de la Tête d’O is regarded as one of the most beautiful urban parks in France.

Q. What historical buildings might you visit in Lyon?

Q. How many days do you need in Lyon France?

A. Hello, the absolute minimum for Lyon is roughly 2 days, this allows you to see the essential. 3 or 4 days are advisable if you want to experience the city at a leisurely pace.

Q. What food is Lyon famous for?

A. Lyon is all about rustic, rich French food, and is famous for a number of unique meals: think about a smoky pork sausage with pistachios served on a dollop of mashed potatoes with a cream sauce, or a brochette of foie gras, or a colourful macaron, and obviously the well-known to all, quenelles.

Q. Is Lyon a walkable city?

A. Lyon is a highly walkable city, which is a great thing because it’s also one of the greatest food cities in the world.

Italy In December 2021: Top 6 Places That Take You Through The Best Of This Winter Paradise!

France Reopens Tourism: Paris Is All Set For The New Wave Of Travel Post Lockdown!

France In June 2021: Guide To An Enthralling Vacation In This Entrancing European Country

France In May: A Comprehensive Guide To Pleasant Days