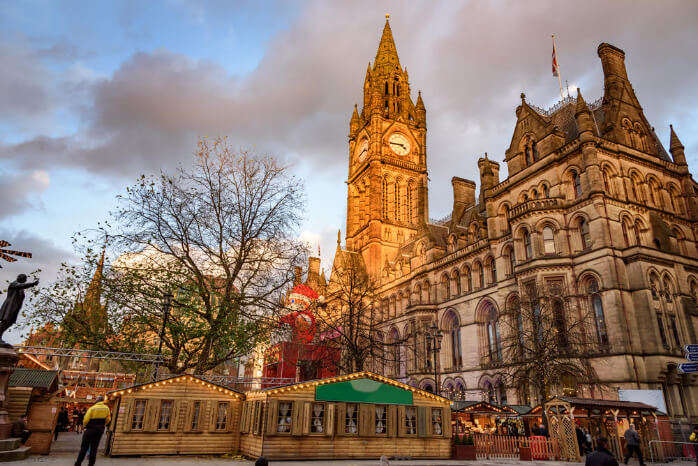 A fascinating city in northwestern England, Manchester is a popular place amongst football fans worldwide. Even though it is known primarily for the sport, there is a lot more this city has to offer. Manchester boasts of good music along with some of the best museums in the world. This article presents you with some of the best places to visit in Manchester for a great English holiday experience.

10 Best Places To Visit In Manchester

Manchester is United Kingdom’s most visited city after London popular among the overseas tourists. This unofficial “capital of the North” is a must visit on your English vacation. Here is a list of some of the best places to visit in Manchester city to ensure that you fall in love with the city left-right-and-centre. 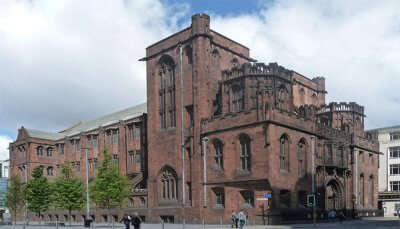 John Rylands Library in Manchester is something you cannot miss. Along with a collection that comprises of some of the rarest books and manuscripts, this library also boasts of magnificent architecture. After around 10 years of construction, the library was eventually opened to the public in 1900. The library’s collections include the oldest known pieces of the New Testament as well as some medieval manuscripts.
Address: The University of Manchester, Oxford Rd, Manchester M13 9PP, UK.
Contact: +44 161 275 3751. 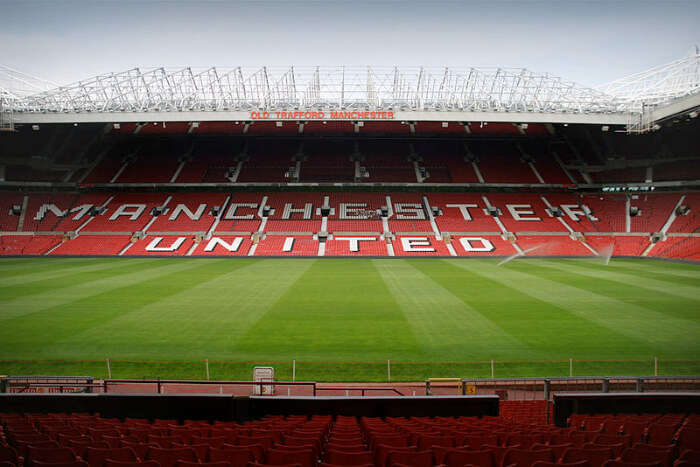 Manchester United is one of the most popular football teams worldwide which adds to the significance of the Old Trafford stadium. The team members have nicknamed the stadium the ‘Theatre of Dreams’. You may not get lucky to witness a soccer game here, but it is worth visiting and exploring, thanks to its old museum. The tour will take around 80 minutes.
Address: Sir Matt Busby Way, Stretford, Manchester M16 0RA, UK.
Contact: 0161 868 8000. 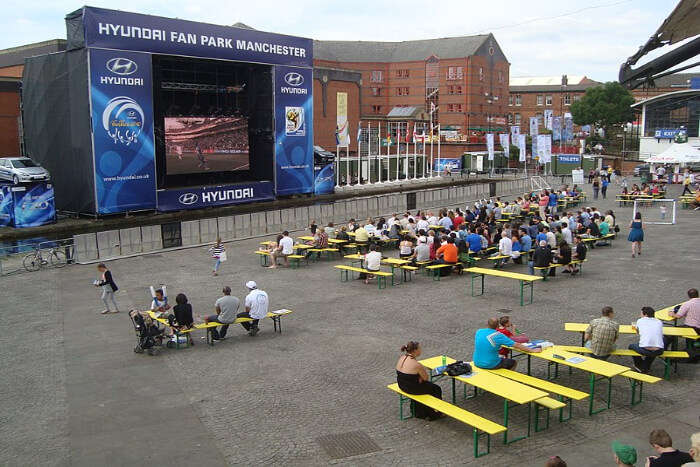 A conservation area located in the southwestern part of Manchester city, Castlefield Urban Heritage Park is a peaceful retreat from the otherwise busy and bustling city streets. Originally, it was the site of a Roman fort named Mamucium. This place also consists of a fascinating pub known as ‘The Wharf’ that offers a variety of beers as well as some scrumptious food.
Address: Beaufort Street, Manchester, England.
Main attractions: Roman fort, The Wharf.

Suggested Read: 10 Best Indian Restaurants In London That Will Awaken The Gastronome In You! 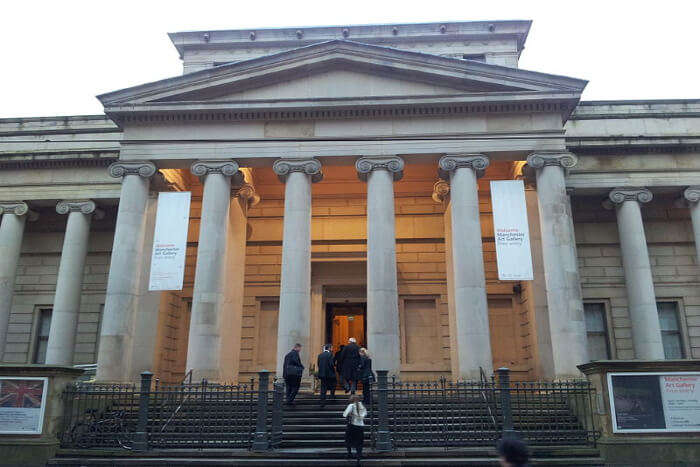 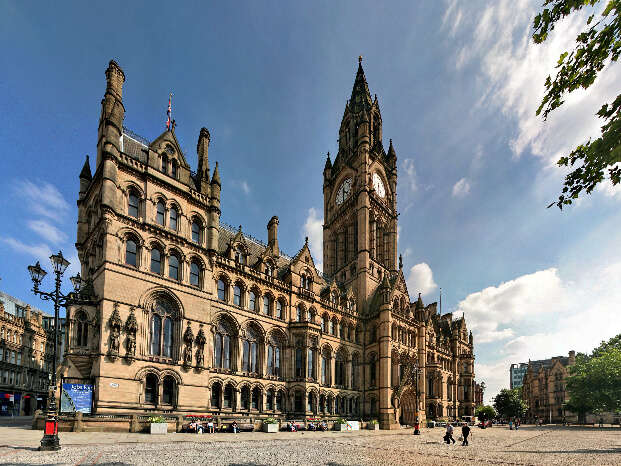 Built in 1877, Manchester Town Hall, is a Victorian Gothic structure that acts as the municipal building of Manchester. The building comprises of offices and rooms that beautifully depict the history of this glorious city. There is also a sculpture hall that showcases famous Manchester figures. And to have a break while touring this amazing structure, there is a nice café that serves various delicacies along with great beverages.
Address: Town Hall, Manchester M60 2LA, United Kingdom.
Contact: +44 161 234 5000. 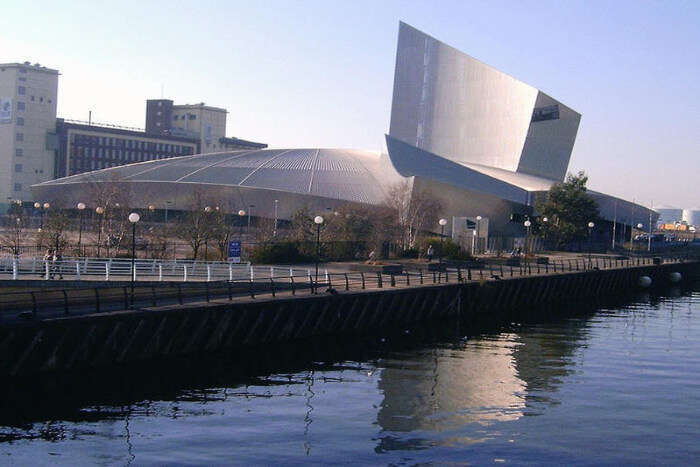 Image Source
Imperial War Museum North is one of the five branches of the Imperial War Museum that depicts the different conflicts that Britain has been a part of since 1914. There are around 1,400 historic documents and objects that are showcased in this museum. These also include the first gun used by the British in WWI. With a variety of artifacts and items on display, this museum surely is one of the things every traveler should look forward to, on their trip to this enthralling city.
Address: Trafford Wharf Rd, Stretford, Manchester M17 1TZ, UK.
Contact: 0161 205 2000.

Suggested Read: 19 Best Places To Visit In London In 2022 That Prove Why It Is The Most Iconic City In The World 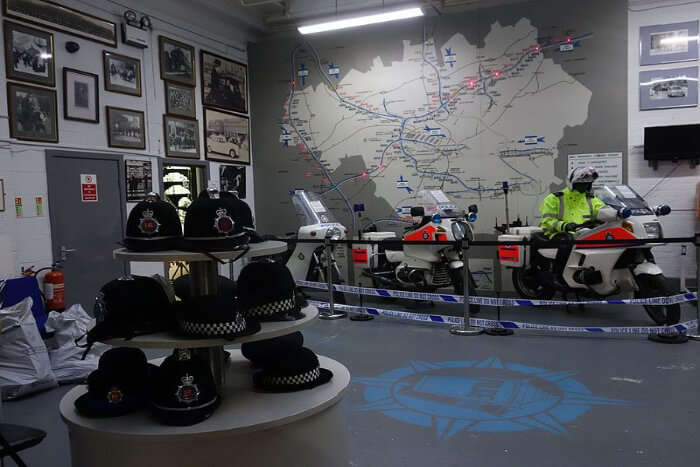 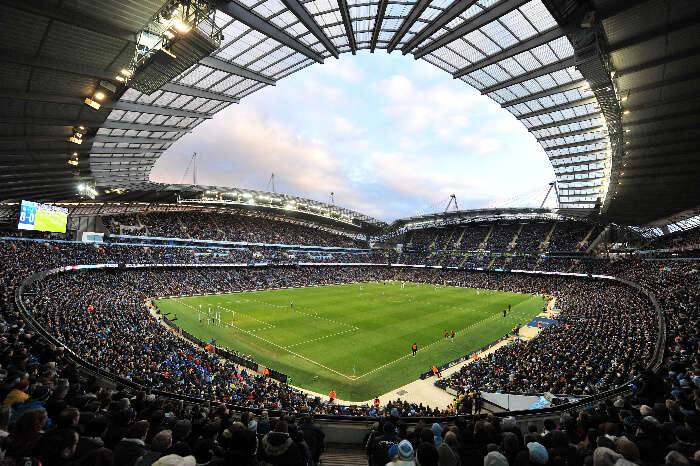 Home ground of the Manchester City Football Club, this is one of the largest football stadiums in the United Kingdom with a capacity of 55,097 spectators. Watching a game here is every football lover’s dream. But even if you can’t get the opportunity to watch a game, you can enjoy a 70-minute tour that takes you through the entire stadium right from the entrance tunnel to the media conference room. The tours are operational during each day of the week.
Address: Ashton New Rd, Manchester M11 3FF, UK.
Contact: +44 161 444 1894. 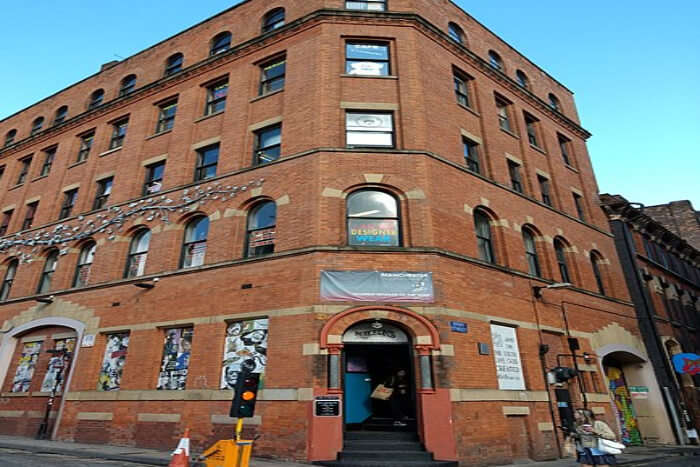 Afflecks is a mall or an indoor market to be more precise, spread across four floors and consists of a number of small shops and boutiques that run here. Unlike the other shopping centers, you won’t find your favorite brands here. Instead, there are shops and stalls offering Chinese massage services as well as secondhand clothing. Also, there are various boutiques that are functional inside this building.
Address: 52 Church St, Manchester M4 1PW, UK.
Contact: +44 161 839 0718. 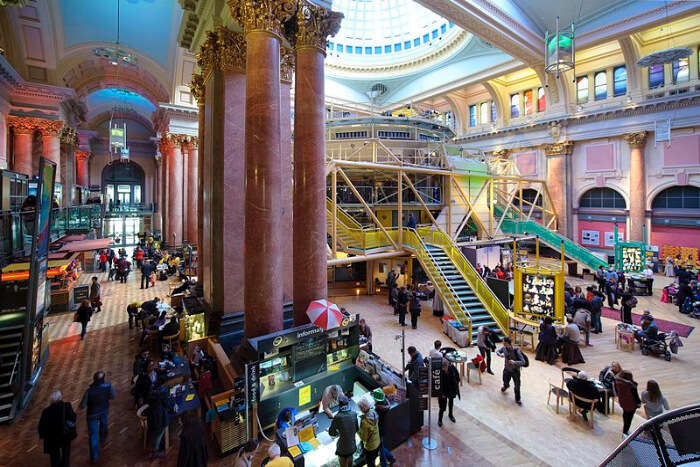 Royal Exchange Theatre is a grade two listed building in Manchester city center, known for its amazing stage layout which makes sure that none of the audience is more than 30m away from the stage. Boasting of an astonishing seven-sided stage, this theatre can accommodate 760 people at a time. Even if you are not much into watching plays, this architectural artwork will surely impress you. You can take part in a tour that takes you through the entire building’s history while also acquainting you with the production process.
Address: St Anns Square, Manchester M2 7DH, UK.
Contact: +44 161 833 9833.

These places in Manchester city will help you explore Manchester’s history and culture in one of the best ways while taking you through an experience that is beyond words. So, plan a trip to Manchester for an unforgettable holiday experience in the royal England.