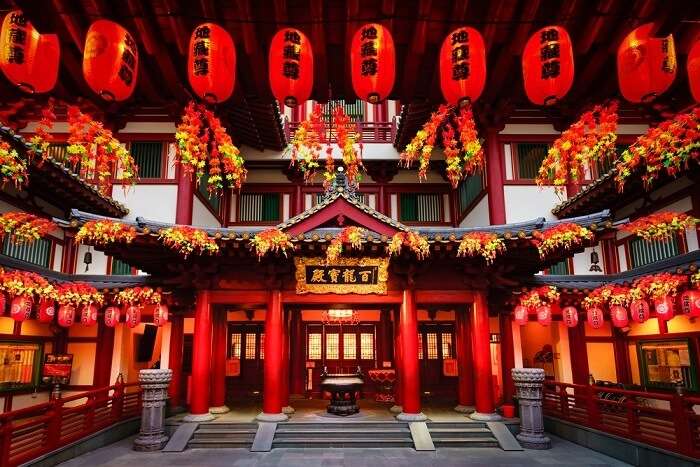 Pearls Hill, or Mount Stamford as it is popularly called, is a small hill in Singapore. Located close to Chinatown, it is one of the few surviving hilly regions in the country. It is the home of prominent buildings such as Tan Tock Seng Hospital, Seaman’s hospital and the Pearl’s Hill Prison. There is an interesting story behind why the prison is in Pearls Hill. This is because it is in proximity to Sepoy Lines. Sepoy Lines provided additional security for the prison. The history of Pearls Hill runs deep. Not surprisingly, the places to visit near Pearls Hill are a reminder of Singapore’s colonial history. Make sure to stop by Pearls Hill to be acquainted with history.

The Chinese had occupied and settled in Pearls Hill in 1819. This was before Sir Stamford Raffles’ arrived in the same year. There was a general air of despondence. Captain James Pearl, the captain of the ship which took Sir Stamford Raffles to Singapore which the latter founded, began acquiring plot after plot on the hill. This went on for a while until Captain James Pearl owned the hill within a span of 3 years. Pearl’s built his abode on the top of the hill and soon enough asked the Chinese to work for him. The Chinese grew vineyards on the hill for the Captain. This is how the history of Pearls Hill goes. This house is one of the most popular attractions in Singapore today. Who could have guessed?

The hill was named Mount Stamford by Captain Pearl to appease Sir Stamford Raffles. When Raffles heard about the possession of the hill by Captain Pearl without his approval, he was furious. Interestingly, soon enough, Raffles relented and the hill went back to Captain Pearl. No one knows what transpired. Captain Pearl was upset by Sir Raffles’ reaction and renamed the hill as Pearls Hill.

We have shortlisted 5 must-visit places to visit near Pearls Hill in Singapore for a fun-filled getaway. These places will help you get in touch with your soul. You are in for a treat. You will have the time of your life and will not be disappointed by anything that this region in Singapore offers you. Scroll through and pick your favourite:

A Hindu temple, it was built in the name of the presiding deity, Lord Shiva. It also reflects the Indian populace that has settled in Singapore and offers a glimpse into their style of architecture and religious beliefs. The temple has undergone reconstruction several times, one of which was due to the damage caused by the Second World War.

Read More: Incredible Things to Do In Pasir Ris

It was built according to the wishes of Indian woman trader and philanthropist Khadijah Mohammed, who left behind more than 50,000$ to build a mosque and shophouses as part of her wakaf (endowment to the Muslim community), in 1915.

Kelvin Ang, director of conservation management at the Urban Redevelopment Authority, says: “That the mosque was built in the South Indian style is very rare. And that a woman’s will was carried out at that time was even more of a rare occurrence.”

Treat yourself to the diverse range of cuisines available at the myriad of restaurants that are located in this market. The market is only 5 minutes away from MRT Paya Lebar. It is lined with two-story buildings and sells Middle Eastern products, mainly halal, such as cosmetics, spices, batiks, scarves and vegetables.

This new Chinatown is different and separate from the official Singapore Chinatown. Considering the official Chinatown too touristy, the increasing number of Chinese immigrants made their own to reflect more authentically the concept of Tang Ren Jie.

The famous painter Xu Bei Hong had made the Nanyan Huang Clan Association his residence for a while. It is home to an increasing number of businesses owned by Chinese immigrants and also has many Chinese restaurants serving authentic cuisines.

We hope you liked our blog on some of the best places to visit near Pearls Hill. If you come across any other place that we didn’t mention on the list, make sure to tell us in the comments section. Book your trip to Singapore at the earliest with TravelTriangle to avail exciting deals and discounts. You will have a fun filled getaway, we promise. Are you ready for an adventurous ride? Pack your bags and let’s embark on this brilliant journey. You will have a great time!

Summer In New York: A Travel Guide To Follow During This Season

Pre-Wedding Shoot In Rishikesh: 9 Locations That Are Perfect For Couple Photography