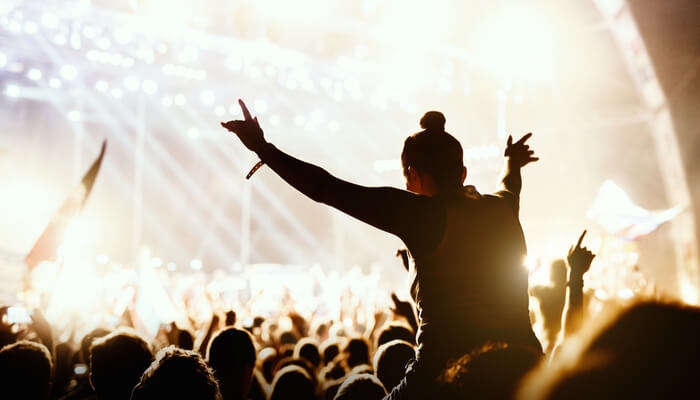 The Formula 1 weekend is almost here and we can feel the adrenaline rush in our veins as we prep ourselves up to witness the most electrifying event of the year, the Singapore Grand Prix 2019! Get ready to be spoilt as this year’s artist lineup is massive and for all those who love the extravaganza and glamour, start jumping in joy and put on your best outfit to dazzle the Formula1 Race! Fans from all over the world come to support their respective teams and elevate their experience by indulging in mega music events and band performances along with witnessing the stimulating night race. This year, the F1 Singapore Grand Prix has taken things a notch up by introducing the dopest entertainment lineup for fans and visitors witnessing the night race for the first time by including major artists like Swedish House Mafia, Hans Zimmer, Red Hot Chili Peppers, Fatboy Slim and more. Read on to know more about what you can expect at this 3-day extravaganza being held at Marina Bay in Singapore from 20th to 22nd September 2019.

The 12th edition of the F1 Singapore Grand Prix is almost here and the artist line-up is going to make you cry tears of joy and get jumping across the room in excitement. Singapore has previously hosted a decade of night racing events and it continues to do successfully as it prevails the same amount of energy in the atmosphere to enthrall the fans and woo the crowd with its unique combination of night race action and world-class entertainment. Experience the exhilarating night race and feel the adrenaline rush as the world’s finest drivers flash right past you at speeds of up to 320km/h, traversing the tracks of Marina Bay against a stunning backdrop of Singapore’s skyline. Formula One Group is in charge of such races and major championships like the Formula One World Championship. World’s finest drivers participate from different countries to be part of this global race that has everyone at the edge of their seats. Get the best seats and cheer for your favourite teams in flashy cars like McLaren, Ferraris, Mercedes Amg series, Renault RS 18 and Sauber c37 and more.

Must Read: Grand Prix In Singapore 2019: A 3-Day Crazy Extravaganza For F1 Fans

What To Expect At Singapore Grand Prix 2019

Here’s a chance to experience a 3-day music extravaganza with a dope artist lineup at the 12th edition of the F1 Singapore Grand Prix. Music enthusiasts and party-goers can expect a diverse range of genres spread across 9 stages to leave you with an enthralling carnival experience amidst the fury of the racing cars at the Singapore Grand Prix track.

The Singapore Grand Prix kicks off with Swedish House Mafia dropping some sick beats on 20th September and starting the weekend on an electrifying note. Expect DJ Fatboy Slim to throw in some records and mix beats on both 21st and 22nd September. Groove to techno and house beats by Wolfgang Flur (Ex-Kraftwerk) on 20th and 21st September as he does a signature mix of tech-house and electro tunes. Watch Daryl deliver his signature blend of raw house cuts and jubilant disco anthems, and funky bass lines on all 3 days. Amongst others, look forward to Rah, William J, DJ Honey, and DJ Lizzy for exhilarating music experience.

Watch as the Californian rock legends, Red Hot Chili Peppers take the stage by enthralling performances of rock, pop and funky music. With three Grammys under their belt, RHCP are a force to reckon with in the music industry. Fans can look forward to their set on 22nd September at the Padang Stage in Zone 4. Another popular english rock band, Muse will rock the stage on 21st September with high energy music. Groove to the reggae beats on 20th and 21st September by Jamaican legends Toots and the Maytals and a popular American roots band Larkin Poe who is fronted by sisters Rebecca and Megan Lovell, will also make their debut in Singapore. Also, look forward to the Scottish pop rock band Texas on 22nd September and Gym and Swim, Holly Roller and The Smoking Guns, Jupiter & Okwess, and Mantravine amongst others.

Look forward to some soul-stirring solo performances by renowned artists like Hans Zimmer, Gwen Stefani, J.S Ondara, Glen Wee and more. An American singer songwriter and three-time Grammy award winner and Gwen Stefani will take to the stage on 21st September and the Bonafide iconic music composer, Hans Zimmer is all set to send chills down the spine of the audience on 22nd September. The multi-award winning German composer works will be presented by a live symphony orchestra.

Get to see the Formula 1 Singapore Grand Prix in a whole new dimension through the experience of virtual reality to bring Singaporeans even closer to the action. These are just one of the complimentary fan-friendly activities at the Singapore Grand Prix 2019. Other activities include a roving truck, a simulator challenge, behind-the-scenes tours and a pit lane walk experience.

5. Get Up & Close With Your Favourite Teams

The Singapore Grand Prix is opening its gates for the loyal fans and residents for the annual Formula 1 pit lane experience. People can enjoy this coveted experience for free a day before the Circuit Park officially opens. 4000 members of the public will get to walk the Formula 1 Pit Lane on 19th September to get an exclusive view of the racing cars and the pit crew live in action at their respective team garages.

Take a part of the Formula 1 race away with you by shopping at the merchandise stores of the grand race at the venue. Fans can find Formula 1 related goodies like t-shirts, keychains, hats, bottle openers, pens and other products. If you wish you to skip the long queues and crowded stores then you can shop online at the official website that will provide you with authentic goods.

7. Dining With The Stars

The culinary list has the big names too! Foodies can devour on lip-smacking delicacies along with Michelin-starred chefs that are on the gastronomical lineup. The three-Michelin starred chef, Heston Blumenthal will make his debut at Formula 1 Paddock Club alongside Nobu at The Boardwalk, Rockpool by Neil Perry, Como Cuisine, Tarte and Stockton Bar by Maximal Concepts. Chef Massimiliano Mascia of two Michelin-starred San Domenico will display a selection of contemporary Italian dishes.

You can book your tickets through the official website, the list of tickets along with their respective prices is given below:

You can book your tickets through the official website.

We hope that this answered all your doubts about the Singapore Grand Prix 2019 and enticed you enough to book your tickets right away! The interesting entertainment lineup just adds to enthralling action of Formula 1 night racing.  So, what is it that you’re waiting for? Make the best of your Singapore vacation this year by experiencing the frenzy of Formula One’s Fast and Furious racing cars!

12 Places To Visit In Jurong East In 2021 Whose Beauty Will Indeed Leave You Stumped!