3 Temples In Triolet To Soak In The Surreal Vibes Of Mauritius! 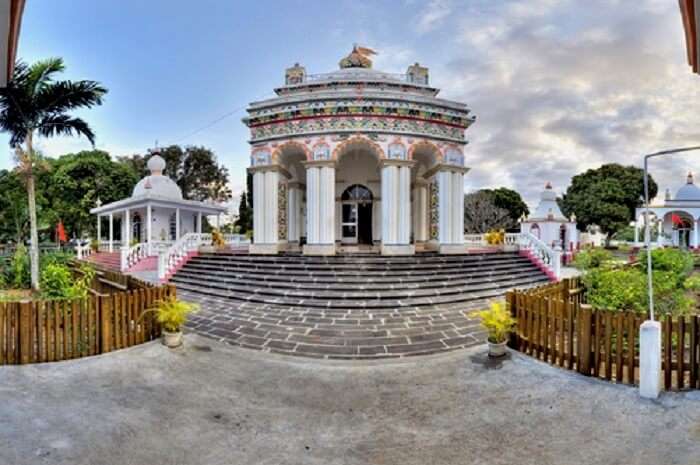 Mauritius is considered an ideal location for a beach vacation or a romantic honeymoon, but little did people know that this secluded island country is also a home to some magnificent temples. Hidden between the white sandy shores and exotic landscapes, these temples attracts the Hindu devotees who reside in a huge number across the island. Since 1835, after the island became a free nation there was an instant rise in the number of Indians on the island. There are many regions on the island where these Hindu temples are located and one of them is Triolet which is a small village in Mauritius. Located at the northern side of the island in the Pamplemousses district, this place is situated at a distance of only 11 Kms from Port Louis. There are various temples in Triolet which are quite popular among the Indian residents of Mauritius.

So if you’re planning a getaway to this paradisiacal land, then make sure to keep a checklist and explore the beautiful architecture of these ancient temples in Triolet. 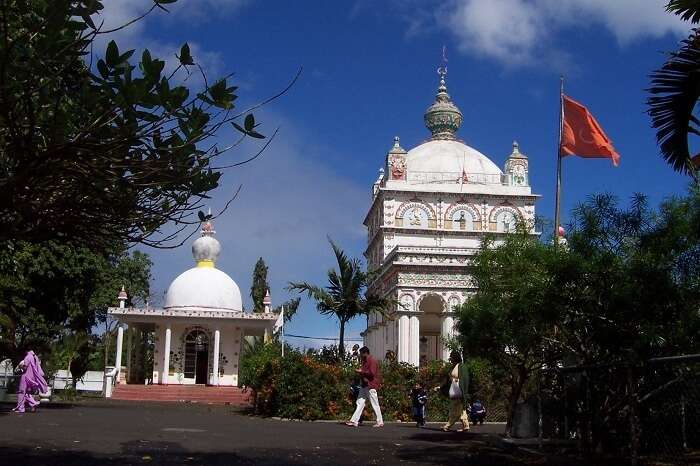 The Maheswarnath mandir is the first ever built hindu temple in Mauritius which has high reverence among the locals. Holding a legacy of more than 130 years, this ancient temple was established by Pandit Shri Sajeebunlall Ramsoondur of Bihar in 1888 over a site of defunct sugar factory. The architecture of the temple is inspired from the Bengal style, this massive building is made in the shape of a five flowered temple or Panch-ratna which is devoted to Lord Shiva. There resides a Shivalinga inside the main temple along with idols of goddess Parvati, Ganesh, Kartikeya and Nandi at the entrance. Apart from the main complex of the temple, there are other small temples where other gods like Natraja, Goddess Laxmi, Lord Hanuman, and Lord Narayan are residing. Its ancient history and significance makes it one of the best places to visit in Mauritius. 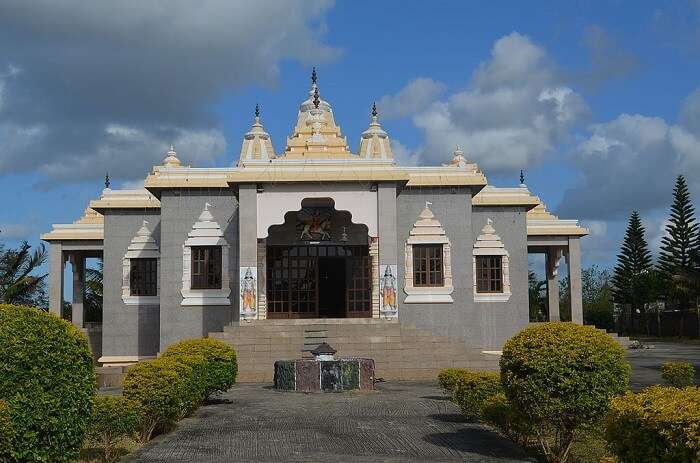 The ISKCON or the International Society For Krishna Consciousness was formed in 1966 and since then it has spread across many countries initiating the Hare Krishna movement. Alongside the other countries, Mauritius was also picked as one of the locations to propagate this initiative after 1835 when the island got free from slavery and the temple authorities recognised that the island has a high number of Hindus residing at the island. 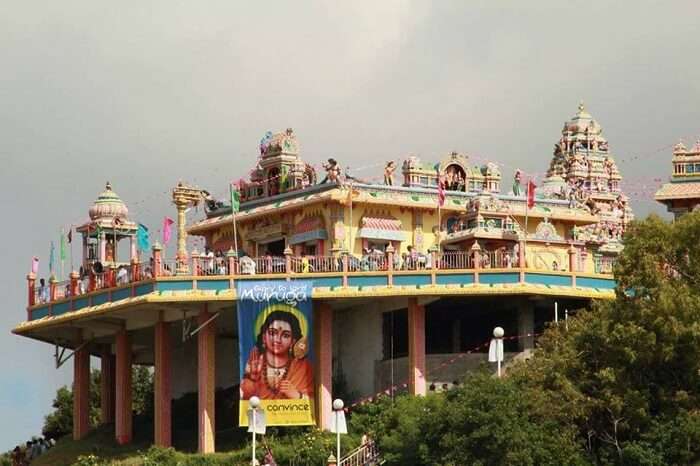 One of the top temples on the list of Hindu temples in Mauritius, is this Dravidian wonder, constructed in the year 1907, because of the idea of Velmurugan, an Indian labourer, who wanted to build a temple on the flanks of the Corps de Garde Mountain. Today, the temple is a big place of worship for followers of Murugan, the God of War and many festivals are celebrated here, the biggest of them being the Thaipoosam Cavadee festival, which is mostly celebrated in South India.

If you’re bored of the beaches, then these temples in Triolet can be your refreshing break. Enjoy the intricate beauty of these marvelous architecture which reflects the best of the Indian culture while holidaying in Mauritius!