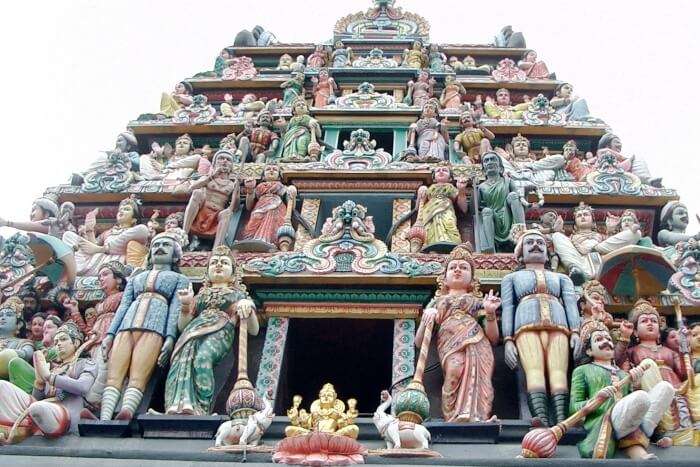 There’s no doubt about the fact that the country of Singapore has always been known for its architectural marvels, vibrant beaches, and exquisite nightlife. However, there are some aspects in this country that can be noticed tangibly as well as intangibly. These aspects include religion. The cultural structure of this Southeast Asian country has a lot to do with the presence of various religions. This is why the cultural background of Singapore is eclectic. You’ll find various Buddhist and Hindu temples in this country. Some of the major temples near Old Parliament House are visited by people from all over the world. These temples depict the religious values of Singaporeans and act as a medium for the tourists to interact with the locals.

Singapore is widely known for its architectural and technological developments that essentially took place after the country attained independence from the rule of the British Empire and the Imperial Japanese Army. However, the age-old belief system has not changed at all over the years. People still believe in the importance of religion. There are many religions practised in this country – Buddhism, Hinduism, Taoism, Christianity, Islam, and more. This is why you’ll find various temples, churches, mosques, and monasteries here.

There are many attractions in the country of Singapore and the Old Parliament House is counted amongst them. Currently known as The Arts House, this tourist site is renowned for its architecture where you can get a peek into the political structure of the country. Being the oldest building of government, it also symbolises the vast political history of this Southeast Asian country.

To make your tour around this area more happening, you can visit the prominent temples that are located nearby. Some of the most-visited ones have been listed below!

This is the oldest Hindu temple in the country and is essentially agamic. It has been constructed in Dravidian architecture and is visited by numerous locals as well as tourists. As it is the oldest, it doesn’t only hold religious or mythological significance, the historical prominence is quite noteworthy too. The founder of this temple was Naraina Pillai who laid the foundation in the year 1827. If you are a history buff and want to explore the various architectural marvels of history in this country, then this temple must be on your list.

This temple is popular by the names – Chettiars’ Temple as well as Tank Road Temple. It is considered to be one of the most significant sites for the community of Hindus in this island city state and was even declared as one of the national monuments on October 21st, 2014. Nattukkottai Chettiar Community has employed efforts in the construction of this temple.

Sri Ruthra Kaliamman Temple in Singapore is dedicated to Goddess Kali. Located amid the scenic beauty, this temple used to be a tiny shrine earlier. The Indian Hindu community members took initiative to reconstruct it to turn into a huge building. It is today famous as a spot for multi-racial yet multi-religious Bhajan listening spot. Weekly classes are also conducted to educate people about the Human values that seek attention of people irrespective of their individual faiths.

There are scores of Hindu temples situated in different parts of Singapore. It is estimated that 10 percent population of Singapore is of Indians, especially South Indians and majority of them are those that follow Hindu faith. So, most of the temples in this country have been constructed in typical Dravidian and Tamil style of architecture. Arulmigu Velmurugan Gnanamuneeswarar Temple is one of the oldest Hindu temples in the island. It als welcomes people of other faiths who flock here to enjoy the festive pomp and shows during special occasions.

Read More: 11 Things to Do in Sengkang

To learn about the heritage of Singapore, one must explore the numerous historical marvels of this country. You can visit the various memorials and museums and learn about the major past events of this country. The temples here too depict the vast history as well as the architectural aspects of the olden times. On this trip to Singapore, do visit the temples near Old Parliament house to ensure you make the most of your travel experience.