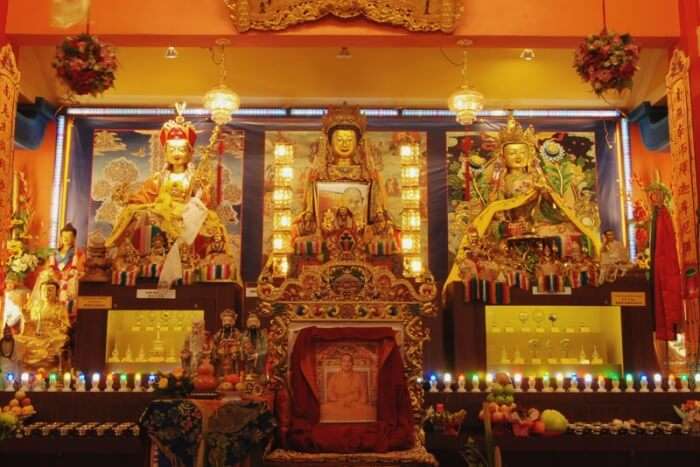 When we think of the island city state of Singapore, skyscrapers, islands, amusement parks, and beaches come to our mind. Being a major part of the sightseeing activity, the heritage sites in the country are widespread and always find a place in the itineraries of dedicated travelers. These heritage sites include various churches, mosques, monasteries, and temples. Since Buddhism and Hinduism are widely practised in the country, you’ll find various temples here. These temples are known for their historical as well as mythological prominence. There are various temples near Parkview Square that you can visit when you’re out with your family or friends for sightseeing.

Singaporean culture is an amalgamation of various cultures of the world and the variety of religions present here plays a vital role in defining it. In order to make your traveling experience in this country spiritually enlightening, you must explore the beautifully constructed temples. The multitude of religions and cultures is one of the reasons people from all over the globe keep flocking here. The heritage sites or places of worship will provide you as well as the locals with a platform to run into some social interaction – this will help you gain more knowledge on the religious structure of the country.

With a consistent weather and rare temperature fluctuations, people from all over the world love to visit the country of Singapore during any time of the year. If you want to be a witness to the Chinese New Year in this Southeast Asian country, then plan your visit in the months of January and February. From February to April, you’ll enjoy the most pleasant weather here as well as various outdoor activities. During the months of November, December, and January, the country receives wettest monsoon while the months of May and June are considered the hottest.

June to August is a great time to explore the various shopping malls in the country, as the much-awaited Grand Singapore Sale is organised. This is also the time when you can plan a budget trip to the country, as the fares of hotels and flights are quite low. You can even spend a hassle-free vacation during this time,for the streets aren’t as crowded.

Parkview Square is an awe-striking office building that has been established in Downtown Core Planning Area in the central region of Singapore. It is situated alongside North Bridge Road and is at a close distance to the well-known commercial hub of Marina Centre. Located close to this building are various temples that you must include in your itinerary. Some of them have been listed below!

A fine example of art and architecture, this temple houses an eleven feet tall Buddha statue weighing 10 tonnes made of pure white marble. The statute originally came from Mandalay and is one of the largest marble Buddha statues in the world. The Bodhi tree here is said to have been originated from the same tree under which Buddha got enlightenment. The temple made in 1875, is the oldest Theravada Buddhist Temple, which makes it one of the most famous Buddhist temples in Singapore.

Read More: Explore the heritage places in Singapore for an incredible experience

Traveling to Singapore will be the time of your life if you include most of the heritage sites in your itinerary. The country is known for its technological advancements and architectural brilliance but the religious aspect of this Southeast Asian country is undeniably the best. The above-listed temples near Parkview Square to make your travel experience comprehensively amazing.