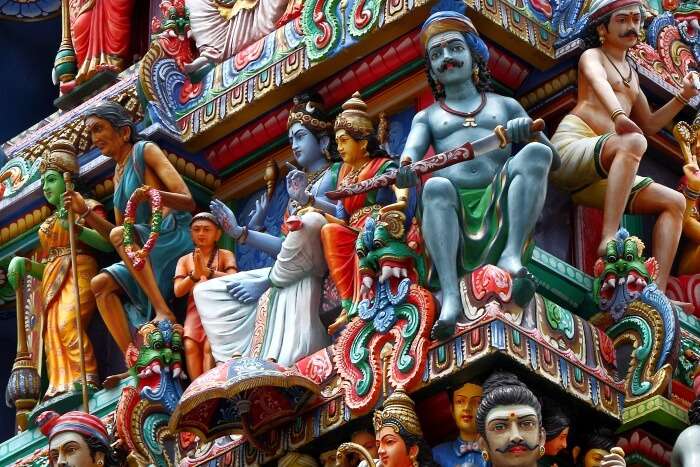 Singapore is one of the most prominent tourist attractions in the world. While the island city state is full of prominent tourist sites that define the modernity prevailing in it, there are some heritage buildings that deserve a visit at least once. The country is a home to various religions – Buddhism, Christianity, Hinduism, Taoism, Islam, and more. Based on these religions, there are heritage sites in Singapore that depict the values practised by Singaporeans in the right way. There are many such sites established in prime locations of the country, situated at a close distance to the major tourist attractions. You are going to find various temples near Sentosa Luge that will make your trip spiritually enlightening as well as peaceful.

Tourists from different parts of the world come to this Southeast Asia to witness the glory of these beautifully built temples. Since there are multiple religions practised in this country, you can also find a wide number of churches, mosques, and monasteries. Even though the country of Singapore has always been known for its numerous modern developments, the religious structure has never faced any kind of hindrance and remains intact since times immemorial.

The climate in Singapore remains essentially the same round the year. The seasons don’t change and neither does the country observe any changes in the temperature scale – the temperature ranges from 25 °C to 35 °C. This is why, the time period between November and January observes the wettest monsoon. The constant climate is more associated with the Intertropical Convergence Zone and has less to do with the trade winds.

The chances of cyclones in this Southeast Asian country are quite less. From July to October, the country can observe haze owing to the bush fires that happen in Indonesia. Moreover, the months of May and June receive the most heat in the year. This is why, the best time of the year to visit the country of Singapore is considered to be between February and April. The weather is the most pleasant during this time and therefore people love getting indulged in outdoor activities during this time.

Sentosa Luge is one of the numerous tourist attractions in this country. This place is ideal for adrenaline junkies looking to undergo a worthwhile experience in the island city state. Being a part of Sentosa Island, this venue attracts tourists in huge numbers since its opening in the year 2005. This luge has 4 tracks, namely Jungle Trail, Dragon Trail, Kupu Kupu Trail, and Expedition Trail.

After an exciting experience in this luge, you must visit some of the prominent temples located at a close distance from here. This will ensure you bring your mind to peace after a long day. Some of these temples have been mentioned below!

Read More: 11 Stunning Temples In Singapore You Must Visit On Your Holiday

Built in the year 1827 by Naraina Pillai, Sri Mariamman Temple maintains its reputation and recognition as the 1st Hindu temple in Singapore. Located at 244 South Bridge Road, it is an agamic temple that had been built in the Dravidian styled architecture. With the abundant architectural and historical significance, this temple remains a major tourist attraction in Singapore irrespective of peoples faiths. The temple has already been listed among the National Monuments of the island country. It has been dedicated to the Goddess Mariamman, who is known for her power to cure severe and life threatening illnesses and diseases. Tourists from across the world visit this temple and wish to get saved from various chronic diseases. They have a firm belief that by worshiping here, they would be cured of the chronic illnesses.

Read More: 9 Popular Hindu Temples In Singapore To Turn Your Trip Into A Mini Pilgrimage

In order to make your Singapore holiday more intriguing, don’t forget to visit the temples near Sentosa Luge. The resort island of Sentosa has been specially established to attract people from different parts of the world. The temples located at a close distance from here will be equally of interest to history buffs, archaeologists, and those who have a thing for spirituality and mythology.