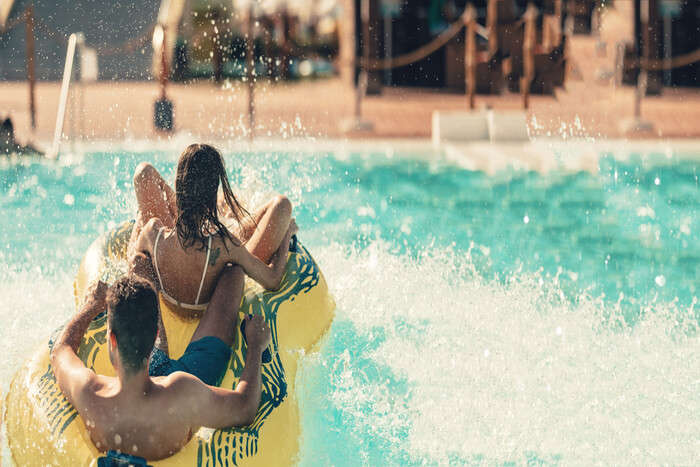 Children love playing water, splashing the water and enjoying the rides. If you are a parent looking forward to spending a fun weekend with your kid or planning for a unique birthday surprise, why not spend the day at some amazing water parks in Sydney. Even the best celebration won’t compare to the pleasure that kids get in water parks.

9 Most Exciting Water Parks In Sydney

The following are some of the best water parks in Sydney for your kids, and believe us you will literally have to drag them out of the rides:

The Wet’ n’ Wild is one of the biggest and most reputed water parks in Sydney. There are as many as 40 wet’ n ’wild Sydney rides options, which will literally spoil you for choices. There are slides, a wave pool, dinosaur lagoon, and other attractions. Apart from that, there is a specific section specially dedicated to kids developed by Nickelodeon. The park offers free parking. To beat the heat, it has become one of the favorite spots. The Wet ‘n’ wild Sydney tickets can be booked from their website online or bought from the park itself.

Ticket price: The pass price begins at $59
Season: It is open from September to April.

It is one of the magnificent water parks in Sydney, which is sprawling across 40 hectares of land. The Jamboree Action Park is no less than a storm. You name it, and they have it; the fastest, tallest, and longest ride built ever. The water park is located a bit away from Sydney, but it is worth planning a trip. The water park has several rides which are suitable for kids as well as adults.

Ticket price: The ticket price begins at $59.
Season: It is open from September to April

Aquatopia is one of the famous parks with water play that is created to offer amazing water park experience to the people of Sydney at affordable prices. The water park consists of an adventure aqua tower with 79 unique elements along with a wave rider, 10m high giant slides, and toddler’ pool. The park also allows you to bring the food and water of your own inside.

Ticket price: The ticket price ranges from $15 to $50
Season: It is open from September to April each year

This one is relatively a new water park on the block but has gained immense popularity in a short span of time. It is one of the free water parks in Sydney, which can also be attributed as the reason for its popularity. The water playground in Sydneyhas musical instruments, swings, diggers, trampolines, and flying fox. The water section has a ready to use the water pump.

Ticket: The tickets for domain creek playground are free.
Season: It is open throughout the year

The water park is one of the best water parks in Sydney. It is not opened for the entire year; still, it has gained popularity in Sydney. The playground is suitable for kids of all ages. It will amuse your child irrespective of their age. You can find some of the best fountains in the water park, which makes it a must visit.

Ticket: The ticket for the water park is free

The Granville water park is one of the popular water parks in Sydney. It was designed to be sustainable and has a wide array of water rides. The ‘tipping buckets’ is one of the main attractions that dump 1600 liters of water in a minute. The park is built on a sprawling 13.2 hectares of land, and there is a playground next to the water park.

The Darling Quarter is one of the popular water parks in Sydney Australia. You will always find kids brimming with excitement in the water park. A large section of the water park has a pump station with as many as 26 water jets, which make several beautiful water patterns. It also has a water school that splashes water and an Archimedes water screw. The water park also features a dam that is controlled by 5 water gates, 7 water switches, and water wheel.

Ticket: The ticket for Darling Quarter is free.
Season: The water park is open in all the seasons.

The Putney is a beautiful water park in Sydney which is located on the banks of River Parramatta. One of the main attractions of this place is the infinite expanse of grass and the natural area, which is no less than a visual delight. The park has a massively huge playground which consists of a water area so that both kids and elders can enjoy.

Tickets: The ticket price varies, so it is best to visit the site before planning to visit.
Season: It is open during most of the seasons

It is a water fun park in Sydney which consists of 2 playgrounds. It is suitable for younger kids only. The place is perfect for kids up to the age of 8 years. The water area is safe for kids and child-friendly so that parents can rest assured that kids are at a safe location. There is soft blue sponge on the floor of the water area from where the jet shoots.

These are some of the best water parks in Sydney which can be enjoyed by kids and their parents as well. They make for a perfect place to enjoy picnics and weekend getaways. So, on your family vacation to Australia, make sure you add these fun-filled places to your itinerary.

Casinos In Sydney: Try Your Luck At Some Of These Incredibly Amazing Australian Gamehouses

These Casinos In Australia: 10 Places To Let The Inner Gamer Out

Water Parks In Canada: 9 Places To Let Your Inner Child Out

Casinos In Melbourne: 4 Game Houses To Set The Dice Rolling In Australia