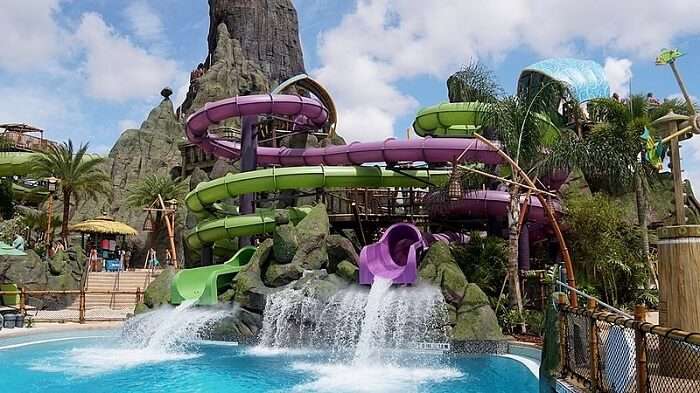 The country of Singapore was captured by the British empire as well as the Imperial Japanese Army. In the year 1819, the colonial Singapore was established by a British statesman, Sir Stamford Raffles. In his memory, there’s a statue erected in Downtown Core and the spot is called Raffles’ Landing Site. It is believed to be the place where the British statesman first landed. Most of the tourists can be seen around this attraction. You can make your tour more productive if you’ll also visit the water parks near Raffles’ Landing Site.

The influence of British empire is visible through various architectural motifs and culture. After gaining independence, the country of Singapore saw various developments happen over the years. As of now, the country is considered to be an international centre for entertainment, education, finance, human capital, tourism, and more. Moreover, the country now has the most expensive properties in the world and the unemployment rates here are one of the lowest as amongst the developed countries.

Apart from Raffles’ Landing Site, there are various monuments and points of interest for which the country is known for, including Marina Bay Sands, Gardens by the Bay, Singapore Zoo, Universal Studios Singapore, and more. The cultural significance of Singapore is easily reflected through art as well as cuisine. Since the country is home to a multitude of cultures and this is why regardless of a tourist’s nationality, the country satisfies most of the people.

If you want to visit Singapore during the time when the country is the busiest and most vibrant due to festivities and other events, then visiting during the time period between February and April would ideally be the right thing to do. However, if you want to travel when the city state is not bustling with crowd and the fares are not high, then plan your visit during the summer in the months of June, July, and August.

The months of November, December, and January observe comparatively wetter monsoons of the year. The hottest months of the year are considered to be May and June but from the month of February, the country has the most pleasant weather when you can even come out and indulge in various sports as well.

Raffles’ Landing Site is a true reflection of the influence of British colonisation. At the backdrop of this attraction are the breathtakingly tall towers with modern architecture. Located in the Downtown Core, the business centre of Singapore, this statue is definitely a sight to behold!

If you’re traveling with family, make sure you do not limit yourself to sightseeing and visit the amazing water parks that are located nearby Raffles’ Landing Site. Some of which are even listed below!

One of the major and internationally famous attractions in Yishun, Singapore, the Woodlands Waterfront Park has attained global recognition from this tiny place. With an area of 110000 hectares, this scenic and tranquil coastal park looks amazing overlooking the sea from the north. Apart from housing a large playground with a wide range of equipment availability, this beautiful park also has a 1.5-kilometer long waterfront promenade. Scenic beauty and facilities make it an ideal spot for recreational activities. You enjoy an unobstructed and panoramic view of it besides exercising in its both adventurous and challenging trails.

This is also a great place for refreshment. Most of the people who come here always go to this park. There are boating options for the people. The whole ambiance of the park is great. Apart from this, there are ample sitting places for the visitors. They can sit and enjoy the fresh air. It takes approximately 2 hours to visit the whole park.

10 Enticing Things To Do In Punggol To Explore The Peaceful Town!

If you are tired of the heat then just head out to Adventure Cove Waterpark where there’s enough to keep you cool and quench your thirst for adventure all at once. This place has seven thrilling rides which include the adventurous Pipeline Plunge. As the name says, your heart will beat faster than it has ever before when you drop down from a high chute and go through bends and turns to splash out into a water pool. But if you want to have a day of rest then take your buddies and go down in Adventure River which languidly goes past 14 habitats. These include a spooky grotto, jungle gardens and also an underwater tunnel which is filled up with marine species that are swimming all around and above.

Your vacation in Singapore would undoubtedly be worthwhile if you indulge yourself in various things to do. One of the most thrilling as well as fun things to do in this country of Southeast Asia would be enjoying your time at the waterparks! The water parks near Raffles’ Landing Site listed above are a must visit after you’re done with sightseeing!